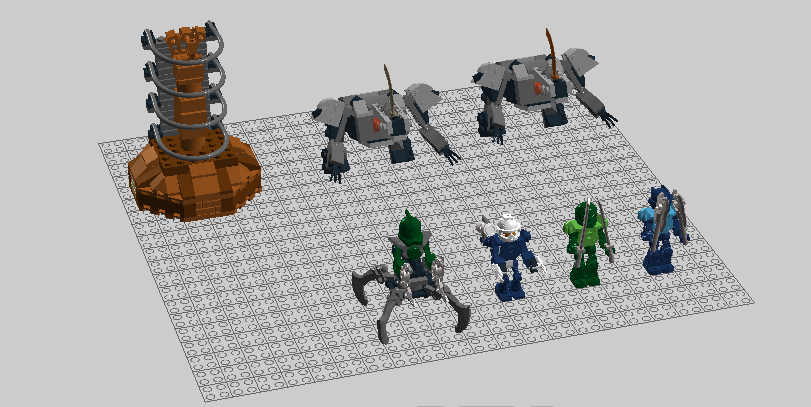 As the Dark Hunters relentlessly pursue the Toa Metru, Nokama and Matau turn the tides with the savage Kikanalo. Nidhiki and Krekka must try to escape the stampeding beasts. Taking cover behind the collapsing statue, the Dark Hunters may have lost their prey.

Contains
-two Kikanalo, including a leader, each with nine points of articulation

-a statue with climbable scaffolding, and a collapsing function

Here’s an action shot of the entire set:

Notes: This is my first major LDD MOC, and my first MOC on the message boards, so any and all comments, and especially criticism are appreciated.

Very accurate replica of the underappreciated hand statue in Po-Metru. The Kikanalo are neato too

I love that is the function you decided to include in the set. Great set.