Personally, I like the G2 concept that they just have metallic skin and bones, but being Bio-mechanical could be an interesting addition to the Brothers’ story

I just like the idea of them being more human like as in they can get sick or can break a bone and in the inverse can be treated for there ailments. Plus it elevates the whole problem of do they eat or get tired.it gives the idea of “die-ing” in g3 more of a tangible feeling rather than a robot dieing that could just be put back together. (Yes I know of the whole life force thing)

Plus I wanted to put out the idea of talking about the main characters personas more. I posted on this thread my idea of what they might sound like and act themself and among other in the group.although the post was not popular by that I mean I dout anyone read it. but I think I did a good job capturing ther personas.

Plus I also wanted to say ( I’m having a brain fart on witch cast members said it) I love the idea of the water tribe having an old abandoned village under the waves. It would make a great sub story. With a cthulu like creature acting as a guardian. the old tribe members could be more creature. like having adopted more fish attributes. ( I have a rough picture of what I think the villagers would look like but I dont know how to post a picture from a phone

And I still would love to see the wind tribe do more with stuff like lumber and fruit weather it be just for themself or it could be one of the less desirable jobs thats why it’s not a main export. I just dont like them only existing to work for other tribes.

Thanks if you read the whole thing this was a basically a ramble post of random ideas .and sorry if there is typos I have huge hands and a small phone not a good combo.

I have not been following this at all so I have no clue what’s going on. Can I assume that the first post is what’s currently established? Mostly, I’m looking for the elevator pitch.

Looking at the boards, it feels like it’s diving deep into “distraction” discussion than the core.

I have not been following this at all so I have no clue what’s going on. Can I assume that the first post is what’s currently established? Mostly, I’m looking for the elevator pitch.

Its official, but out of date. The Cast has gotten enough to finalizing the story bible for the “first year,” and for the moment there isn’t much for the board except work out the details.

We’ll probably have more to work with once they put out the new canon.

I’m new here, But I have an idea for a Karzahni and for events that lead to year 3.

The idea is that after Karzahni made the lightning tribe and when Makuta and Ekimu isolated him on the island he did some More or less immoral experiments with elements that had terrifying results. And when Makuta, Ekimu and The Elemental Gods find out and when they saw how insane he was They are almost immediately imprisoned on the island.

But the island was unstable, and after a few years, one piece broke off of the island and fell into the depths of the sea and took half of the prison with it. The prison eventually begins to decay until Karzahni was free again and continue his experiments on the elements, life, death, space and time. But with the power of his mask he saw something Dangerous coming or may be coming, but in any way he will not allow even the possibility. His mask not only showed him what would happen but also the solution. It showed Karzahni the only way to stop this danger is by combining the power The Elemental Gods by combining The Elemental Gods themselves in to one being. The problem is he can’t ask them for help or make new Elemental Gods. He can steal their power, but one step to the island would be immediately detected by the The Elemental Gods.

Karzahni started right away. A few years later he made the first race with a link to the elements, the Skakdi. Although they were physically stronger than the Toa, their connection to The Elemental Gods was weak, they could only cover the surface of their body with the element and maybe even move the element if they were very concentrated. They were a failure. 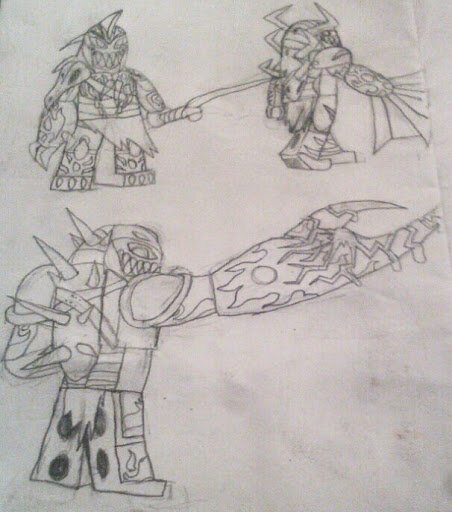 After a few years, he made a new race the Vortixx, they had a better connection with The Elemental Gods and were more intelligent than the more warrior like Skakdi, but their connection is a little better than the Matoran and not even close to the connection that Toa have. They too are a failure, closer to the goal, but still a failure.

Then after the Vortixx he tried to improve the Vortixx and the Skakdi, who began to fight between one and the other to prove which race is better and worth living on the island. Karzahni did not care about their war, even though he liked the chaos that the war had caused. With experiments he found new things such as Protodermis, a teleportation machine, crystals that can hold elemental energy … With Protodermis and crystals he made 6 prototype Gauntlets which can Absorb elemental energy and control it. But they did not absorb elemental energy directly from the gods. And gave them to the Skakdi. He made a lot of Protodermis tools and crystals, but none of them was a success.

After a few years to the present, he found a flying city away from the island with violet Matoran liveing in it, they were far away from the reach of the gods. “Great” he thought to himself, and decided to kidnap all the Matoran in the city to experiment on them and to make his own Toa. He took some of his ‘’ experiments ‘’ and immediately left in the direction of the flying city.

While I’m not 100% with your pitch (There are some plot holes, for example, the lightning tribe was made by Karzahni) I like the idea of adding Skakdi and maybe even Vortixx.

I thought about this, how, or even if to introduce them. Your idea does work to some degree, but it will need a lot of polishing.

I suggest you make a new thread about it so it gets better attention than a simple post.

Thank you for your opinion. I will try to fix some of the plot holes and make a new thread.

But I will not have an internet connection from today to Monday because I’m going to visit relatives and my grandfather does not have a computer.

Okay, I did what you told me and I made Topic and changed that Karzahni was not aware that his Matoran are no longer on the island.

But until I get a little more information of the plot holes in my story, I can not change anything else.

Here is a link to Topic

Forgive if it’s been stated already, but have we decided how exactly the transformation into Rahkshi works? Is the “fused with Rahi” bit still valid or do they just automatically transform upon wearing the Masks of Monsters?

here is just a recently finished image from one of the Rahkshi commissions from Oomatu: 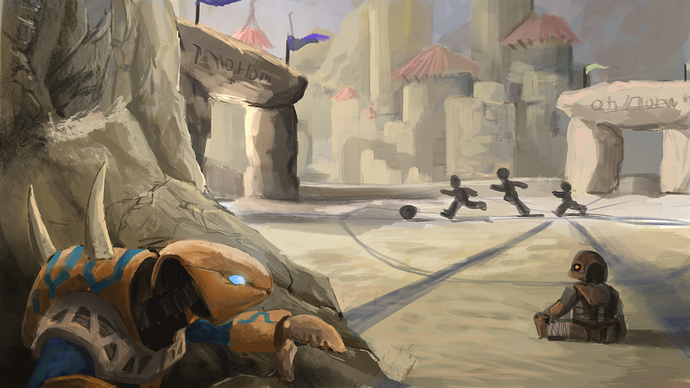 image.jpg1920×1080 553 KB
Here is a little info about the image. It’s about Panrahk spying on his son (the one with the bandaged leg). See, in my rahkshi pitch, Panrahk is a father who only joined the Brotherhood in order to save his son’s life, who at the time was severely injured. Thus his reason for working with some of the more villanous members of the Brotherhood is more that he has to in order to repay them for saving his son’s life, but it does not mean that he does’nt regret his actions as a Rahkshi.
15 Likes
Fidda August 27, 2017, 9:47am #568

so, a villain who only became one because he had no choice? a little bit of a cliche, but I like it

here is something i though about after seeing this scene from Gods of Egypt:

What if instead of Makuta slowly returning back to his former form after regaining his powers over time, Makuta, after having gained some of his old power back, then has a similar ceremony as is happening in this scene with the Brotherhood forging Makuta’s new physical god form.

In this way, one could even allow Makuta to receive a possible re-designed look, with his pre-slumber form possibly being released as a an exlusive figure (i mean LEGO have done that before with Sir Fangar’s healed appearance, Merlok’s human form and others)

Minus the Body parts things.

That always got me.

I have an idea for The Shadowed One and the Hordika Dragons.

Hordika Dragons are a type of Rahi, who migrate to the island, once a year. They nest on the cliffs in the desert, were they lay their eggs in shallow cliff side holes. Their eggs need dry and hot place to hatch. 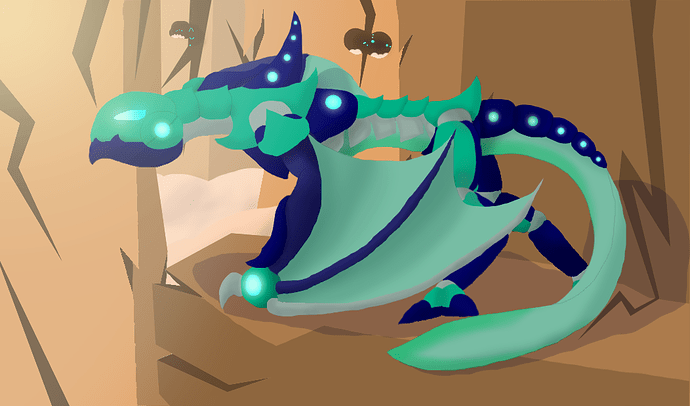 (Here’s a picture of a Hordika Dragon i painted.)

The Shadowed One knew about this and planned accordingly to get some of their eggs. Before The Hordika Dragons came, He and some other of his hunters made a subterranean tunnel to one of these nesting holes and waited for one to come and lay eggs. And when they were not looking he took 4 eggs and got out of there before they notice. After that he just waited for them to hatch. When they did he mead sure to be the only one in the room. And when they immediately imprinted on him. Now they ar his loyal, deadly and obedient pets.

Can I get a summary of what of the discussion is officially canon so far? Also what on kanohis? Do they give additional powers or are they simply essential for life?

This list is outdated.
For the Island environment and culture you can try this.
For the story this.
For character blurbs this.
It is really simple, if it has no link it came from the story bible. Links usually mean they are pitches and usually not cannon. Quoted parts are proposals accepted as cannon.

If this does not cover everything you can try general questions where most of the questions asked have been answered.

As far as I remember, kanohis are not essential for life, they give powers in a limited way. Were addictive and were sealed by the Toa to prevent a civil war of sorts.

I LOVE this pitch! It makes him feel more human, more tragic, does he turn good to save the toa? Or does he die knowing his son is safe? A very interesting character

i know its not for your g3, but I made this evolution chart. 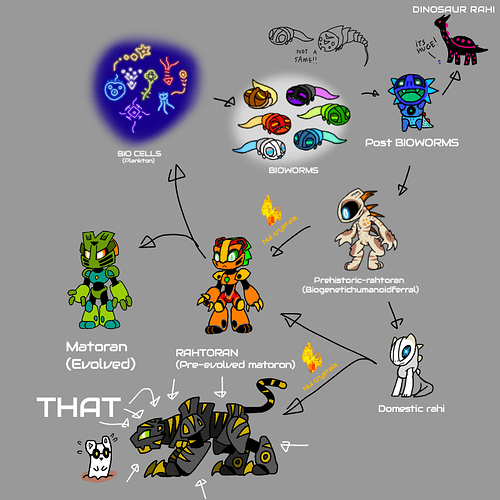 well, here is a little head canon from me when it comes to this idea. in my head (altered after someone suggested it later on), Panrahk losses his son in the Civil War, and that loss is what makes him fight back against the Brotherhood (also, Makuta had cast him and the other Rahkshi aside and replaced them because of having failed him too many times at that point) In the end he dies after aiding the Toa, with hope in his heart that he would see his son again in the afterlife.

this whole idea was based on this scene from Justice League: 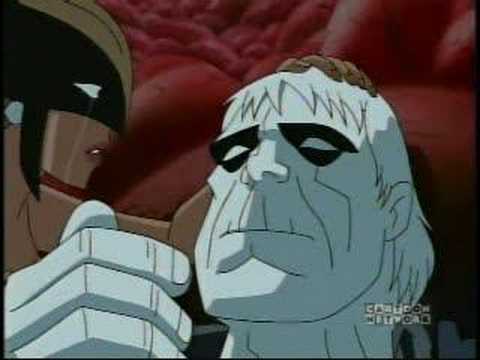