[Brickonicle] The Battle of Light and Shadow 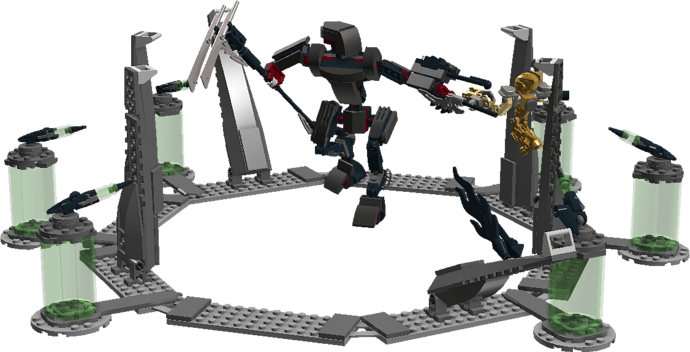 He has plagued Matorankind for centuries, bringing Chaos, Destruction, Death, and most of all Shadow with him wherever he goes. It was he who felled Mata Nui into an endless slumber, who plunged the island and it’s inhabitants into unending Darkness. He seeks to rule the Universe in his brother’s place; he is known as… Makuta. But there is hope, for it was foretold that there would be an end to the darkness, a Toa would arise with the powers of Light itself, who would face the Makuta, end his reign, and restore the Great Spirit from his slumber. And now Takanuva, the Toa of Light, has arisen, ready to face the Makuta no matter the risk. The Battle of Light and Shadow has now begun, and from this battle, only one can walk away!

This set comes with a Takanuva minifigure, a giant Makuta figure, six pillars that can be knocked over, and six Antidermis canisters equipped with needle-shooters. 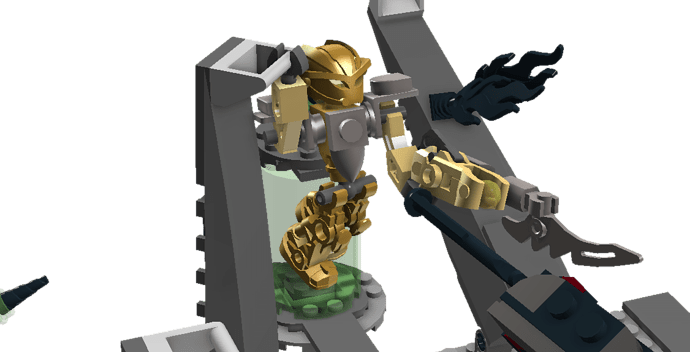 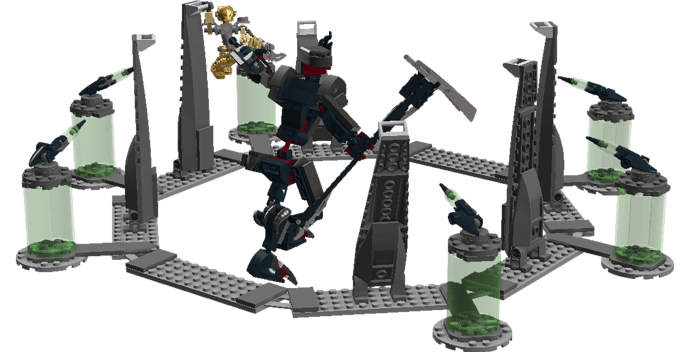 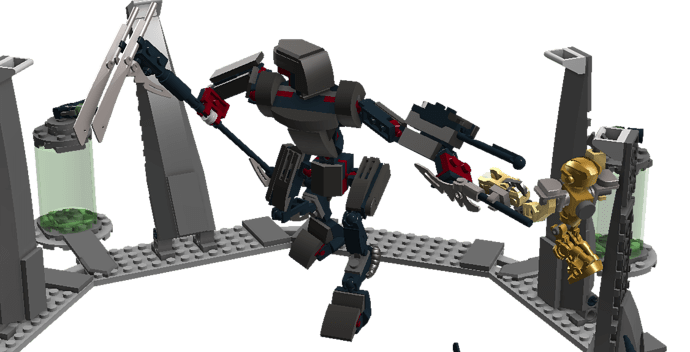 Reminds me of the videogame. Makuta´s got a great pose.

Great style would definitely buy it if it were a set!

The set kinda bugs me that it’s mirrored.
The Makuta build is nice until you look at the hip behind-

This is pretty cool
Like many i really enjoy the makuta

The set kinda bugs me that it’s mirrored.
The Makuta build is nice until you look at the hip behind-

I love this Makuta!

Seems a bit low for a set of this calibre, given Lego’s bizarre standards. I’d say fifty-some. It’s quite impressive, how well you got the Makuta figure, and Takanuva’s not half bad, either. I like the Rahkshi canisters, also. Do you plan on making/have you made another entry with Rahkshi figures?

Not yet, but I do have Rahkshi minifigures on standby, I was thinking about building a Kini-Nui battle scene, or something

Just a reminder that you have to post a link to this entry on the contest topic to actually enter the contest.

I like how you used the new SWC blaster thing.

only one can walk away!

and the other will just have to settle for floating away.