Hello TTV. Thought I’d showcase some of the Hero Factory revamps I’ve been working on over the past couple of years using my standardized Hero frame. Here are the BREAKOUT Heroes!

Consider this my contribution to HeroFebruary while I am shielding and unable to create new content. 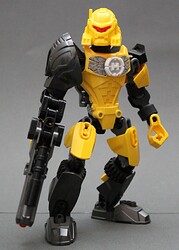 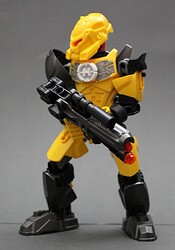 The first set I picked up for BREAKOUT and an all-around great action figure. I initially wanted to incorporate the blaster into his Tank Arm but, owing to the shape of the Star Wars blaster, I ended up going a more generic route that at least affords him the dignity of having both hands. Overall, very happy with this version. 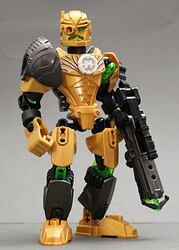 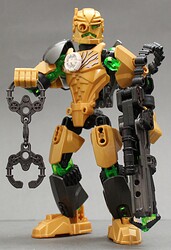 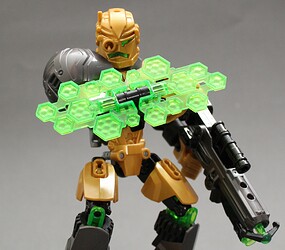 The first revamp of this series, the original set was my favorite of the lineup. Condensing the frame down and incorporating the first gold hands on a Hero, I do feel I have mixed in a little too much of his Brain Attack form. Blaster is likely to get modified and the trans-green bones will be muted. 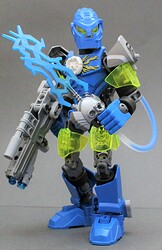 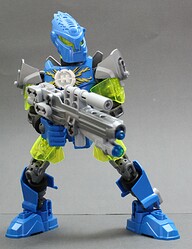 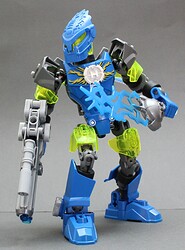 Surge presented one of the most pronounced challenges of the project, widely regarded as a poorly armored and uncreative set. Swapping the lime for trans light green armor and filling in the rest with blue or gray worked pretty well, upholding the original design language. 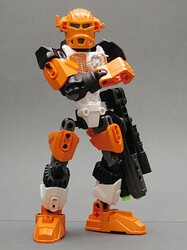 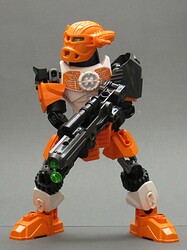 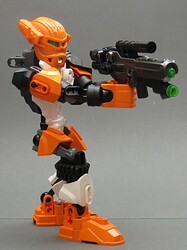 Standard frame and gap filling. I will likely add the laser-pointer element when I manage to reconfigure it as an effective weapon. Nex is quite poseable and I’m very pleased with the end result. 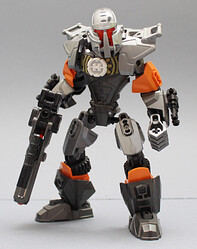 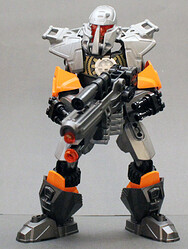 Using a similar frame to Furno, Breez and Rocka as the mid-sized Hero, Bulk has been condensed down to a more standard height. His high-impact shoulder armor is attached more effectively and actually fits with the shape of his helmet quite well. Only thing missing is his shoulder-mounted missile launcher, which I felt was somewhat overkill. I may include it in later iterations, but I’m happy with him for now. 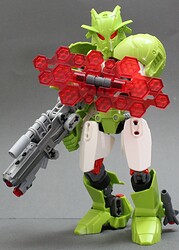 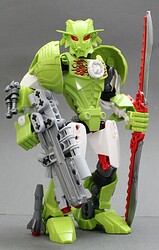 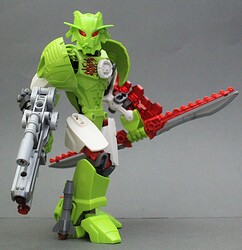 Especially proud of this one. I was able to shorten the bones while keeping the component color scheme. I also incorporated the Hex Shield and booster rockets while reducing the gaps of the original set. 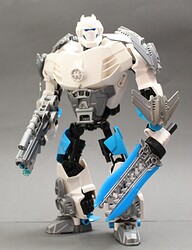 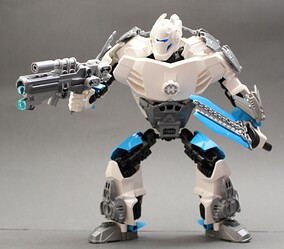 My personal favorite of all the XL Heroes. Having never bought the set, it gave me great pleasure to finally realize the character in revamp form. While some liberties have been taken to fill out the bones and torso, I feel these changes to be overall advantageous to the appearance of the character. Additionally, he also wears the Brain Attack variant of his helmet, which felt larger and more appropriate for his XL form. 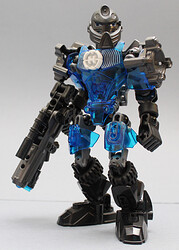 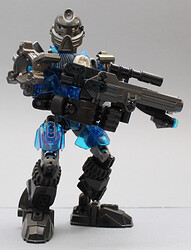 Was quite disappointed with the downgrade of Stringer at first but feel I have done him a great deal of justice here. Retaining his unique Quad-Decibel Speaker addons, Stringer here benefits from the trans-dark blue armor shells first seen in the Protector of Water, which matches his torso armor. Would have been nice to have seen this included in the original set, but wave 2 of BREAKOUT was beginning to veer into metallic territory by this point. 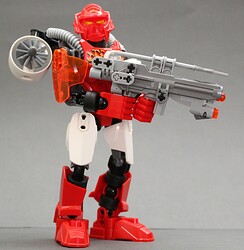 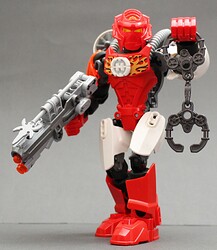 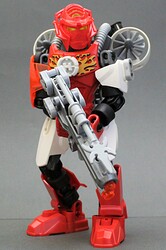 Similar to Breez, this frame relies on a shortening of the bones as well as an overall redesign of the propellers, which are now attached to ball joints on the back for added range of motion. I was a big fan of the white/red color combination and this version of Furno was always a favorite of mine. 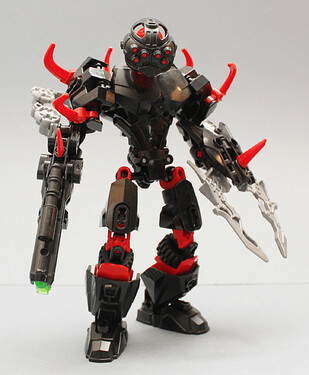 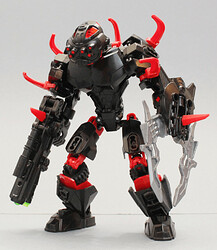 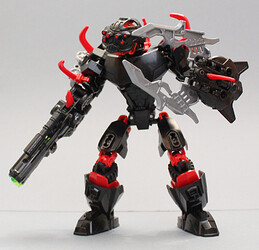 And now time for the villain.

Few alterations made to the breakout villain of the BREAKOUT line. A few tires added for muscle texture and gap filling, a modernized blaster typical of my other Standardized Revamps, and a few tweaks to the back. Be sure to check out his MOC Spotlight video!

And, at last, the full Hero Lineup.

That’s all for now.

Be sure to acknowledge my fascination with system tires and how this build doesn’t work for you in a comments below.

Great work! The only one that I think could use a little work on is Stormer. While I know that you said that you didn’t buy the set, I personally think that the torso would look better with the set’s stickers, since it would add a little color to break up the otherwise completely white upper torso.

That being said, these are all vast improvements over the actual sets.

Hardly a difficult alteration to make. As you say, it might bring out more of the azure as well. Thanks for the feedback.

Always been a fan of your revamps.

Simple but effective. I really like the way Stringer turned out, most likely because he was the first constraction set I ever actually bought. Bulk’s shoulder armor also stands out as flowing quite well with the helmet. Huge fan of your revamps.

Most of these look a lot better than the originals, in my opinion.

I think it’s partially because they’re more vibrant and detailed.

YO BOB IS HERE!

It’s amazing how even just a tweak to the proportions makes these characters so much more appealing!

I had Breakout Furno, so that revamp is definitely my favorite! Aside from Evo and Rocka, I think he was one of the best Breakout Heroes.

Amazing work! I’d love to own every one of these! Hope we can see the rest of the villains, Breakout was the best wave!

Joking aside, these are quite good Bob. Color distribution is excellent per usual, particularly on Furno. You made core hunter look really cool too.

These are all wonderful. I especially love the improvements you made to Stringer and Surge to bring them up to speed with the others.

OMG, I love these. I’m a massive breakout fan and can’t wait to see your edition of the villains.