Ever wanted to know more about comics but didn’t want to read hundreds of issues?
Ever been curious about how many different Lantern Corps. there actually are?
Ever wonder what the Speed Force is or how it works?
Ever find yourself wondering who exactly that was in the latest end cretsits scene?

Wonder no more, my friends. Each week I’ll be going over a new topic from the wonderful world of comics. I’ll be using only reliable sources and my own knowledge, and will attempt to make my information as factual and up-to-date as possible.
And yes, I will be taking suggestions and requests for what to talk about.

So let’s start things off with one of my favorite characters. 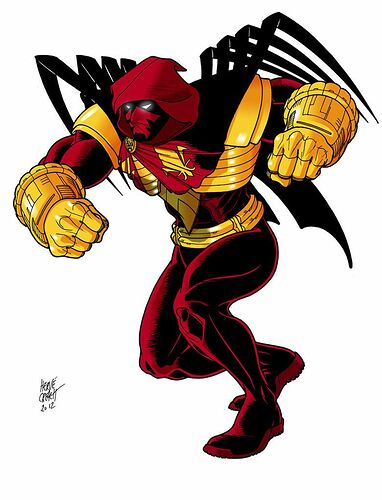 Introduced in the early 90’s, Azrael was created with his entire arc firmly planned out, which is extremely rare for a character. His entire purpose was to replace Batman after Knightfall.

In-universe, Jean Paul Valley was a normal college student when his dad turned up on his doorstep bleeding and dressed in a suit of chain mail armor. He revealed to Jean Paul that he had been subliminally trained since birth to take up the mantle of Azrael, angel of Vengeance and servant of the Order of St. Dumas.His father then gives him information on how to find the order and promptly died.

After receiving training from the order, Jean Paul defected and joined Batman’s team. For some reason, when Bane broke Bruce’s back, Bruce didn’t call Nightwing to replace him. Instead, he chose Jean Paul.

And then this happened. 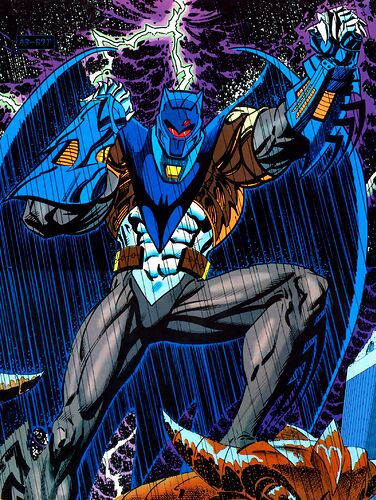 Needless to say, he was a tiny bit more violent than Bruce. He even went so far as to kill a villain. Once he got wind of this, Bruce returned and reclaimed the mantle, leaving Jean Paul to return to his role as Azrael.

Azrael later died, but unfortunately I do not have any details on that. The mantle of the knight was passed to another, but Jean Paul temporarily returned to life as a Black Lantern during Blackest Night.

So that’s the first of hopefully many. Please leave your feedback below, and feel free to suggest/request a topic to me!

This is what I wanted so many years <3
Quick history of different comic book heroes.
UR MY HERO.

feel free to suggest/request a topic to me!

It looks like you are the Message Board’s Comicstorian.

I think Hank Pym would be a pretty interesting character to go over.

Did something similar to this in a video format a very long time ago, would be nice to see you continue this with other characters from varying comics. Look forward to seeing more

I like this straight to the point style! I give 10/10!
The Blue Beetles would be nice thing to see, as I am not very knowledgeable to Dan or Jaime. And I know very little about Ted, sadly…

This is a cool Idea! I already knew all that about Azzey, but I look forward to more of this!

I suggest the lantern cores, I know them all, but I know quite a few people who didn’t even know there was more then green lantern

this is a cool idea

Who are these dummies, I must hunt them down and force them to read every GL comic!

This is something I am going to enjoy very much, Calvatron. As a recommendation, you should go over “Night Nurse.” She’s an interesting character.

I like that guy that said Lobo, because I have a comic with him in it, but I wanna know more…

Unfortunately, Lobo happens to be one of my least favorite characters. He’s too “edgy”

It’s a shame, but you do what you wanna do…