This is my interpretation of the first toa, based on the available descriptions. 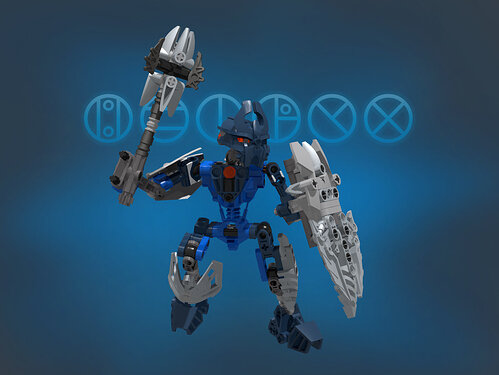 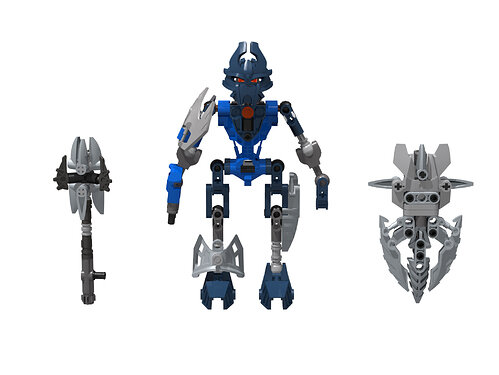 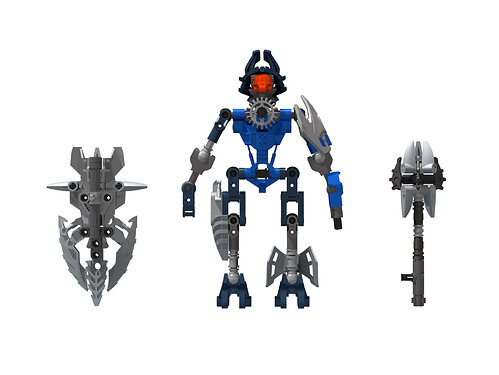 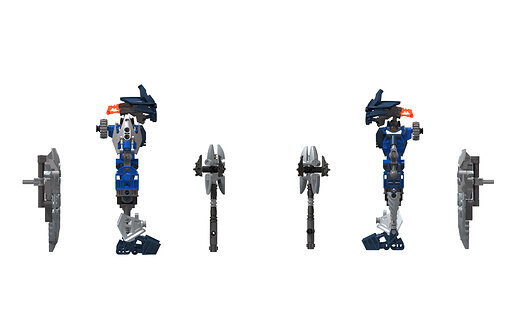 Being the first toa, I based my interpretation of Helryx on the mata build. My goal was making a frail looking toa mata with more points of articulation.

I decided to make the armor asymmetrical to better give off the appearance of being worn by many battles.
Since Takanuva described Helryx’s armor as unfamiliar to him, so I made it mostly with 2009 pieces.

I opted to use more shades of silver and grey to somewhat simulate the wear and tear. 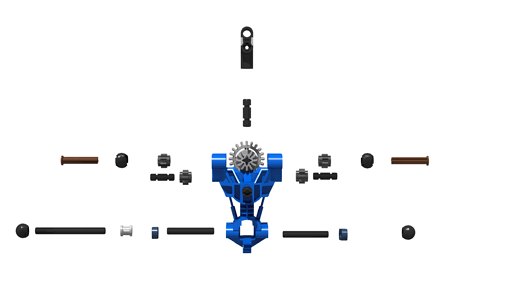 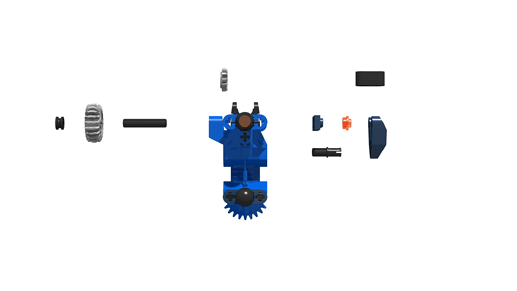 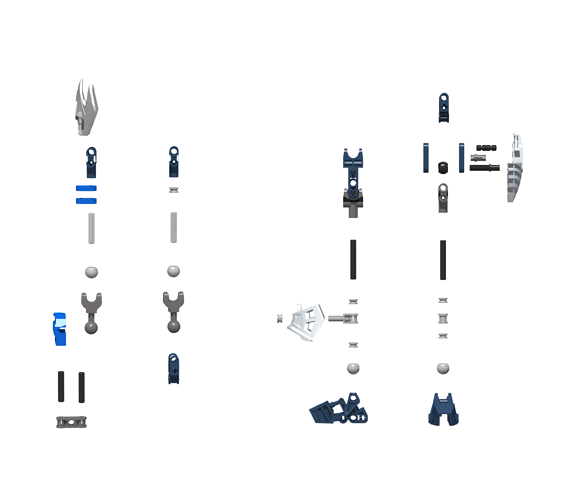 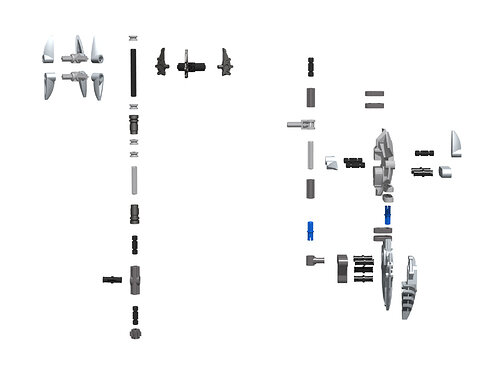 This is the stud.io file

The model requires the use of a parts pack by SwampKryakwa

The placeholder mask I used is the Mask of Psychometry by Galva
https://www.thingiverse.com/thing:4261769

Due to some problems I had in the process of importing the model of the mask into Stud.io, the piece appears distorted and isn’t fully inserted into the head. The original 3D model does not have this issue.

I hope you’ll like my interpretation of the first toa.