So this was gonna start out as an attempt to make a good female MOC, but I got bored of that and instead decided to do something cooler. 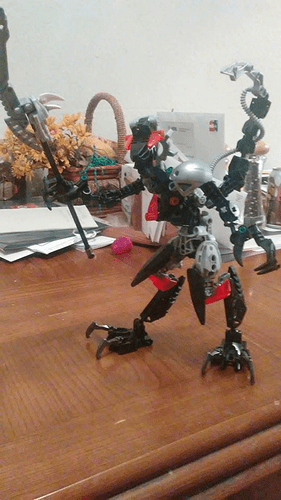 Long ago, Carika was a Vortixx who served as secret intelligence for the Brotherhood of the Makuta. She had good standings with Makuta Tagah, who she went on missions with. However, when exploring the southern isles, she was trapped in a nest of Tagah’s own out-of-control creature, the Turantulak. She only blamed herself for going alone, but as the creatures bit her, she mutated into a deformed version of herself. 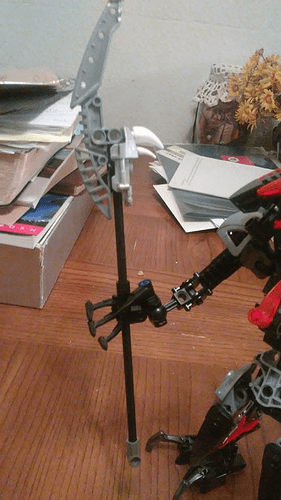 Armed with the Staff of Mutation, Carika wanders the Matoran Universe, claiming victims so they can share her pain. She constantly keeps it loaded with Turantulak venom. 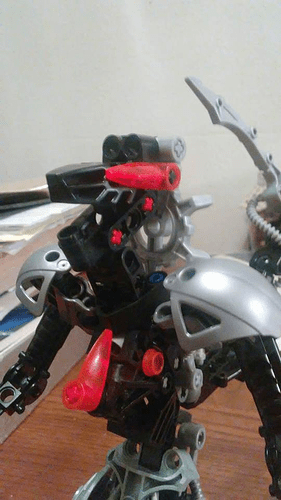 One of her more stunning transformations was her stinger tail, which can fire stun bolts, electrifying it’s victim and them making them go paralyzed for a few hours. Said tail grew out of her back with much pain, and caused her to hunch over permanently. 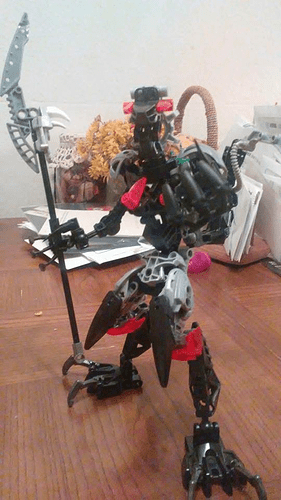 Another disfiguring transformation she gained was her legs, which used to be able to keep her nimble for her missions. Now, she can only use speed, but her love of stealth can no longer be realized. 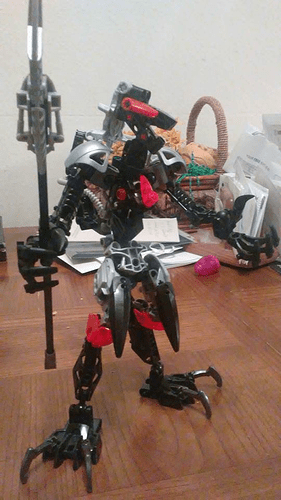 She hates her enormous claws too. At least they allow her to climb. 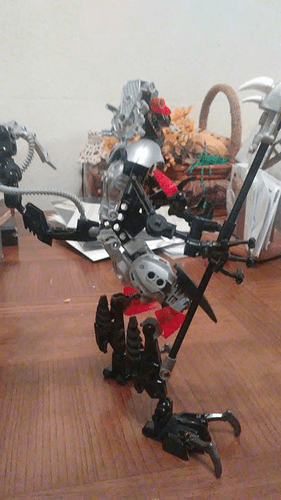 Did I mention her legs give her incredible leaping power? 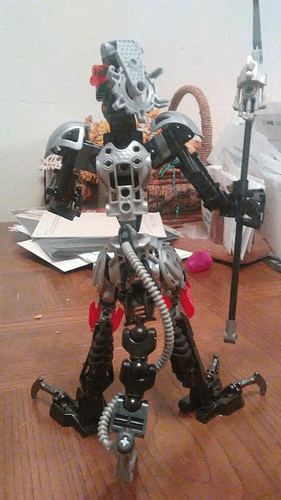 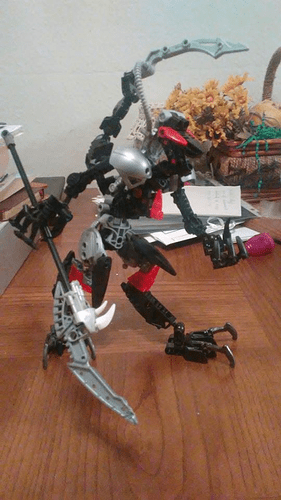 Carika is always ready to strike at any of her foes. They must be incredibly cautious, lest they be mutated into a disfigured creature like herself.

If there’s one issue I had with this MOC, it’s the arms. They always proved to be the most difficult part. While these current arms lack some articulation, I’m quite satisfied with them. They allow her to touch her face and they’re pretty sturdy. They just don’t have a lot of range.

Anyways, tell me what you guys think! Do you like the MOC? Is it unique? Or is it trash and I need to git gud? Comment below plox!

I actually like the arms. They serve as a reminder that no one piece is ever useless, even if they are just those older, fixed Mata limbs.
The gunmetal on the toes sort of sticks out a bit, though, mainly because there doesn’t seem to be any more on the rest of the figure. Maybe these should be black Exo-Force robot arms instead? That’s really the only con I can come up with. Overall, this is a pretty neat little build.

I need to git gud