Inspired by episode #158 of the TTV Podcast, I decided to write this short story about Skull Slicer. Please feel more then welcome to give constructive feed back!

Amidst the rubble and overgrowth of the ancient city, life knit itself together again. Tendons formed, where once had been rotting flesh, bones clicked back into place from their tangled mess. From the ashes, a warrior was reborn, an ancient force transformed The being rose, and looked around him, studying his surroundings. A wall behind him bore a carving, a tale of a great hero who had been loved by all, who had once walked these grounds. The tale of a champion.

“Slicer, Slicer, Slicer!” The crowds chanted the name as their hero entered the arena. Kalzar, the Slicer, fastened his mask on as he prepared for the ensuing competition. His twin swords glistened in the moonlight that shine down on the city of the mask makers. The sword, were well balanced and expertly and well crafted, however, they were not sharpened, as this was not a death match. Competition of that kind, where warriors would duel each other to the death was for a less civilized people. The citizens of Okoto had developed a variety of games, which they, and certain appointed champions took part in.

The game which Kalzra was about to play, and which the villagers had gathered to watch, was of a fairly simple concept. The goal was to cool to the mask which stood atop a pedestal in the center of the arena. Once a contestant collects the mask, they must hold on to it until all the other combatants had been defeated. To add challenge and excitement, the arena would move and ■■■■■, throwing up obstacles for the contestants to navigate. The contestants could use weapons and masks of power, as long as they were used fairly, and were authorized by the judges.

The horn sounded, and the game began, the six contestants sprinting away from their starting places. One contestant for each of the six elements. Kalzra represented the element of Jungle, and he was there to uphold the honor of the green clad denizens of the island. He drew his swords, and ran forward into the fray. Immediately a pillar rose up in front of him, but he easily dodged it. To his left, the champion of fire sped past, fire trailing out in her wake. As another pillar rose, Kalzar launched himself up into the air, using the force of the pillar to catapult himself up and forward, and closer to the pedestal. He landed, and two horizontal pillars came hurtiling out at him. He activated his mask of speed, allowing him to pass through unscathed.

The pedastal was right ahead of him. Only two other champions remained; one of the element of stone, the other of ice. As the white clad warrior of ice sprinted toward the center, dodging blasts of flame as he went, the stone warrior sprang out at Kalzar, his scorpion like tail striking from above. Kalzar swung his swords up to block. As he did , the sand-colored champion brought his own blade swinging towards Kalzar. Kalzar flipped backwards, landing on one of the raised pillars. From atop the pillar he lept, using his adversary like a springboard, knocking him unconscious, and bringing Kalzar within reach of the prize. The only problem was, the champion of ice had gotten there first. In order to emerge victorious, Kalzar would have to knock the mask off his face. The warrior turned, hurling a blasts of ice at Kalzar. Kalzar dodged, his mask of power enhancing up his reaction. He retaliated, bringing his blades sweeping at the other combatant. A shield of ice stopped their arc, however, and the other warrior drew his own weapon, a fearsome battle axe.

They clashed, green metal against white, each struggling for the uppe Ryan’s. They fought back and forth, returning the others blows with equal fervor. But Kalzar wasn’t know as the Slicer for nothing; he was a master swordsman. He maneuvered himself, and his enemy, into a position were he seemingly had a disadvantage. Crouching low, he put on a burst of speed, and knocked the other warrior off balance. As the other fighter fell, Kalzar stepped around and brought his sword down, knocking the mask off his opponent’s face. Picking it up, he donned it in place of his own, and stood, champion of the arena.

The warrior stretched, getting used to his new body. The four arms were different, but being capable of carrying twice as many swords as usual was a plus of that. He didn’t feel as agile or strong as before, but the same passion for battle was still running still his veins. He saw a mask lying on the ground near him, and lifted it up to his face. A strange feeling flowed through him, and he immediately new what he was to do. Turning, he found his new master standing there ready for him. He had for him a new mission, new weapons, and a new identity. He was no longer Kalzar, arena champion. He was only Skull Slicer, and he would do whatever it took to accomplish his mission

Not a bad take on ol’ fourarms.

I may be reading into this too much, but I like the idea that this guy (and possibly the other skulls) don’t see themselves a badguys and are just doing another mission.

I am totally for the idea that Slicer used to be a Jungle member.

This is a great short story! I love that someone finnally made Slicer a backstory! This has an almost glatorian vibe to it which I love! #Gresh=slicer I would love if you made one of these for all of the skull villians ESPECIALLY for warrior cause that would be cool! I guess I would rate this 9/10 just cause I think you shouldv’e described how he looked cause I keep thinking of the undead version of slicer. BUT this is still an UBER great story great job! Angry huna approves 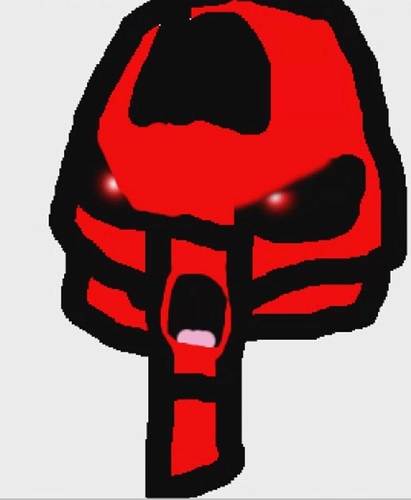 Fantastic story. I really liked how you gave Slicer a mask of speed.

I may be reading into this too much, but I like the idea that this guy (and possibly the other skulls) don’t see themselves a badguys and are just doing another mission.

I agree. I see them more as mindless beings with no sense of right or wrong, just doing what they’re told too.

I would love if you made one of these for all of the skull villians ESPECIALLY for warrior cause that would be cool!

I’m thinking of writing a longer version of this story, that would probably include the other Skull Villains too.

Fantastic story. I really liked how you gave Slicer a mask of speed.

Thanks. It just seemed like the best fit for him.

Tendons formed, where once had been rotting flesh, bones clicked back into place from their tangled mess.

The comma after “tendons formed” is unnecessary. Also, you have a comma splice here; put a period after “flesh” and make this two separate sentences.

The being rose, and looked around him, studying his surroundings.

First comma isn’t necessary. Also, you could argue that saying “looked around him” and “studying his surroundings” is redundant.

These are just a couple specific examples I wanted to point out. Overall though, there is a heavy over-use of commas. You also spent a little too much time setting the stage for the fight, in my opinion. I would tighten that up a bit and not over-explain the event and Kalzra’s equipment. As a final note, there were a lot of smaller mistakes that could have easily been spotted with some proofreading, namely homophones. It can be easy to overlook mistakes in something you’ve written and your brain learns to just skim over everything and fill in the blanks from memory. What I find works best is to just let a finished story sit overnight and then read it over the next day before posting. It gives you a fresh look at your work and makes spotting mistakes easier.

Past all that, it was an enjoyable, short read. The action scene is where your writing seemed to really shine and I could visualize everything pretty well. I look forward to reading more in the future.

@TakumaNuva
Thanks for the feedback! I wrote this up on my IPod, so I never really proofread it thoroughly.

Cool to see the full story!

Then introduce yourself! And don’t forget to take a look here!

Then introduce yourself! And don’t forget to take a look here!

Done, and done. Thanks for helping me get started!

Thanks! I’ve just posted a little intro for Paradise, but otherwise I’m completely lost as to what to do here. Any recommendations?

Go read more stories; Go look at art; Go theorize on a theory topic somewhere. There’s a Magnifying Glass. Go click it, and search for something that is probably on the boards. If you find nothing, make a topic for it!

Basically what TFM said; you can hang around and chat, look at MOCs, maybe post some of your own, read stories, discuss theories, etc. just be warned, the 2016 topic is a death trap.

I go there to find the links to the images, because they are amazing. Other than that, we’ll see.

It’s calmed down lately. I think it might be safe to enter now.

That might be my next destination, then. Not really sure where else to go…