Characters That Could Lift Thor's Hammer

One of Thor’s defining traits is his hammer, Mjlonir. The reason why he, and only he, can lift his hammer is because it is a powerful weapon, and only those who are worthy can wield it. One of my favorite scenes from the first Avengers movie is when Thor is fighting Hulk, and at one point, Hulk (a big, strong dude who we later see throw a giant Leviathan like it’s nothing) cannot even lift the hammer. And, of course, we all know how in Age Of Ultron, Captain America was able to move the hammer slightly, and later wield it himself in Endgame.

If this proves anything, it’s that Thor isn’t the only one who can meet the criteria to be “worthy.” As I understand it, you have to have purity of spirit, an eagerness for battle, only killing when it’s absolutely necessary, and a desire to do good. People have theorized that non-Marvel characters such as Optimus Prime, Yoda, Forrest Gump, and even Superman could meet these criteria. But what about Bionicle characters?

With the rule about killing, the first thing that comes to mind is the Toa’s code about avoiding killing. Unfortunately, not all Toa meet the other criteria. Vakama had a lot of self-doubt and wasn’t that thrilled about being a warrior/hero, and Kopaka…no offense to die-hard Kopaka fans, but he could be a bit of a jerk at times. And we all know how Tuyet broke the Toa code.

Of all the Toa, I think the ones that could lift Mjlonir are Tahu, Matoro, Lhikan, and MAYBE Takanuva. And non-Toa characters, well…I wouldn’t put it past Ackar or Axonn to be worthy, either.

Axonn can throw his weapon and make it come back to him, and can shoot lightning. He basically is Thor already.

Though I feel like the only one on your list I would ping as worthy is Matoro.

But there’s one character you didn’t mention who can clearly wield the hammer: the Troglomorph. 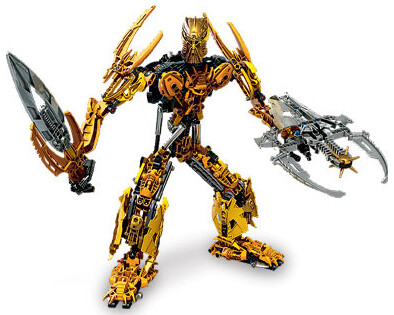 A Toa of Gravity

Matoro could lift it probably.

Manipulating gravity around an object is basically telekinesis, and telekinetic non-worthy Marvel characters have proven incapable of lifting Mjlonir.

I actually am not 100% confident in Matoro since he had doubts about himself just like Vakama.

I’d like to make an argument for Krika. He spared lives often even when commanded to kill them. He also tried to save his fellow Makuta, an arguably good intention. Purity of spirit is the biggest issue in my opinion, and even that I think he has achieved.

I’d like to make an argument for Krika. He spared lives often even when commanded to kill them. He also tried to save his fellow Makuta, an arguably good intention. Purity of spirit is the biggest issue in my opinion, and even that I think he has achieved.

And yet he still committed lots of crimes on behalf of the Brotherhood Of Makuta-most notably attacking innocent Matoran.

I’d actually throw Onua into this mix. He’s wise, kind, and powerful. He’s pretty much The Best Guy of the Toa Nuva, though Pohatu could also be a contender.

Any Toa of Iron, Magnetism, or Gravity could lift it.

If we’re talking about the MCU version of Mjolnir, there are three characters we see wield the hammer on-screen: Thor, Vision, and Captain America. (The version in the comics has been wielded by far more people, so I’ll use the stricter hammer.)
I posit that all three of these characters are linked by their willingness to sacrifice themselves for something greater.
Thor is unworthy until near the end of his first movie, when he lets the Destroyer, well, destroy him.
The Vision was willing to let Wanda destroy the Mind Stone, and thusly himself, in Infinity War, and if he had been willing to make that sacrifice since the beginning, that would explain his ability to use it in Age of Ultron.
And of course, Steve Rogers plunged himself into the Arctic Ocean, so he was worthy the whole time.
By this logic, I would peg Matoro as the most likely candidate for worthiness, since his is the most high profile sacrifice. (With Jaller a close second.) However, all of the Toa Inika proved themselves to be pretty self-sacrificing, both when they chose to remain within the radius of Jaller’s nova blast, and before that, when they were just Matorans, but chose to go on a suicide mission anyway. In fact, the Inika were the only one of the three main Toa teams that chose their destiny. The Mata were built that way, and the Metru actively fought their destiny.
I would also suggest Takanuva as a potentially viable option, both because he embraced his destiny (eventually), but also because in the MU, elemental Light and moral goodness are fundamentally intertwined. As someone who can manipulate elemental Light, Takanuva should at least appear to meet Mjolnir’s criteria, whatever they actually are.

I would actually argue for Vakama being able to wield it, albeit only at very specific times. Either in the immediate aftermath of Legends of Metru Nui before he got arrogant, or his time during Time Trap. If we view Turaga Vakama as an extension of Time Trap Vakama, then I suppose he qualifies as well.

Maybe even Gali too

I could see that.