I promised this before that I would take pictures of all the Toa of Karhi Nui, so this is the article that fulfills that promise. With the help of ToaKylerak, we built all six Toa from all six tribes.

So here they are, the protectors of Karhi Nui, the Toa Karhi.

First up is Kylerak, the Toa of Fire. Equipped with a great Firesword and a Kanohi Huna, Kylerak has a sense of justice and morality that makes him different from other Fire Toa, who have fire-like tempers. (Built by ToaKylerak) 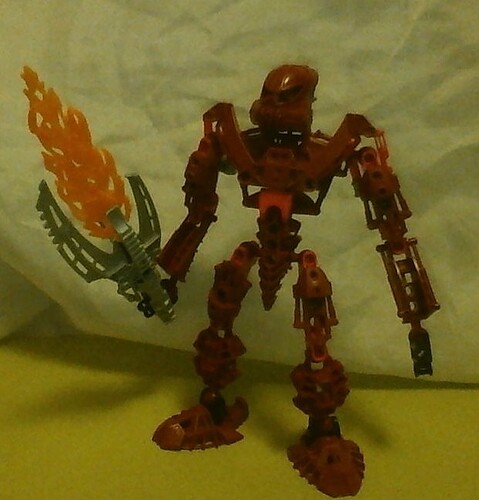 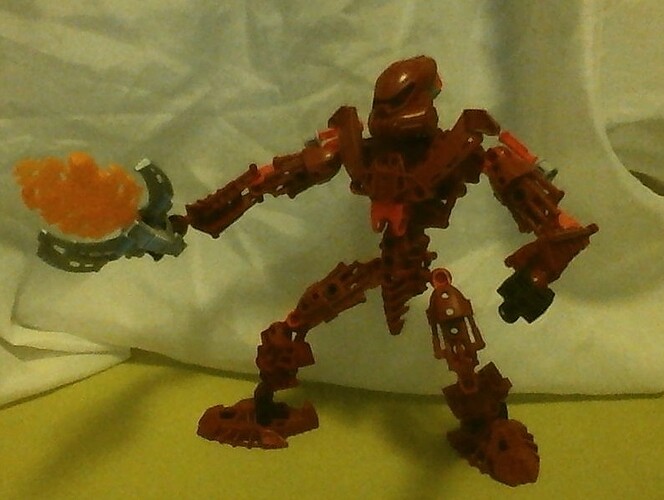 Up next we have Collerak, the courageous Toa of Air. Equipped with a staff that launches Acid and a Kanohi Kualsi, Collerak is a cunning Toa who never likes to give up. (Built by ToaKylerak) 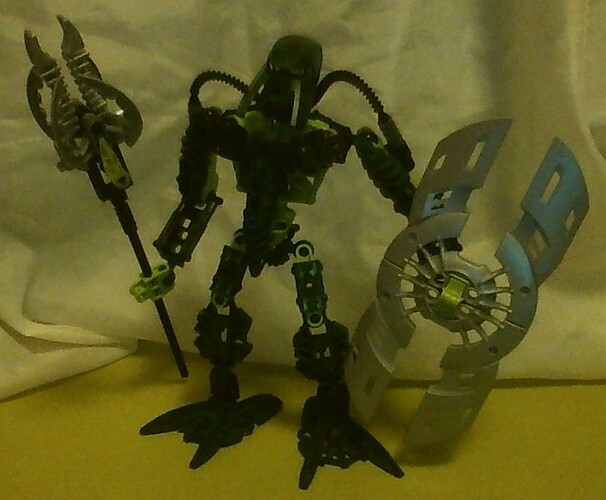 Collerak’s favorite battle tactic is to stay behind his shield and use his staff to launch acid to burn some of the armor of his enemies. This is kinda like a Roman Soldier in some respects. 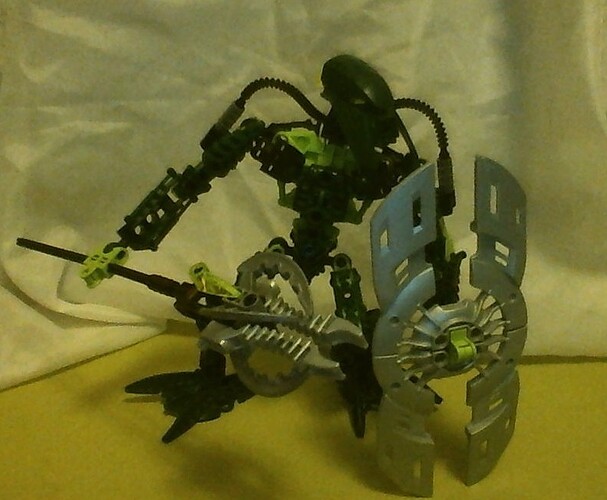 Up next is Viatra, the Toa of Water. Equipped with twin Hydro-hooks and a Kanohi Komau, Viatra is a Toa who likes to take things the easy way out. Turaga Gitu often scolds her for making a mess of things, or being a bit lazy. But Viatra is also smart, knowing how to do things the fastest was possible. (Built by Chronicler) 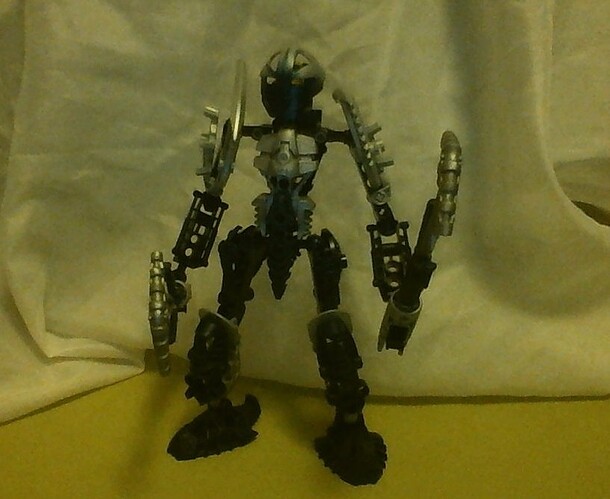 I stole the idea of the little hook things on the side from 2015 Lewa, because I thought it looked cool. 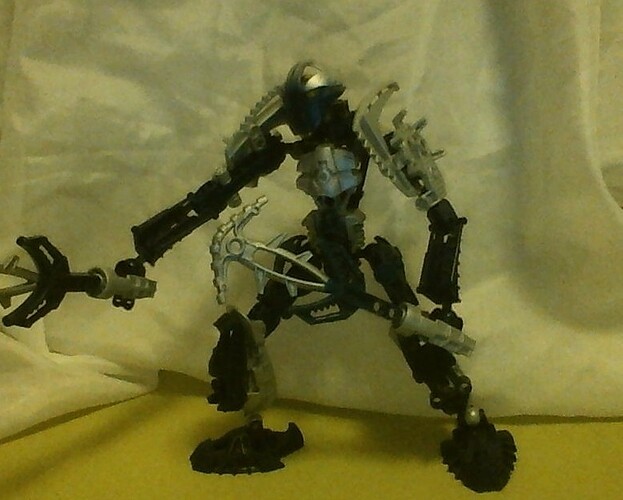 Up next is the cold and rather selfish Nuhi, the Toa of Ice. Nuhi is self centered and often rude to the Turaga, not wanting to obey their commands. He has gotten a bad name with the other Toa after helping a Makuta who wanted to take control of Karhi Nui. However, Turaga Komatri insists he stays on the team, saying “He’ll learn from his old foolish ways.” (Built by ToaKylerak) 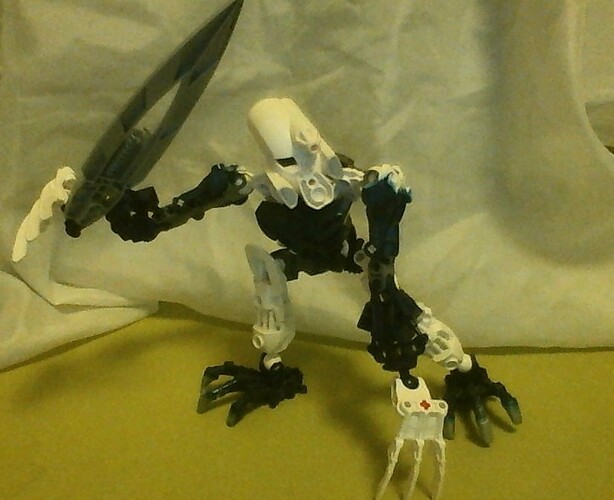 Then we have Mikeku, the Toa of Stone. He is rather clumsy, always making a huge mess when battling, and gets scolded by Turaga Nupui for his clumsiness. However, he respects the Matoran and Turaga, and always offers mercy to his foes, unlike some of the other Toa.

I do admit he was a rather lazy build, but when you have limited pieces, but enough to make something like this, you gotta do it. (Built by Chronicler) 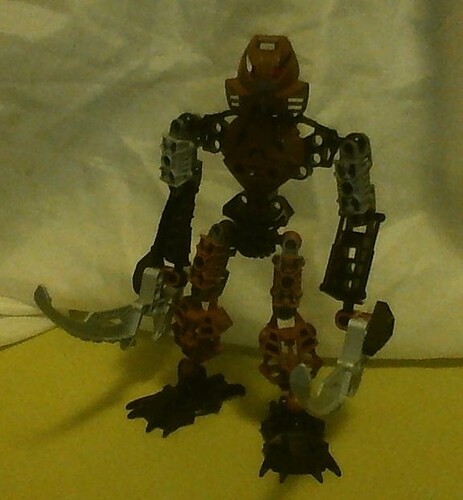 Finally, we have the Toa of Earth, Quiller. Quiller, unlike some of the other Toa, often likes to joke around with the other Toa. He, however, also is pretty strong, and being equipped with a Earth-Shock gun, he can create earthquakes to fight off his foes. (Built by Chronicler) 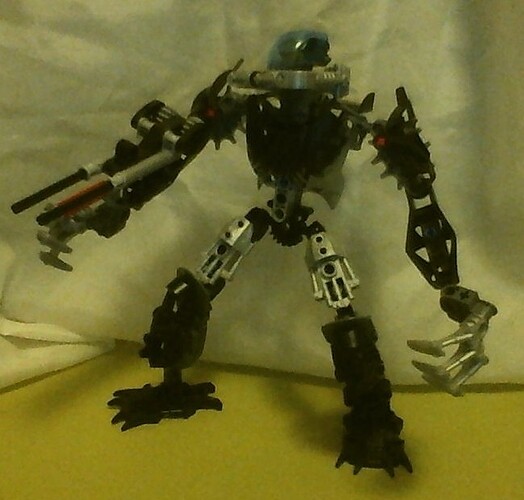 Finally, we have a group picture of all the Toa Karhi, who kindly posed for me to take their photo. Here it is: 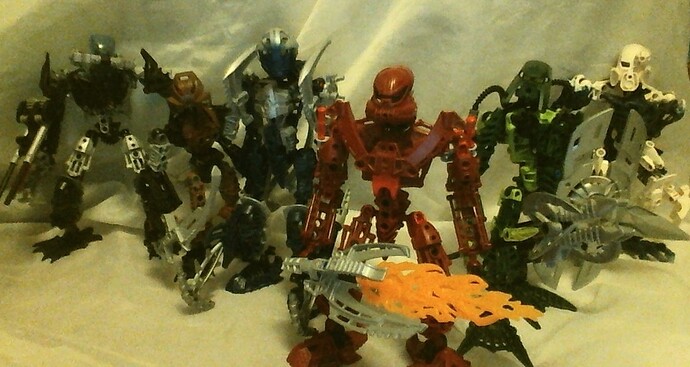 Well, that’s all I have for now, but make sure to leave a comment talking about what you liked or didn’t like!

I wish you the speed of Pohatu, traveler!

Update: Does anyone want to comment? I don’t mean to double post, but just having this here and having nobody commenting really takes away from the whole reason of discussion on the topic. I wanted to get your guy’s attention with this post.

Decent idea with Viatra’s torso, but it could use like, some tires or something between the body itself and the shoulder balljoints.

Kylerak and Collerak are simple but effective, looking good at what they seem to be going for.

I’d love to get a better view on Nuhi

Quiller I will say the same as I did with Kylerak and Collerak, but his weapon is pretty cool.

Mikeku could use more on his torso. As is now, it seems underarmored. But I understand the piece thing.

I don’t like sticking tires into my pieces. They are hard to get out, and I am afraid they might get stuck in there forever.

My brother likes improving on the Inika build to make even better Toa, so we end up using it a lot to make our characters. Besides, it’s really all we have to make Toa.

I’m a bit ashamed with Mikeku, because I love the Toa of Stone, but I simply didn’t have the right pieces to make him look pretty darn awesome. Oh well.

You want more pics of Nuhi? I could do that. He’s pretty cool, considering he’s simple in design. But he is well built, and I love what my brother did for him.

That is exactly why I have my Turaga have such a big role. They teach the Toa of the past mistakes they made, and these Toa are the least qualified guys to be in a team. And yet, the former Toa Carrax knew they where destined to become heroes.

They know the Toa are un-unified. But they know that, once they do become unified, they will become a great and powerful team. They just got to help them out with that.

Tagah, a Makuta in Karhi Nui who betrayed the brotherhood, helps them out as well.

Nice team. I enjoy the group shot even with how simplistic they all are.

That group shot took forever to make… I had to make sure everyone got in the camera, and to make sure we saw everyone, and made sure that my head did not put a shadow over the Toa, ect.

Yes, even if they are simplistic, they can look good.