A while ago I was at my grandparents house when an idea had struck me. They had this box of classic space legos and I decided that I wanted to challenge myself by building a mech the oldest of old fashioned ways. The resulting moc was built with 100% classic lego pieces, looks like a box on legs, and it falls apart way too easily but for some odd reason I’m proud of it and amazed that I was even able to build something this ok with classic system bricks. So here is the odd result of my self-challenge. 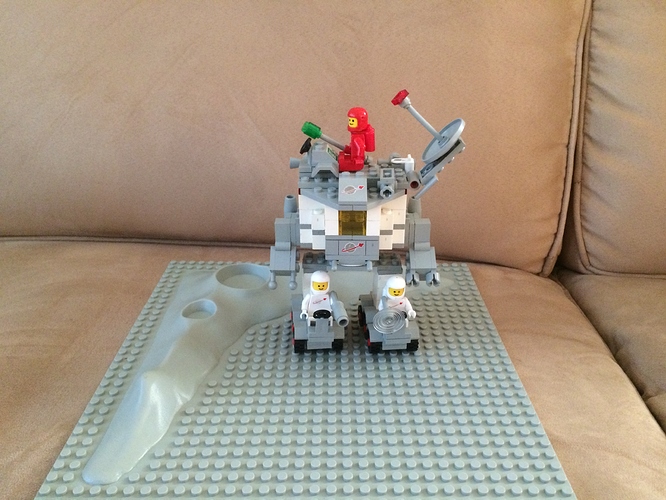 Part classic space and part hawken (I play way too much of that game) the sigma defense mech rolls over moon rocks with the grace of any rover. 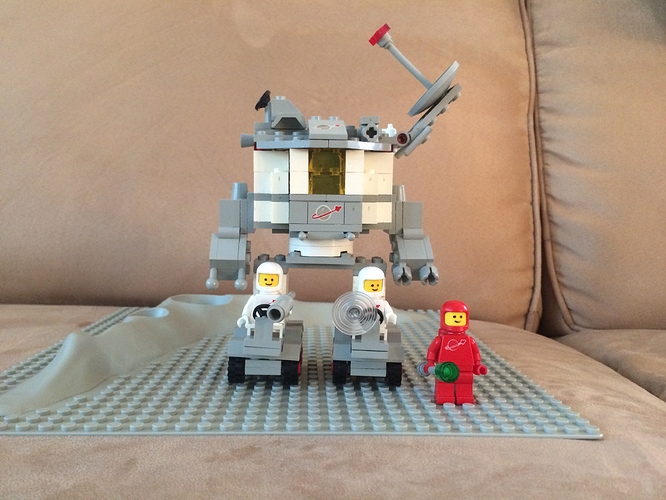 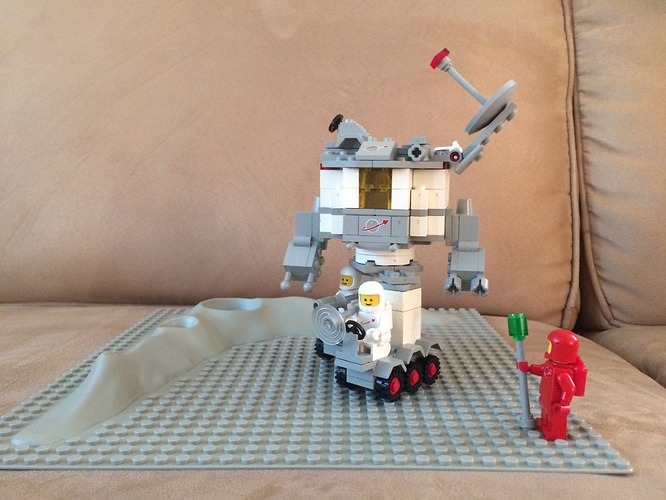 IMG_2397.JPG3264×2448 979 KB
Armed with lasers and mining explosives, the sigma defense mech is ready for any potential moon-man attack. The mech is also equipped with advanced communications systems to stay in contact with other lunar explorers and bases. 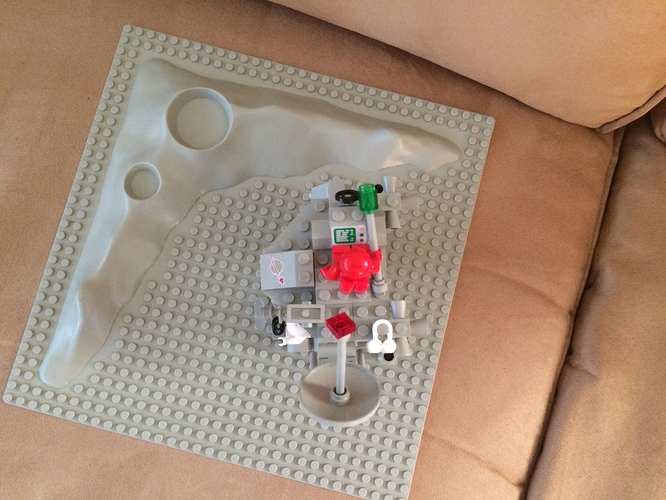 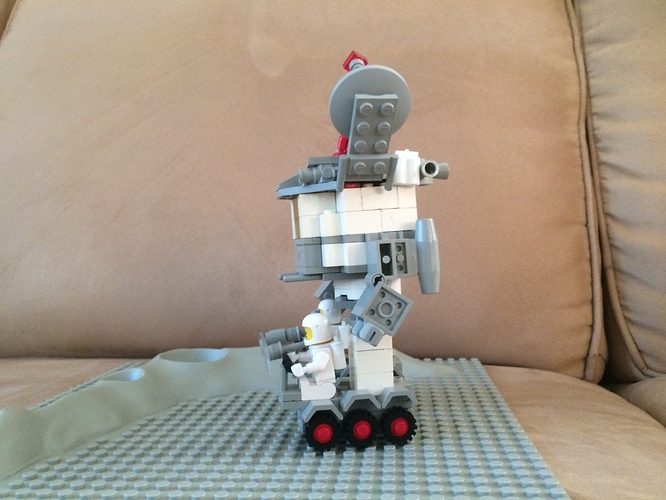 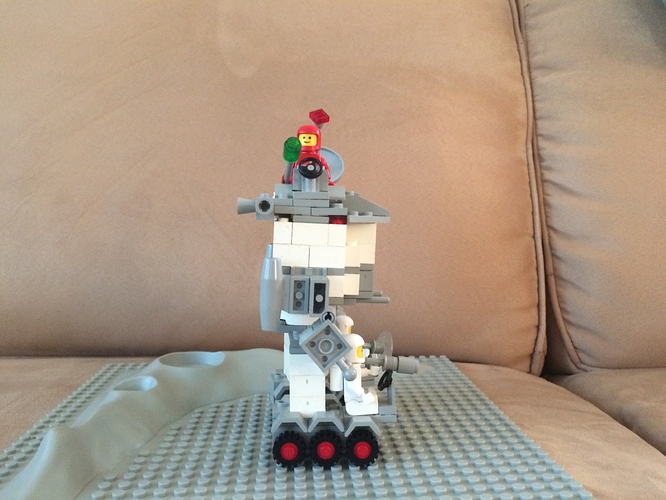 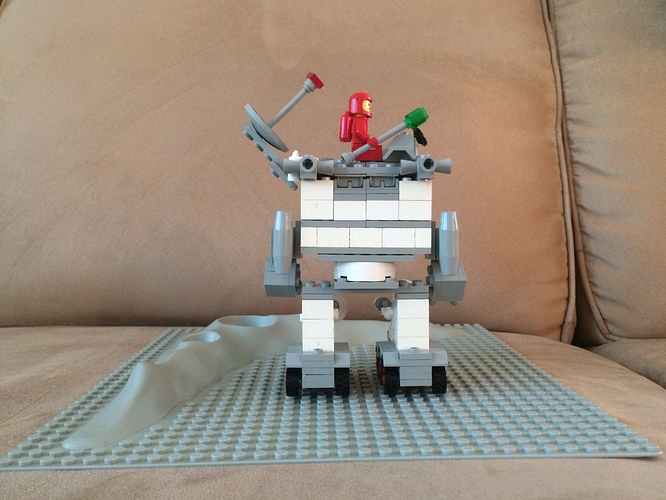 The mech also features an opening cockpit. That breaks alot 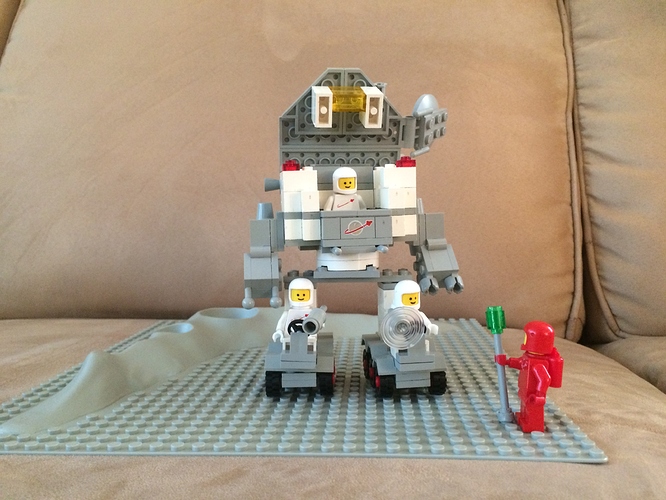 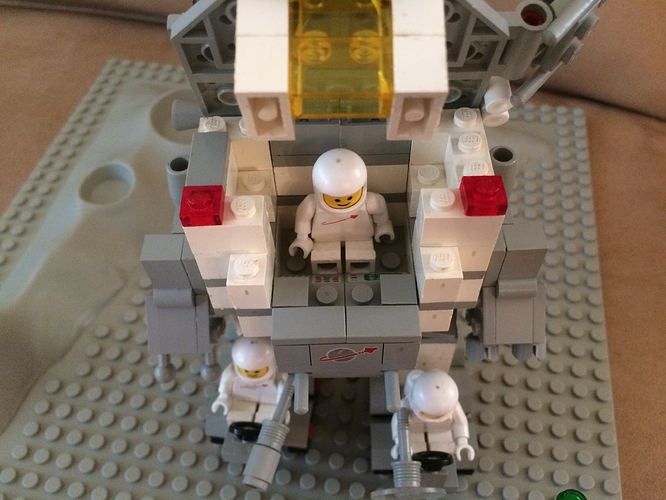 One last note. The creation of this moc has given me an idea. I have two bins of classic bricks. 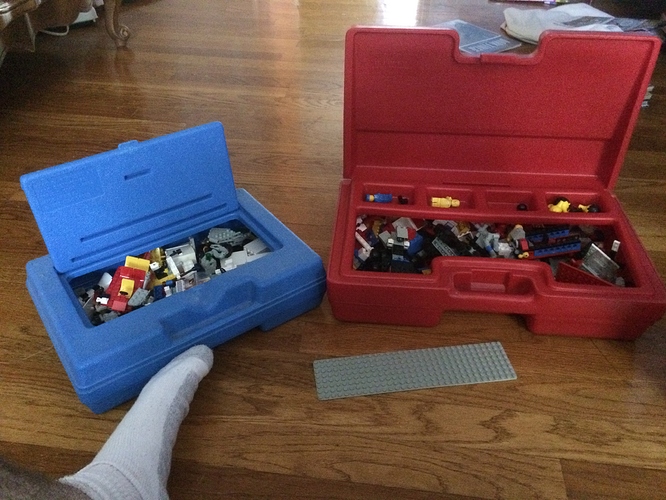 IMG_2399.JPG3264×2448 1.34 MB
For the next few weeks, I want suggestions for what I should build. It can be anything, but it will be built entirely with the contents of these two bins. I anxiously await suggestions.

Do a giant turtle out of those bricks

I find the fact that there are seats on the feet a bit funny. Cool mech!

Do a giant turtle out of those bricks

Not biased
This is amazing.

I really like it because it has the feel of the classic space era. The mech has a surprising amount of detail on the front and I think it looks great. The seats on the mech’s feet are really funny and I like the mech’s walking function.

Took me a bit, but it’s pretty adorable, and the retro style as well as the scenery works great.

Doesn’t look very classic spacey in build style, but it’s pretty neat! I do those sorts of things myself too, as I have a box with old (or vintage, depends on your perspective

If you have enough turntables, I challenge you to build a walker with the same general function as the classic space set 6882, but obviously reinventing all the rest of the appearance to your heart’s content. I think it would look awesome!

Otherwise I would like to see a spaceship with deployable rover, much like the most iconic Lego space sets.

It’s definitely an interesting reimagination.[quote=“Zero, post:1, topic:39141”]
For the next few weeks, I want suggestions for what I should build.
[/quote]
A junkyard machine, worn down over time from the endless toil of crushing, burning, etc. waste, and has repaired his old, decaying parts with some valuables he has found lying around.

re-work the mech to be a part of a Classic Space Spaceship.

y’know, a combining mech, with things like the feet becoming buggies, that sort of thing

Unfortunately I can’t rework the mech as the parts I used to build it are at my grandparents’ home. I could make a different mech with my own parts and incorporate it into a spaceship.