So this originally was me trying to make a Frame with better shoulder articulation than my previous Frames, and then when I realized that the chest vaguely looked like a face, I had to make it look like a Gunmen from Gurren Lagann. I might be watching a bit too much Anime recently… 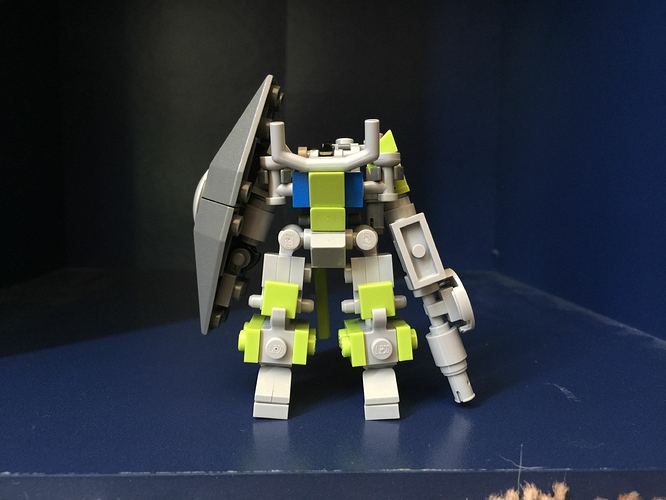 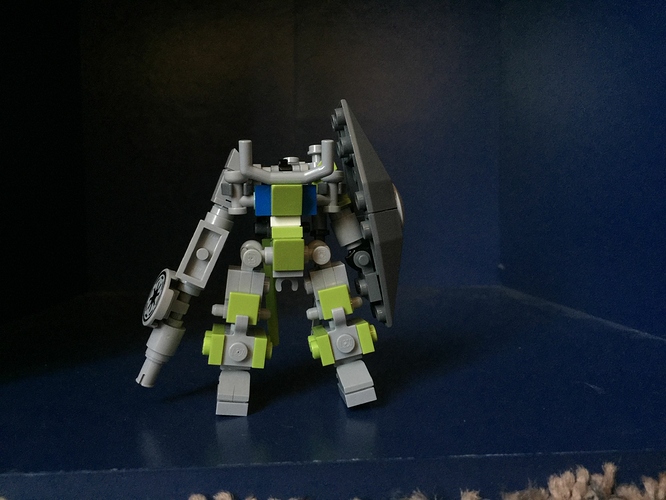 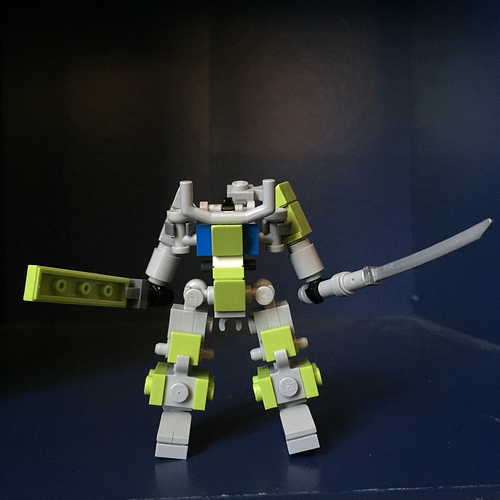 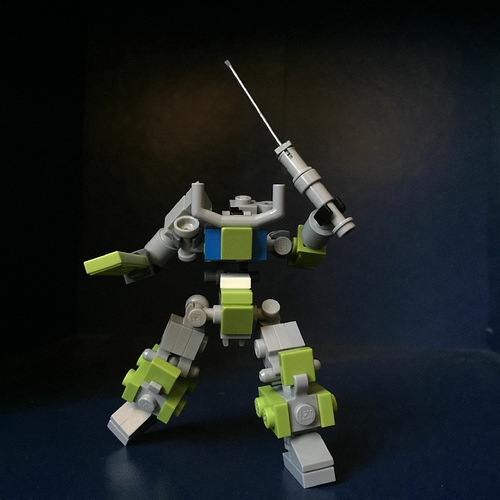 introducing… MINI DRONE!!! he has two forms, which one do you think looks better? 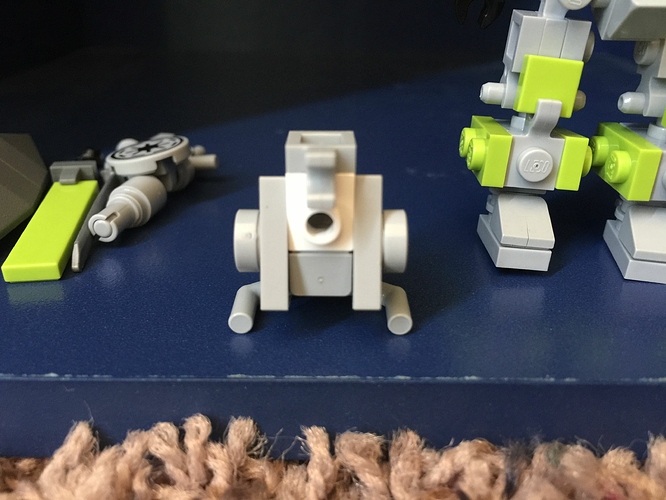 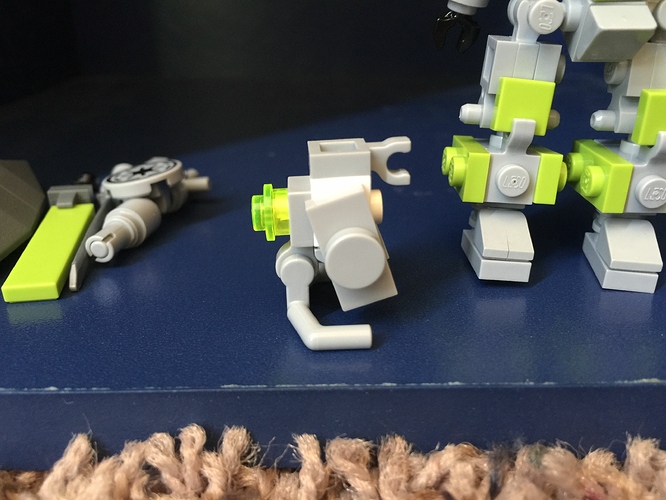 this is the back btw 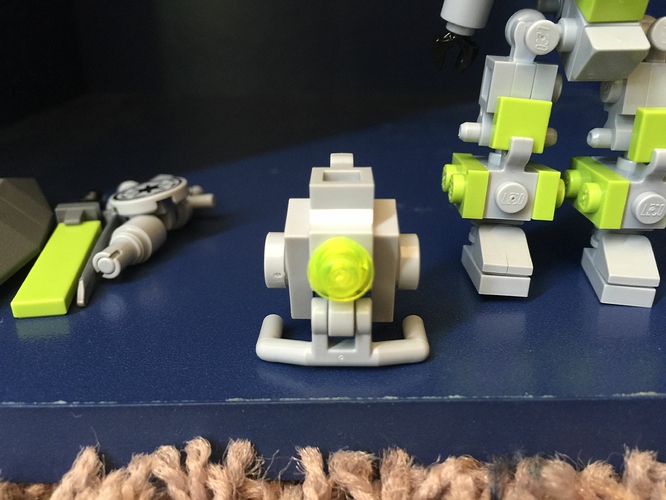 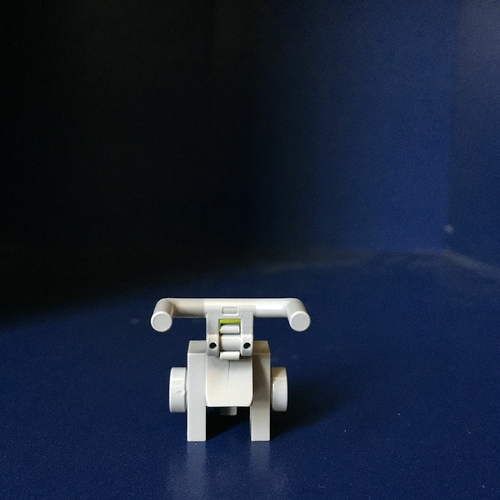 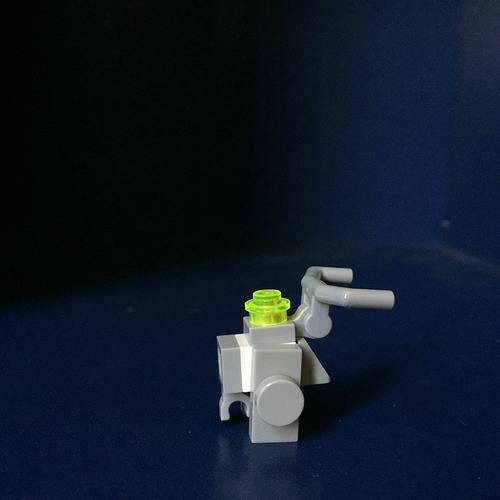 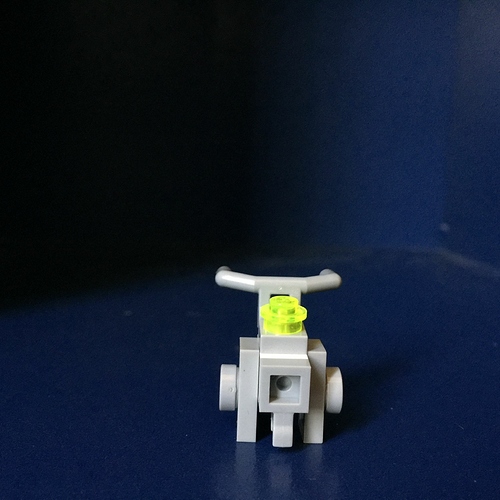 Back to form 1 to transform into the head 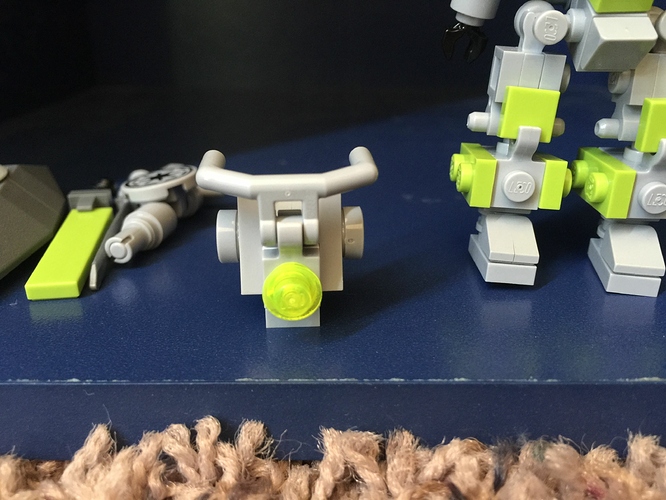 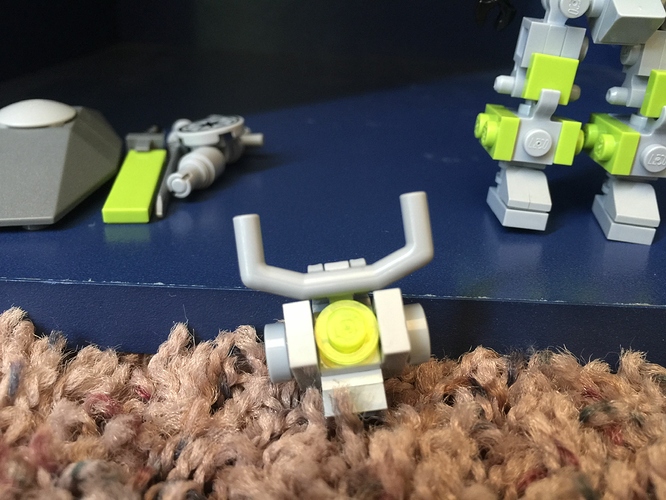 Now combine the two, and you have this: 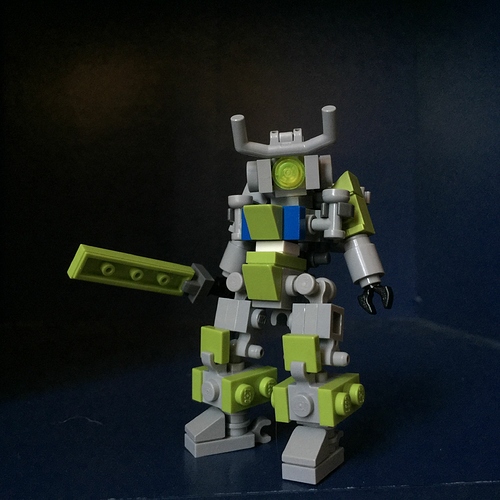 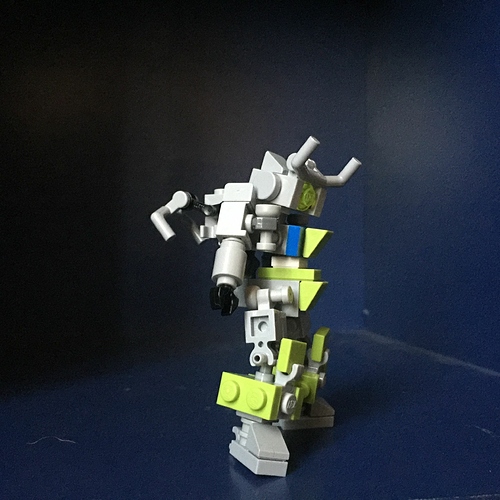 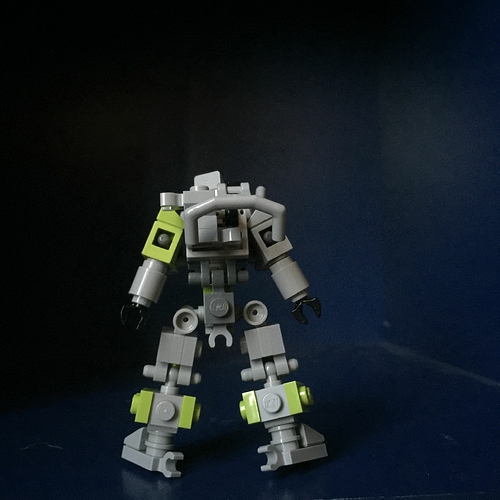 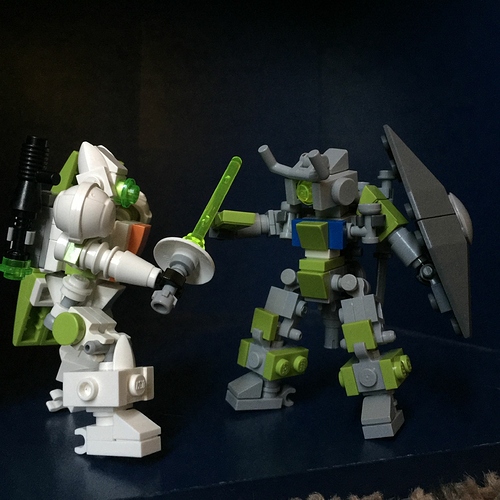 Sadly this guy doesn’t have a name, so I name him after the system archetype, of 2 hand to hand weapons, one direct fire weapon, and one defensive system. the list of archetypes can be found here.

Built for Mobile Frame Zero if interested, free PDF of the rules at the bottom of the page

This is amazing especially when they combine so 11/10. The shields on these MOCs are always nice.

It has a great samurai look!

Thanks! You actually posted this as I was taking pictures for the updated version, so take a look at that one too!

Amazing work here. Really inspired me to make some frames of my own.

@Omni Thanks! And go ahead and make some frames! That’s the easy part, finding friends who will play the game with you is a entirely different matter…