Dangerous Dark Hunter who acts as the organization’s chief pilot. His costume’s details were heavily inspired by steampunk. 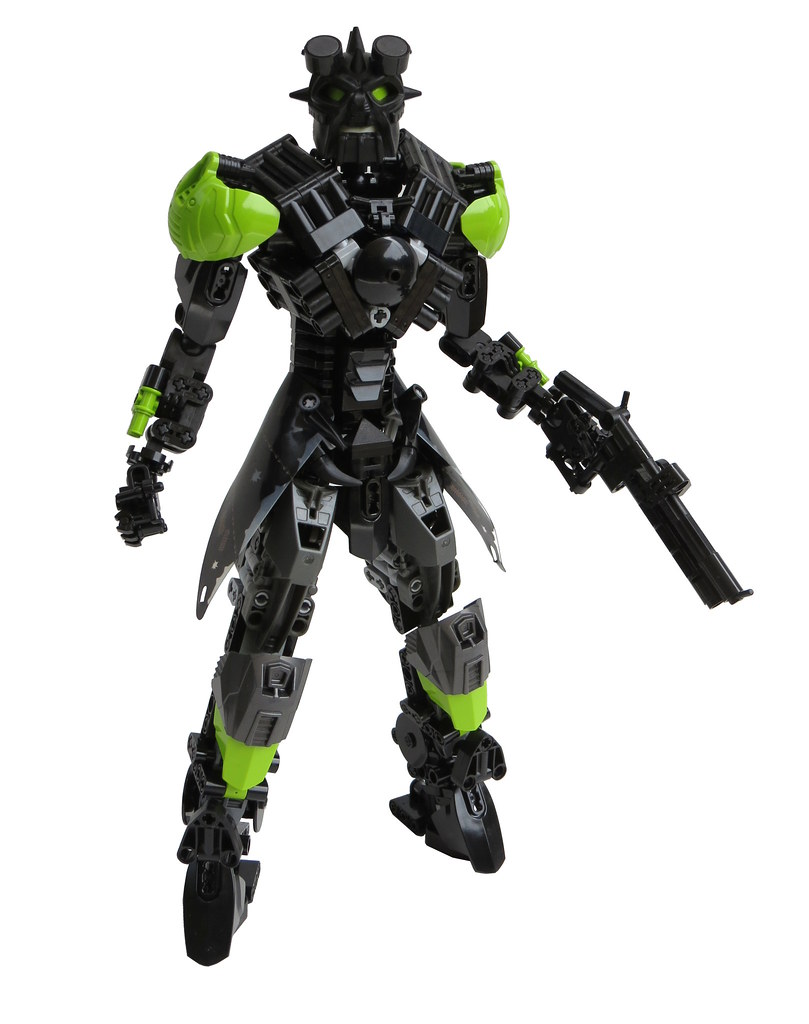 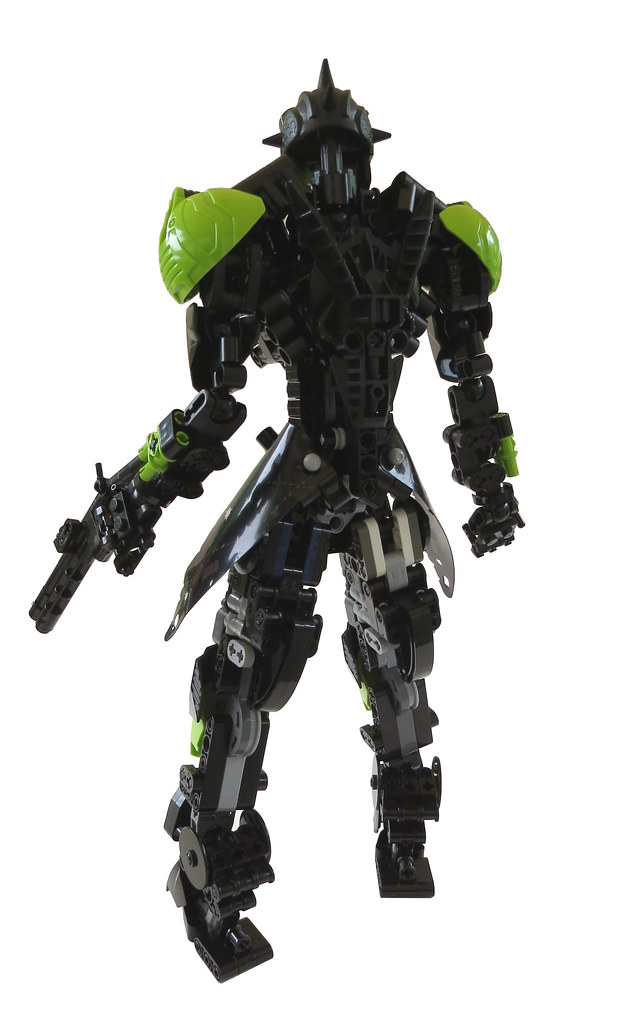 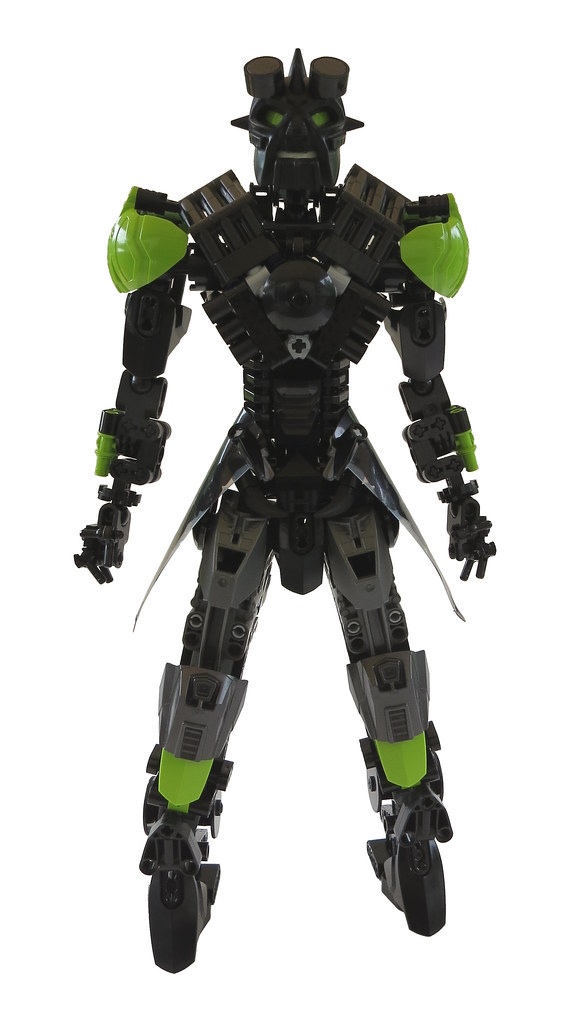 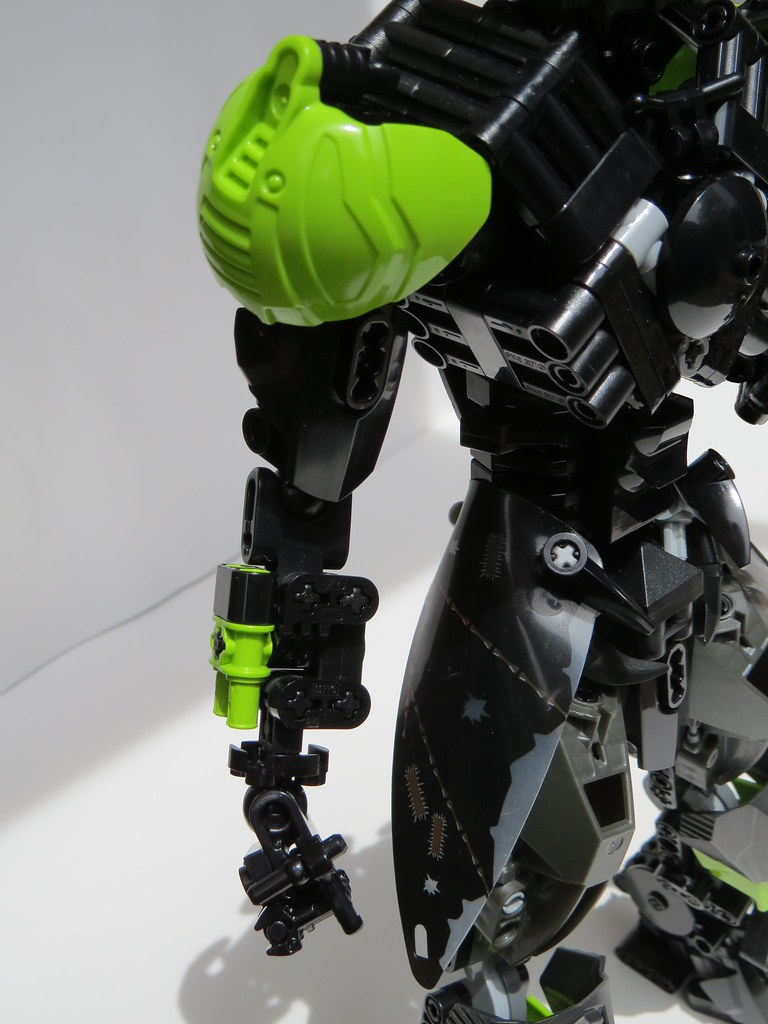 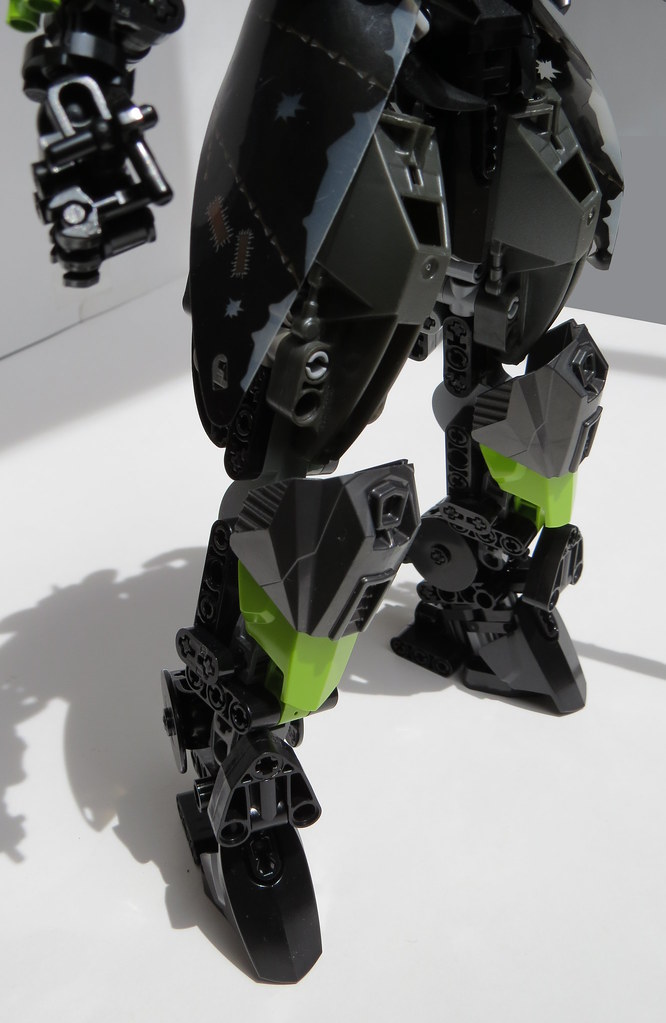 That’s pretty awesome! I like how you used the same green color as armor to match his eyes.

It had to be an inika head. Only that one offers enough space to add magnets inside, see.

He’s lovely. Reminds me of Crossfire(or whatever his name was) From TF4, and he has a lovely design. Love the side skirts/whatever they’re called

I absolutely love the streamlined look, the gunslinger aesthetic, and the green accents. The whole thing just fits together and complements itself so nicely!!!

Yeah it looks kinda like Crosshairs from that movie we will never speak of. Ironic that TF4 had the worst writing but the best robot designs.

It had to be an inika head. Only that one offers enough space to add magnets inside, see.

I was meaning that it was the best use of an inika head I have ever seen.

The entire thing is great!

Though I love how sleek, compact, and complex it looks with the addition of CCBS…I just don’t see this guy alongside the other canon dark hunters from 2004 -2005…his aesthetic is completely different. Though it’s not a bad thing, he just looks out of place compared to the others, like Ancient. Most of the dark hunters were gritty, bulky, and had numerous bladed weapons with alien-like proportions. He just looks weirdly humanoid and almost futuristic… like if you were to replace his mask with a human face, I would accept it as a human/cyborg hybrid.

whoa that is amazing, the color scheme is great, the gun is awesome, and I love the goggles on his head

Wait are you guys talking about Age of Extinction? Why won’t you speak of it? Back on topic though, this is too fantastic for words, my good sir!

He reminds me of Crosshairs from Transformers AOE

He reminds me of crosshairs.

Interesting, but it has some flaws

Very nice. The addition of green helps to make the character stand out more, and I’m glad you chose it over black or gunmetal. It also matches his eyes, which also brings me to how well you incorporated the Inika head.

Great work. Keep it up!

This MOC has swag!

He’s cool, but he looks too much like Crosshairs from Transformers: Age of Extinction. 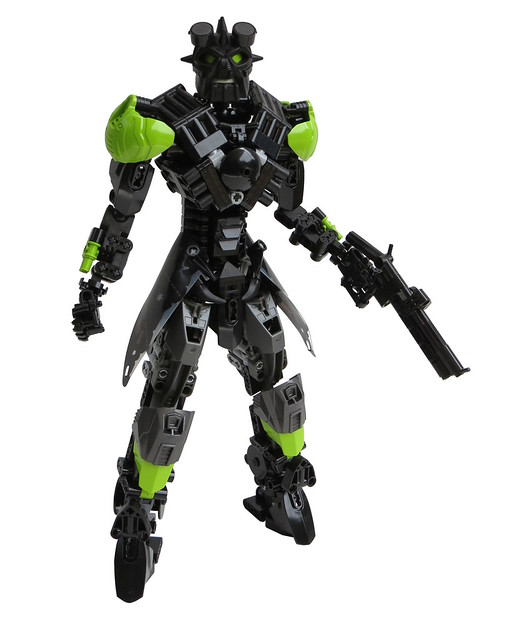 As Miraculous pointed out, definitely getting the Crosshairs vibe… guessing that was the inspiration?

As for the design, I think its pretty good, only thing that perplexes me is the green. From a visual standpoint I feel that he should have something on his stomach or upper legs to balance out the colours, I don’t know ><