With the first two sets of Toa released, we can definitely see LEGO likes to give some daring accent colors to their sets. Personally, I like it a lot, That being said, what colors would you like to see with future Toa?

TBH, I would love it if LEGO gave the Toa gold as their metallic colors.

Accent Color Schemes would be these: 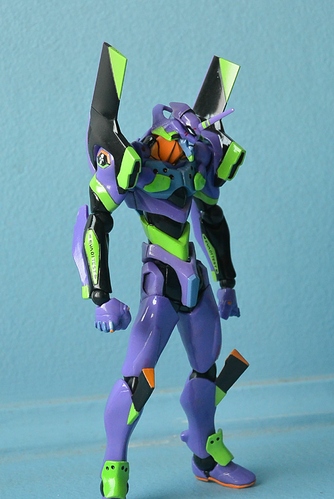 Ooh! Trans white! That would look cool as an accent.

I really, really want Lego to make a teal Toa.

Oh how I hope and pray that they will but today I am still just a bill.

Tahh- from bottom working up to the top blue accents on the feet into red, keet orange, then maybe a little yellow and just a couple white spikes at the top this way he simulates a real fire! He can keep the gold but just in a smaller capacity compared to 2016

Gali- I’m throughly satisfied with her current one if I had to change it I would make its all trans light blue for bones then a mix of azure and trans dark blue with slight hints of either a seaweed or seafoam green, maybe switch her silver with copper

Onua- another pretty solid current color scheme but if I had to I would keep his black, ditch the purple in favor or a lot more tans clear to simulate Quartz and maybe the new trans black they’re using on lava beast. Instead of gold he should have a dark silver, or maybe make it look a tarnished silver since he should be underground and covered in dust and small debris.

Finally pohatu!- while I may be alone m saying I love his current 2016 color scheme! I will submit this alternate, dark tan and a little light tan burnt orange is out in favor of a burnt umber, and if possible I would like Lego to somehow simulate wear on his colors and shells as if he’s actually constantly humping through a desert storm, maybe gradation on individual shells or simulates scratches, and I think I would still keep the trans neon green or Lego could make if actual trans yellow, and he still need silver boots!

honestly, I loved the 2015 color schemes and think some are better than the 2016 ones, but if there are 2017 toa, I would like this for their colors

Gali: honestly her 2016 colors scheme is perfect to me

Lewa: again, I like his 2016 color scheme, just have more green lantern green and less silver

TBH, I would love it if LEGO gave the Toa gold as their metallic colors.

You’re one of a kind.

I want Gali to have Medium Azure, Tan and trans white to look like a beach.

Personally, I think a callback to the original colours, but still with the inclusion of metallics. Personally, I never minded that look. Something like this:

Tahu: Mata Red (Of course) with a secondary of metru red, with trans-blue accents and gold armour plates (as in add-ons and such. Perhaps in place of the metru red).

Onua: Black and Purple. Metallic highlights. Pretty much the same as he is now.

Gali: Mata Blue, with a silver secondary and orange highlights.

Lewa: Mata green with a secondary of trans-green, highlights of brown and silver.

Although, to be honest, I wouldn’t really care what the colour schemes were if lego would stop using the red and blue pins. I would even forgive them if Tahu was pink.

I don’t know why but even know that I’m older and have returned to bionicle and do a lot more mocing, I’m still not bothered by red and blue pins. But I respect and understand your want for them gone, also I think it would be cool to see pink on tahu purely based on how gutsy of a move Lego would be making