Hey guys! I made this combiner MOC and I copied the Mighty Morphin Power Rangers Zords but changed the type of creature the Zords are. Feel free to tell me what you think! 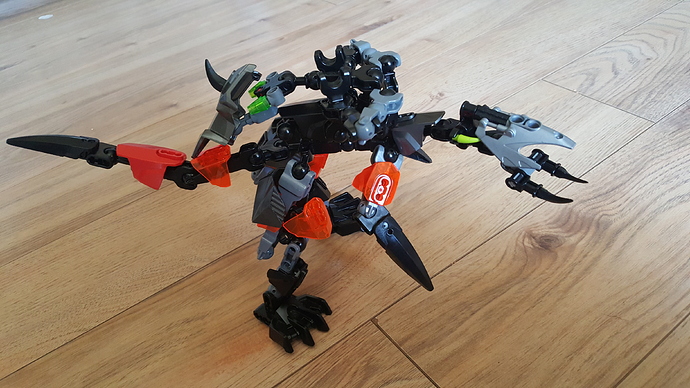 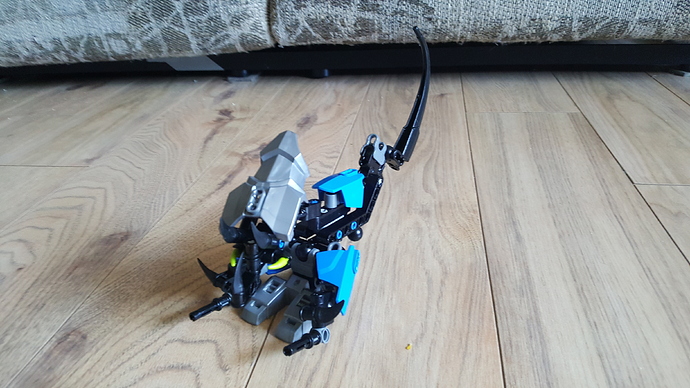 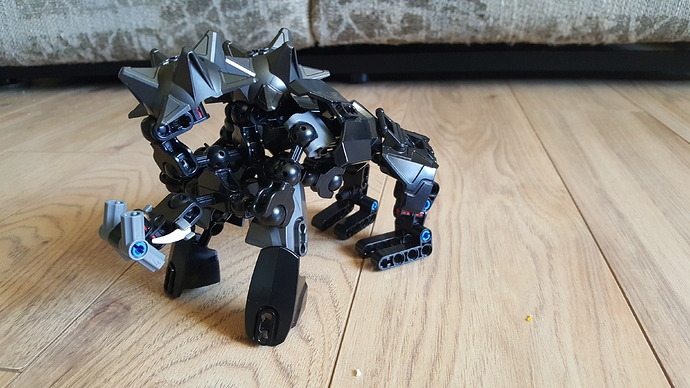 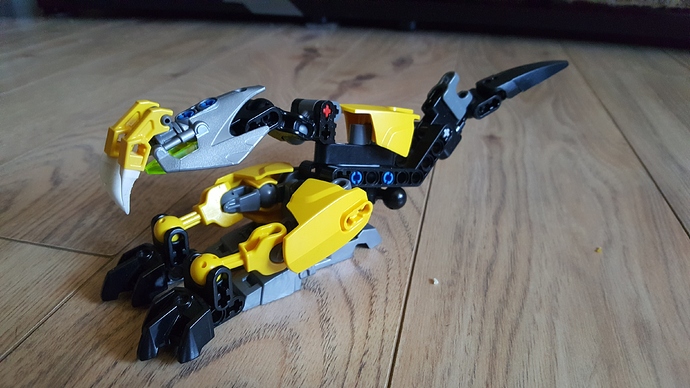 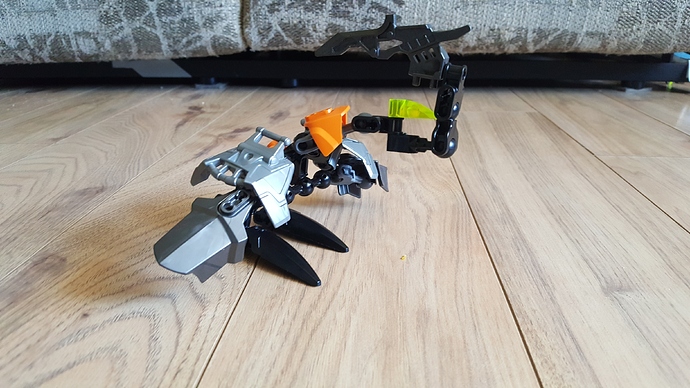 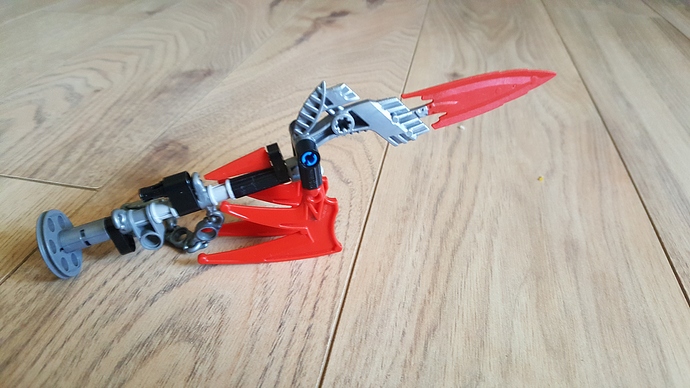 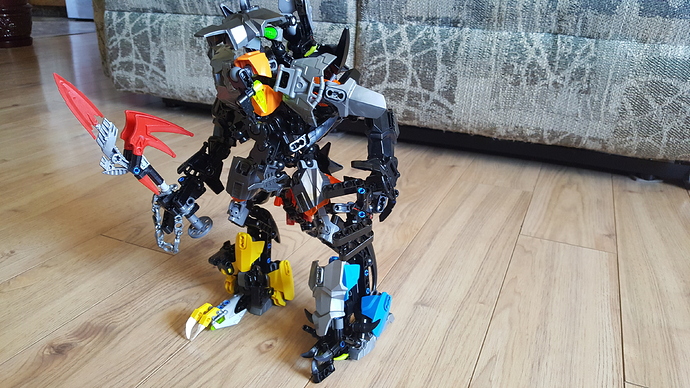 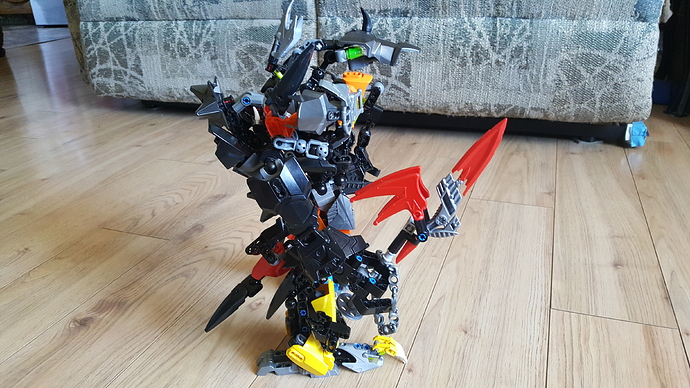 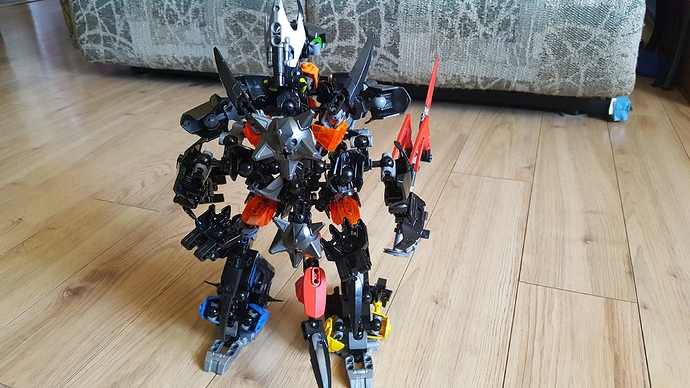 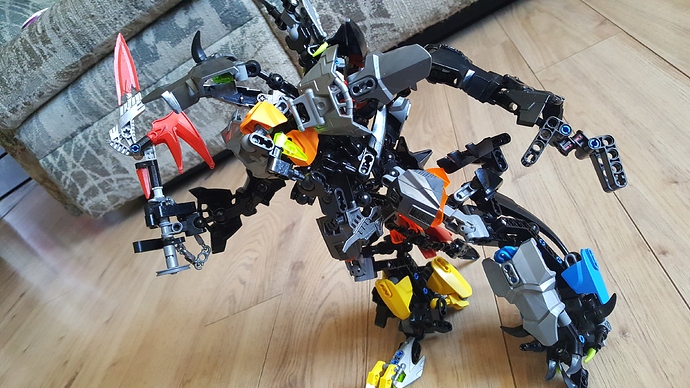 Before humans have arrived, aliens invaded earth. They have built mechanical dinosaurs with the pontential of combining into one robot. The aliens never realized that this creation would destroy them all. The aliens have fought bravely until they froze Extinction in ice. The aliens have left the earth, but now Extinxtion is back to destroy humanity again!

If you would like to see more angles of these: Allosaurus, Penticeretops, Doedicurus, Dire Wolf, Tapejara or just the whole robot itself, then just tell me in your replies! Thanks!

Love the concept and backstory!

The individual ‘Zords’ are simple but cool, for the most part. The Allosaurus and Doedicurus are a bit gappy. The combiner itself is a bit cluttered, but it is a combiner.

Wow… umm…great Mocs. I have no more words.

@SonicBionicleMaster Is that supposed to be sarcastic? It’s ok if it is

@jayzor17 Yeah, I too have been bothered about the “cluttered-ness” of this guy. I’m trying to find other ways of making him look a TINY

bit skinnier. So far I’ve tried tucking in the Tapejara head in one of the gaps in the Figure. Still trying other ways to this day!

Hmm… If that’s what you want to do, sure, but I don’t think it needs to be skinnier. The overall shaping of it looks fine to me, it’s just the way the armor looks, especially on the back of the torso.

The idea is good, but the models are lacking. The individual dinosaurs are gappy and rather simple. The combined form is better, it’s pretty cluttered and the back veiw is not the best.

I agree! It does need some fixing!

I like the individual “Zords” much better than the combined form. My advice is to try to polish their combiner configuration first then work your way back to the “Zord” itself. That will leave you with less clutter overall. It’s also a good idea if you can hide the parts you no longer need as opposed to leave them sticking around. Otherwise consider “partsforming” -i.e. taking off bits you don’t need somewhere and placing them somewhere else.

Good job nonetheless. These should be a lot easier for you in future.