Because their kinda hard to find, they only really came on Uplink, and some of the old hockey sets, (Where they debuted).

Because their kinda hard to find,

Not really, they are pretty cheap on Bricklink.

okay. what kind of connections do the have?

On a separate note, I once made a model I nicknamed, “The headmaster” who had major parts of his body made out of metru heads. almost all the joints but he ankles, wrists, and shoulders were made out of the heads.

I tried using them as shoulder pads on my latest MOC, but due to the connections and the shape I was going for on the torso it didn’t work.

It might work if you were going for an American Football armor style. 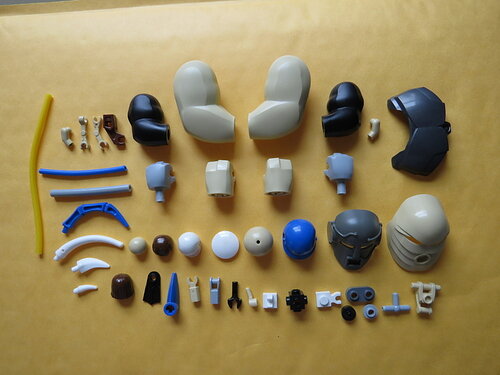 I’ve noticed that an oddly large number of my recent MOCs and other builds utilize the minifigure ring piece:

The neat thing about the piece it its unique geometry; it has the inner and outer diameters of a 1L liftarm, but with the thickness of a plate. Not only does it allow for unique spacings along axles, but it can also be used for stud-to-stud connections, since a plate is exactly twice as thick as a stud. (Though the “Lego” logo on some studs can make that an illegal connection, albeit a pretty negligible one) 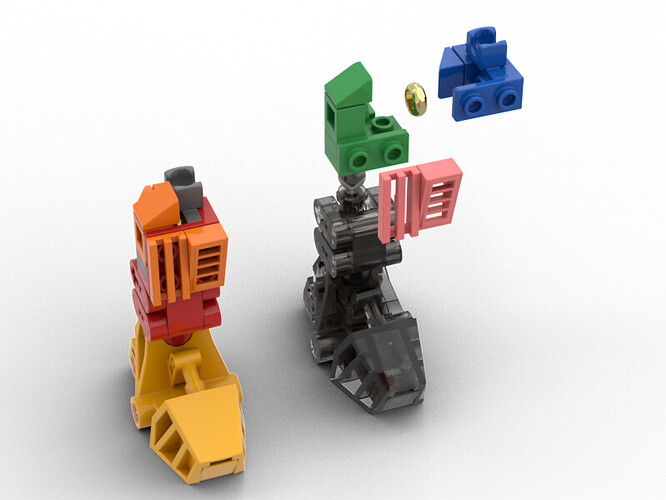 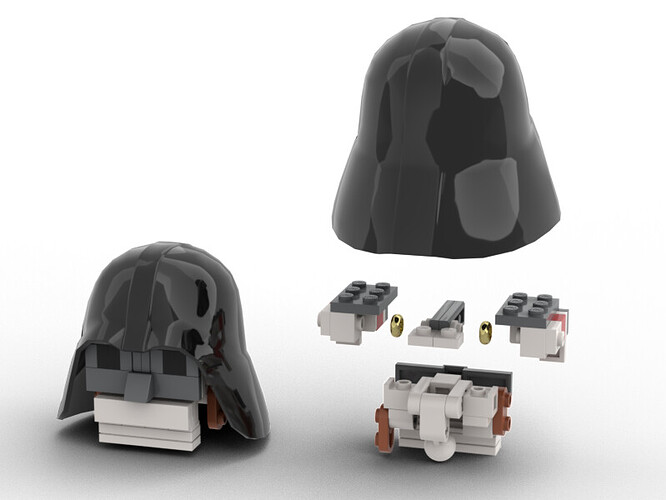 This one uses the rings in three different ways: 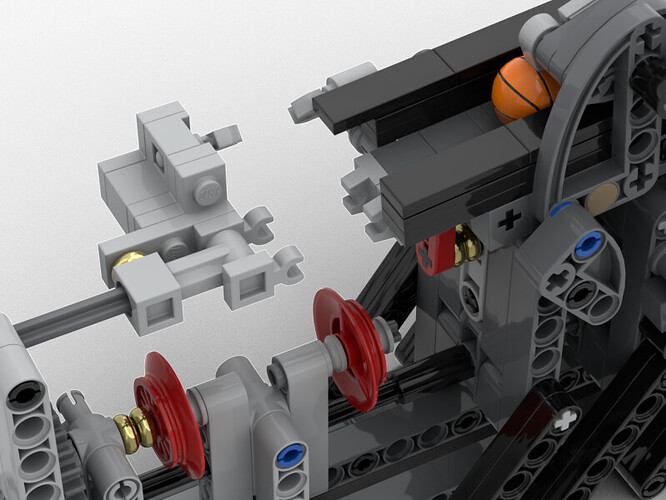 I just wish Lego would recolour it in a more generic colour than Chrome Gold.

Now all we need is a a double sided stud for the opposite connection.