Concept art for my own dumb FNaS AU 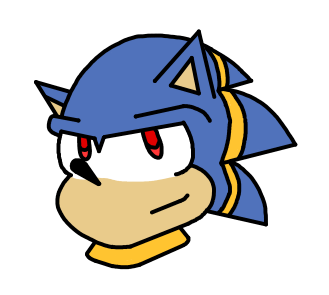 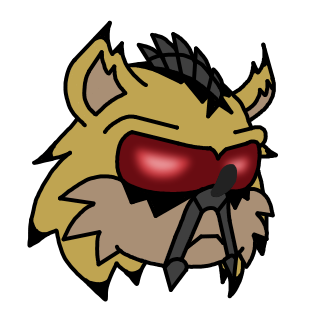 I didn’t kid about making some sorta AU. To summarize it up, it’s an alternate universe of the Five Nights at Sonic’s fangame series called “Five Nights at Sonic’s: The Greenlit Chronicles” (or simply “The Greenlit Chronicles”/“Greenlit AU”). I’ve made it pretty complex for an alternative universe, as I have gone beyond telling stories and went to worldbuilding (or universebuilding? idk). I’ve actually got a handful of the chapters complete in terms of roster projects and storytelling, meanwhile there’s mainly just plans for the rest of them and their roster projects in the works.

These two conceptual pieces of art are for Freedom Clones, the RockClones of the AU. I’m sure you can see where this is going…

Image 1: Concept art for Freedom Clone Sonic, a clone of Sonic who went through so much, now fighting for the world’s freedom in a reformed body. He isn’t the leader of the Freedom Clones however, but he is still an effective member. I wanted to give a Mega Man-eqse vibe to this one, alongside a focus on rings.

Image 2: And now we can get to the big bad of Freedom Clones…Greenlit Dr. Golden, who wields the ever-so-powerful Phantom Ruby. Like the original FNaS series, he is basically a defective golden Sonic clone who got possessed by Eggman at some point in time, except for this AU…he’s got full control over such a body. In this instance, he transformed into the golden doctor who plans to rule over the world. He has some original ideas here and there, but some details were inspired by Sidorak (mainly his movie appearance).