During medieval times there was a kingdom of great power in eastern Europe. It gained power through the use of the magical properties of gemstones, a power lost to time.
Throughout the time it was in power, it had many powerful and just kings. Until the end, when a king of less than great intentions gained the throne. He wished for a crown with the power to use ten different gemstones at a time, an ability that could not be duplicated with ten different Conduits, as only up to two can be active on a single person at a time.
The accounts stop after this particular part of the story, so many believe the creation of the crown led to the destruction of the kingdom. However, it is said that some of their Conduits still survive, hidden among the common jewelry without being able to be activated…

Many know this story, whether it be from a history-enthused friend, from a passing comment in history class leading to personal research, or what-have-you. However, few believe it, mostly due to the lack of other informative accounts and the fantastical idea of magic in gemstones, thoroughly disproven by scientific study.
However, one man did, and researched how to activate these ‘Conduits,’ the way to make them having been lost to time. He succeeds, and the runes engraved in the Conduit you have found in your possession starts to glow, and seems to tug you towards a strange mountain…do you follow its call?

A man in his early twenties rummages around strange ruins. He happens upon an old piece of parchment. Opening it, his eyes light up behind his glasses. “I found it!” He yells, causing the ruins to rumble. Quickly, he scurries out, his silver-colored ring glinting in the sunshine outside. He laughs. “Time to change the world!”

The man stands before a circle of bluish white chalk, inside which was a slightly smaller circle, in between which were strange runes. In the very center was a small circle, surrounded by connected triangles and inside which was a four-pointed star. He sets his ring in the center, and it started to glow. He dumped water out of a bottle on top of it, and a shockwave came out of the ring, going over a radius large enough to encompass all of the continental U.S. in a matter of hours, then the rest of the world in just under a day. However, other than that, nothing seemed to happen. He grumbled as a frustrated laugh escaped him. “Of course it didn’t work.” He said, leaving the top of the mountain.

The piece of jewelry you have on seems to start tugging you in a certain direction as the runes start to glow slightly. The tug isn’t enough to disrupt other actions, but is still noticeable.

The woodcarver sits in his family’s workshop goes through keeping the old family heirlooms in maintenance. Mokuzai holds the box in his hand as he polishes it while replacing small minor screws and hinges he picks it up to inspect if the feeling was real.
Bruh. Hold up. Eh. It’s probably me fidgeting. I get too nervous when handling this stuff

Ike holds his tiara in his hand and drops it out of fright. He peers down over it and sighs but notices it slowly move across the floor of his apartment. “Oh. It… Just moved. That’s weird. Right guys?” He sighs at the lack of response.
“Now this a merry bunch.”

A boy at about 20 years old sat in a study hall practicing on a guitar when his rhythm got thrown off due to a sudden, light tug at the pendant around his neck. He stops for a minute then plays some more.

Felling the tug again, he grabs his pendant and examines it. The obsidian, specifically the runes, were glowing a pale light.

A young man seems to be facing off against a sparring dummy. He rushes in with two palm strikes, then an elbow to the dummy’s face, before coming back with one to his neck. His ring flowed as this happened and pulled him in that direction, the extra bit of force making him stumble back a bit. His eyes lit up as a look of awe stretched across his face. “It worked.” He muttered. “It worked!” Quickly, he ran out of the room and up the stairs, putting on his zip-up hoodie and shoes as he left the building, presumably his house, and ran for a nearby mountain.

Zablex puts the guitar away as his father calls for him, “Ya all packed up?”

“Let’s get going or we’ll miss our flight home.” He heard as he grabs his things and brings them to the rental car they used.

“Another fun adventure, eh?” His father asked as Zablex walked into the humid, foggy English morning.

They all got their things out away and went to the airport to catch their plane.

It appears there is more to this pendant than meets the eye; could the stories actually be true? he thought as they boarded their plane back home to New York from their wonderful trip to see Stonehenge.

OOC: would the pendant be floating up and pointing like a compass to the mountain?

OOC: The pull gets stronger the closer you get. On the plane, it’d probably be barely floating away from his body, almost not able to be seen by most people.

IC: The boy kept running up the mountain, the ring pulling more the further up he gets.

Once they got home, Zablex said he’d be taking a moment to readjust to their home time zone by taking a hike.

“Just be sure not to be out too late.” His mother said.

“Naturally.” He said as he got outside, carrying a satchel that held a recorder flute and a binder of music and some water for the trip.

He called a cab and asked to be taken into the direction of the strange mountain.

Ike picks up his ever so royal crown and inspects it. “Why do we even own a tiara guys. Is it a magic one or uh…” Why would there even be a response, time to shut up. He picks up his backpack and a jacket and heads outside.

Mokuzai rummages through his drawer to organize his set of tool and goes straight for the door but is stopped by his cousin.
“Why are you leaving so late?”
“Don’t worry. I have something to do.”

OOC I assume the two locations are in Europe and the US respectively right?

Zablex soon arrives at the area near the mountain and pays the cab driver in full. He takes a look at the pendant, the tugging feeling was stronger as if it were being pulled magnetically towards the mountain.

“Last I recall, silver is not magnetic.” He muttered as he began the hike.

OOC: two locations? All the Conduits are being pulled towards a single a single mountain in northwestern Pennsylvania, in the US.

soon arrives at the area near the mountain and pays the cab driver in full.

I doubt a NY cab driver will take you out of state, but I’ll suspend my disbelief for the sake of convenience

IC: Jeff soon approaches a cave in the forest that spreads along the mountain range, where the ring is pulling him.

“Like a little compass…how intriguing.” He muttered as he continued on the path the jewelry directed him along.

With every step, questions grew in his mind: was this trinket actually one of those fabled ‘Conduits’ he read about? If that was the case, would their symphony be possible as well?

He began to sing softly, it was a medley of fictional pieces: 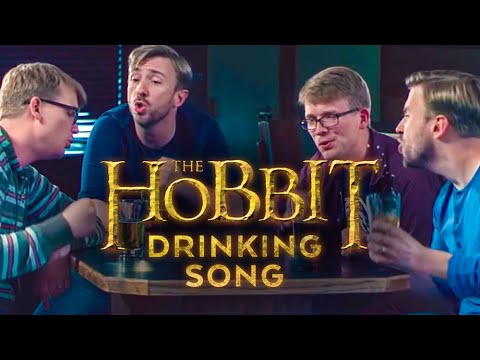 OOC Was thrown off by this
IC Mokuzai contemplates on how to best follow his stone but decides to take a bus to the shore of Weston Beach. Is this leading me to the flipping states of all places. Oh bloody heck. Where am I supposed to get the pounds for that.

Ike hops into his bike and holds the tiara in his hand to lead him. Dang. With this bike I could Pizza Time. I should totally become a pizza delivery boy.

Sorry, that’s where he found out how to make them work again. He did the thing back near his home.

IC: Jeff walked into the cave, where the circle thing he’d made the day before still showed faintly on the ground. Once he walked over the circle of runes, the ring stopped glowing, and stopped tugging as well. “Strange.” He said, intrigued

Ike looks at his tiara as he takes a break at a bus stop. How does this even work. Is it a ghost. Man that would be awesome. Having a bunch of old to always talk to.

Mokuzai kicks up sand and rocks. How am I supposed to get the darn money to cross the ocean. I could try hiding on a boat but that’s probably not how it works.

He could hear a humming getting closer.

Zablex rounded a corner then stopped, seeing someone in a circle of lines and runes. Occultist rituals? Either this is a prank, I just walked in on somebody’s film set or… he thought, standing in the tunnel, looking at the boy curiously as his pendant tugged strongly around his neck towards the arcane artwork.

OOC: If anyone here were a betting person, how much would they be willing to say that one gem power is portals?

Mokuzai might find about 300 pounds partially buried by the sandfor plot convenience.

Jeff turned to the cave entrance. “Well now who could that be?” He mutters, walking towards the entrance.

Zablex shifted to a more combative stance, “Who are you?” He asked.

“I could ask you the same thi-” He starts, before seeing the pendant on his chest floating out like a pointer. “No.” He says in disbelief, before reaching into his pocket and taking out a very old piece of paper, reading over it. “I misread it.” He said. “It didn’t just activate my Conduit, it activated all the Conduits that’ve been attuned!” He exclaims. “This is amazing!”

“Explain yourself.” He said, stepping closer in a somewhat intimidating way.

Jeff steps back, taking a lightly defensive stance, hands open. “That thing around your neck is one of the last remaining relics of a mysterious civilization that disappeared centuries ago. I, through a process I learned about by exploring their ruins, have activated its powers. It’ll be actually usable once you step through the center of that circle.” He says, motioning his head towards the shape on the ground. “That’s what happened with my ring.”