A relatively recent moc I built, he’s very simple compared to a lot of what I see people building. Personally I’m fond of him, I like the red and gray color scheme and limb proportions. What do you think? 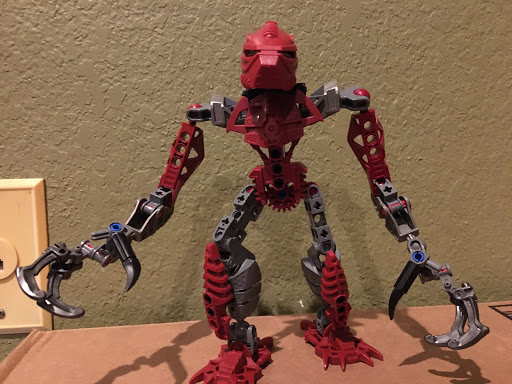 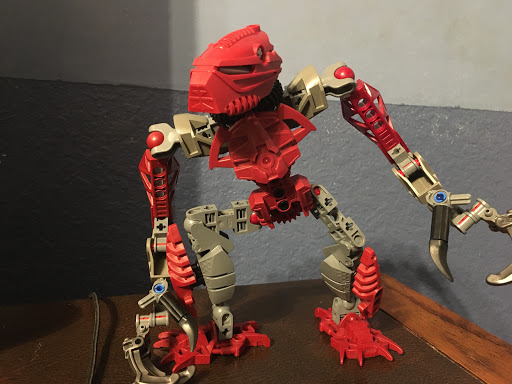 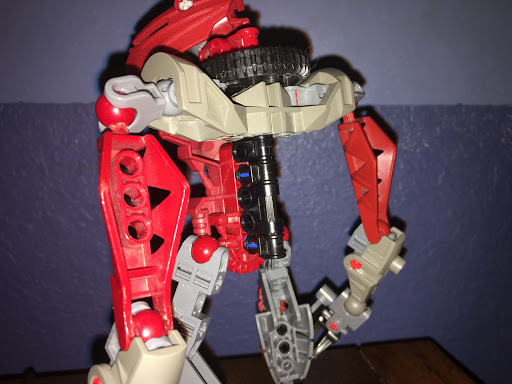 Before the destruction of the Matoran Universe Corrun served as a Dark Hunter (codename “Fanatic”) somewhere on the Northern Continent, where his left eye was lost during a battle with a Toa of Ice. During this time his nearly worshipful obsession the Brotherhood of Makuta almost caused him to be ejected from the Dark Hunter ranks on multiple occasions. After Teridax’s defeat his senses abandoned him, and now he aimlessly wanders across Spherus Magna hunting Toa where he finds them, always muttering to himself, “How could we lose?”

Recently, some have rumored that he aims to reforge the Kanohi Kraahkan, and even that he has come to own one of the few remaining Antidermis Zamor spheres used by the Piraka on Voya Nui. Whatever his plans are, one can only hope they end in failure.

The torso design is quite nice!

Thank you! I’m rather fond of it myself!

Unique lookin and still better than The hordika build lol.