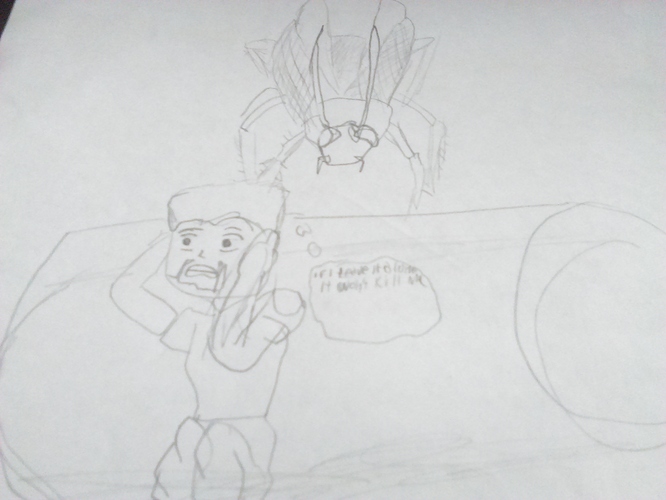 I had completely forgotten that I made this until finding it.

So this was a loose adaptation of the famous story of which Vardaran found a cockroach in his apartment. Obviously some creative liberties were taken.

if you can’t read the though bubble, it basically says “Please don’t kill me” twice.

but yeah, that looks nothing like Var, I don’t think that looks like a cockroach, and I think that’s a log he’s hiding behind. I don’t know, I never bothered to finish it.

I had another one I called Eljay vs the Solekians (guess what that was inspired by) but I no longer have it, as it was a sin against God and mankind and needed to be disposed of immediately. inb4 I get banned for religious discussion for that sin against God line Maybe I should remake it, it had Eljay chasing two hardcore Solekians with a Chainsaw, an idea I still kind of enjoy.

Regardless, leave your thoughts on this POC below.

This is an absolute mess, but for some reason it has this odd charm that makes it not terrible.