A former servant of the Makuta, Ethereal attempted to usurp power from Teridax when he took control of the Brotherhood by recreating the Mask of Shadows. He succeeded, but the mask enveloped him and turned him into a ghostlike being, comprised of shadows. After narrowly escaping death when his plot was uncovered, he fled to the island of Zakaz where he was recruited into the Dark Hunters by a group of Skakdi.

Ethereal works as a spy and infiltrator, able to travel through other’s shadows and possessing the ability to become intangible. His claws bear no special abilities aside from channeling shadow bolts. 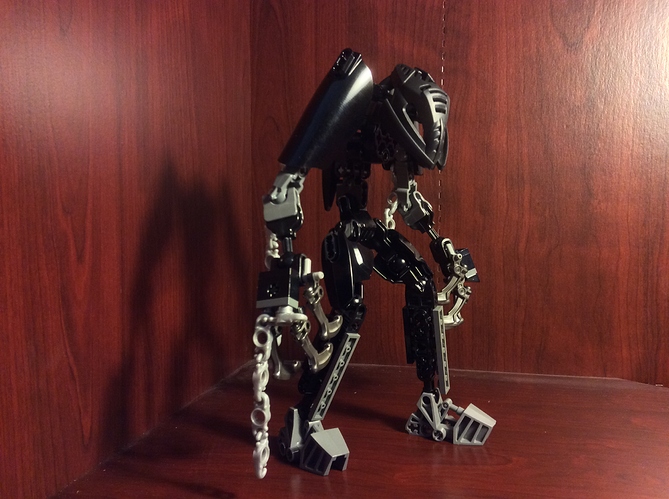 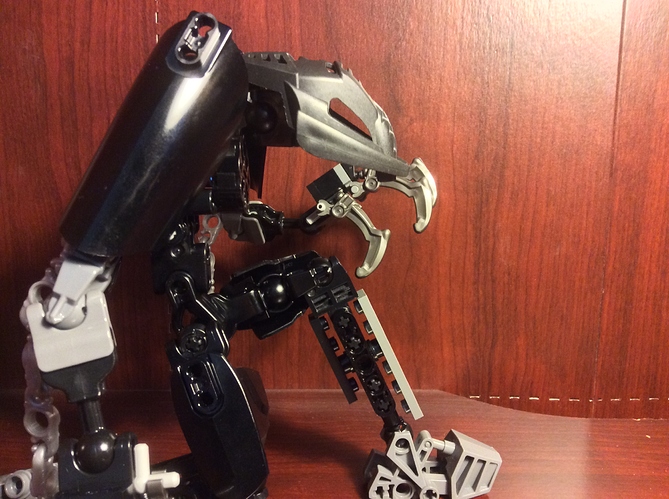 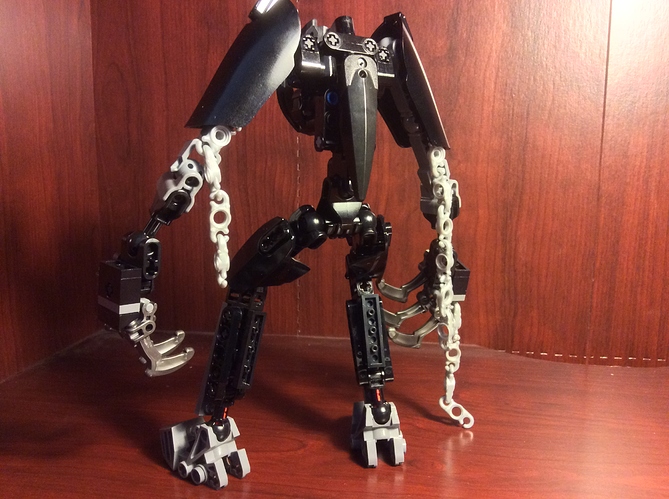 This was a pretty fun MOC to make, I can safely say I’ve improved a lot since my last MOC. Constructive criticism welcome.

I love this moc, just wow

I get that he’s a ghost, but he needs eyes.

I really like the look of this guy but the anti-studs on the shins look bleh.

Yeah, I noticed that. Unfortunately I ran out of decent parts.