Okay so I fleet the first version of him was somewhat lacking, the second version was to tall. so here is the third version of Darth. the forth version will probably be the last version of this guy before he becomes the GIF Man.

I wanted to try and make something original with the torso build, and I’m pretty sure I haven’t seen this torso build before. It’s a little gappy but I’ll fix that later when I have more parts. I will also be making the lower legs and arms white at some point, and I’m going to add a little more blue to him at some point before I post the final version of this guy.

Also he now has a chainsaw staff weapon? I’m not really sure what that is suppose to be. But I had to have the Krika head somewhere.

any way here are the pictures of this guy. 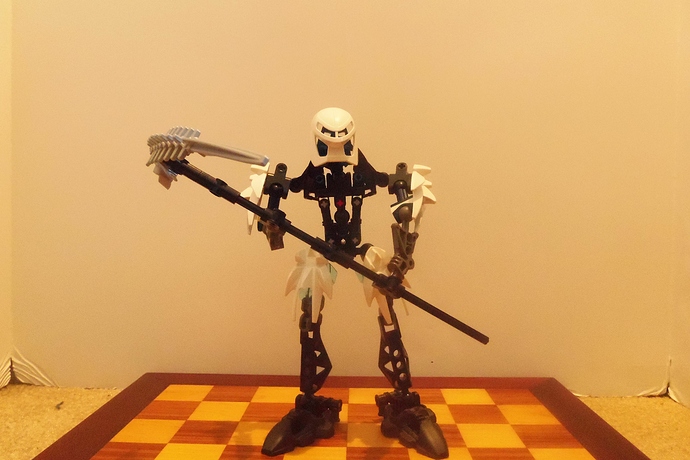 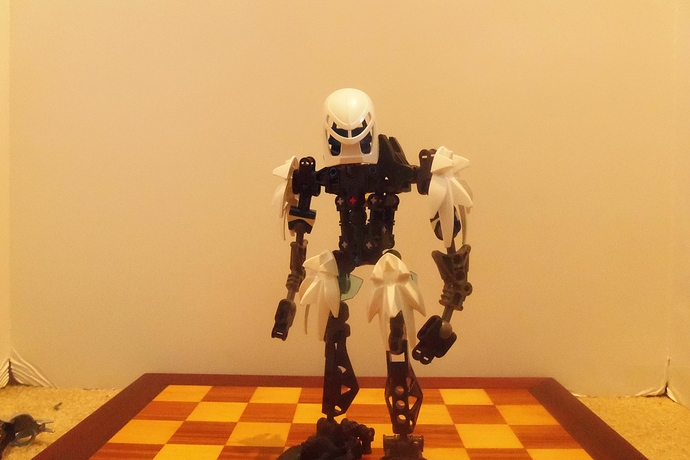 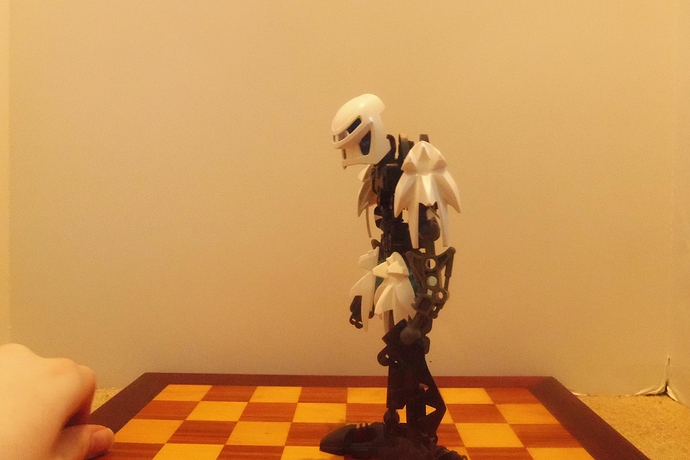 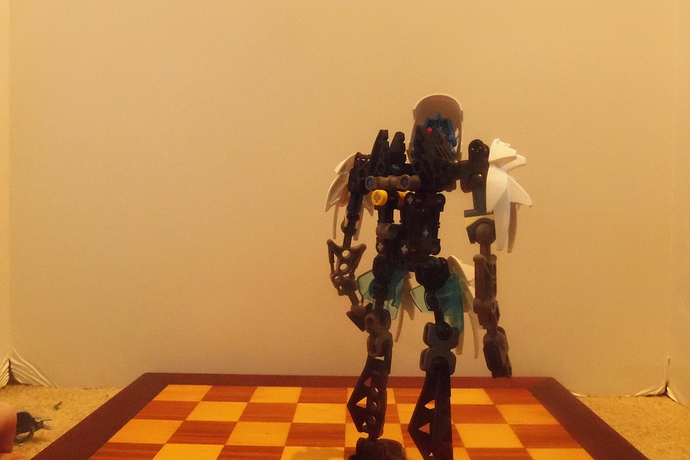 Hades 007.JPG4608×3072 2.02 MB
Edit
I think the hardest part of designing this guy is having him be Undead. It’s really hard to make that work with smaller MOC’s, at least for me it is.
I’m going to be adding some sort of back armor to him. And cleaning the torso up a bit.
The Mata arms got to.
Edit 3/4/2016
Well I have moved onto my next version of this guy. Probably won’t post it though until his dragon form is done as well.
Any way your opinions are welcome.
13 Likes
Whaddon February 18, 2016, 8:30pm #2

Not a fan of the gappyness but the colors are really nice, also love the weapon.

Not a fan of the gappyness.

Actually to be honest all of my self MOC’s have been gappy up to this point. His actually the least gappy of them all. But yeah I’m not a fan ever.

I also feel that he looks more robotic to.

but the colors are really nice, also love the weapon.

He certainly needs to eat his wheaties.

edited title cause why not? - Booster

Really like this one allot more than the last version.

Really like this one allot more than the last version.

Yeah I like him a lot more too. He’s also slowly turning into the GIF reaper, and I feel that really shows in this MOC…

Why haven’t I posted his story yet.

Definitely improving. Questionable thighs and torso, but it’s getting good!

I think I can see what you’re envisioning and I really like it. It is, however gappy and the use of mata arms looks odd.

however gappy and the use of mata arms looks odd.

Yeah… I don’t know why I used those. They kind of make it hard to pose him in my favorite pose.

The thighs haven’t changed much, but Yeah the torso is a real eye sour to me too. I was just trying something new.

Also his always been gappy. Yet this is the first time anyone has mention it.

Thank you all for your opinions by the way.

Something covering the back would make it look a LOT better.

Too many gaps but love everything else.

I’ve noticed this mask has become increasingly common on mocs. I too have a moc that needs to be posted that has one that’s been WIP for a while. I garuntee I’ll get called generic at least once on it.

As many others have said, the mata arms are a strange choice that limits articulation, and the torso is very gappy, but I enjoy monsterous proportions, almost resembling these:
http://vignette2.wikia.nocookie.net/minecraft/images/0/05/Enderman_normal.png/revision/latest?cb=20130724211158
along with the spikey aesthetic. Some more armor could really do this MOC justice, though.

@StudentScissors that was the goal.

@DiamondKing thanks you. And yes the gaps are a problem I am working on.

@Lord_Tuma thank you. Yeah this version needs a lot of work. Yeah armor would do this guy justice but it may make him look a bit to bulky. And he is suppose to feel kind of like an Enderman, since that is what kind of inspired me to make him as my self MOC.

@Toa_Ketros Yes it does seem like the number of MOC’s with Miru’s has increased a little.