Yesterday, I spent 2 hours of my life rebuilding this set, which I had broken for 8 years. Why did it took me so long to rebuild it? Because the parts were scattered all across my LEGO containers, and it took me more to find them more then to actually build this thing.

So today, I am reviewing set number 7968 Strong, released in 2010, was part of the Racers theme, and it originally costed around 13$. 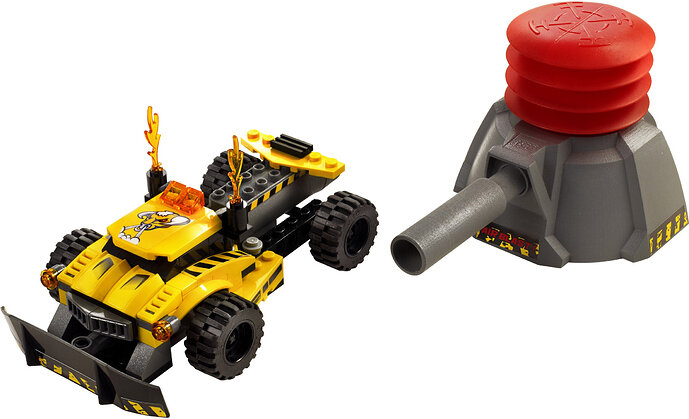 Now, getting into the actual review, I must mention that this set was actually intended to be played with, rather then being a display piece or anything else. The whole set is made around the play feature: The Air Stomper: 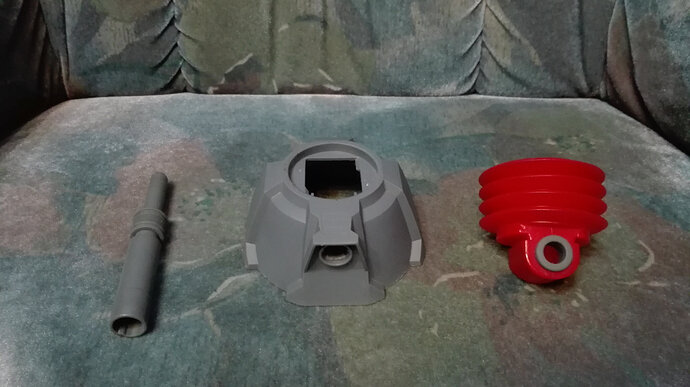 The Air Stomper itself is , made up of 3 parts (not counting the port which is attached to the car). This is pretty much the same piece which was originally used in Life on Mars and Mars Mission. 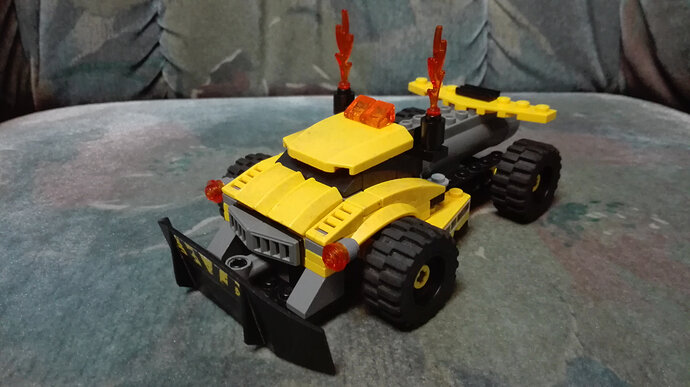 Now, looking at the actual car, I have to say that is much smaller then it looks on the Box. I was very surprised when I finished rebuilding it, and I saw how small it was. But of course, that is not a bad thing. The car is made out of very common pieces, except for the air stomper parts, and that bumper piece in the front. Not sure if it came in other sets or is’s just exclusive to this one, but I love that piece. But other then that, you would probably be able to build this thing very easily.
The Design of it is actually pretty good looking, even though, as I mentioned, you are supposed to play with thins thing rather then display it. 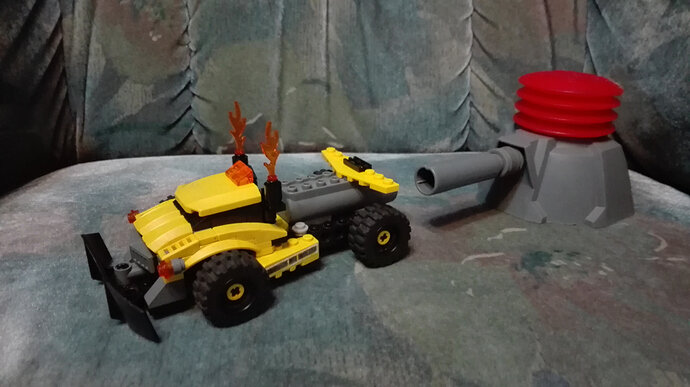 Now, how does this thing work? Unfortunately, I can’t post a video to show how it works, but I’l do my best to describe it to you.
What you are supposed to do is put the car’s port into the Air Stomper, and then press it very hard (It would only work well if you press it with your foot… with your fist will move like 5 Cm).
When you press the air stomper, the car will be lunched. And it works pretty well. Of course, not as well as advertised, but works well. You will have a lot of fun playing around with this thing. You could race with your friends, make ramps, just to give you some ideas.

Do I recommend this set? Probably not. Unless you are collecting LEGO Racers as I am, you would probably have no interest it it. Even so, It’s a fun toy to play with. If you bought this thing back when it was released, it would have been a perfect gift for a child. You would most likely get this set nowdays only if you feel nostalgic about these sets. 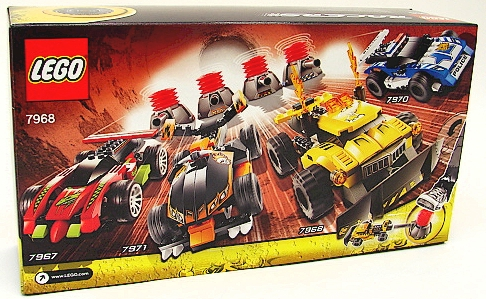 There were 4 air stompers released in 2010, and all of them did the exact same thing, Similar to the Bioncle Clone sets (even though these cars aren’t really clones of each other, so that is a pro too).

Now, in the end, I’l rate this set a 7/10. It’s a nice set, but not really memorable unless you are a LEGO Racers fans.

If you liked this review, don’t hesitate to give it a

Yesterday, I spent 2 hours of my life rebuilding this set, which I had broken for 8 years. Why did it took me so long to rebuild it? Because the parts were scattered all across my LEGO containers, and it took me more to find them more then to actually build this thing.

I don’t think that the time you spent finding the pieces counts as the time spent building the actual set. [quote=“LegoDavid, post:1, topic:47398”]
Lack of exclusive parts/recolors
[/quote]

Yeah but as you just stated, the air stomper pieces and the front piece are rarer pieces that can be find with this set, so I would say it is a pro.

Anyway, good review. I think the same about this little thingy. Although I really don’t like those ugly hollow studs on the back of the car.

I dont think this actually needs a review, it’s something that everyone knows what it does

I had no idea of this set before the review.

you have to check more sets out

Why do only half the pieces have stickers?

If I couldn’t find the pieces with stickers, I just used other pieces with the same color.

No, the stickers couldn’t stick there anymore, that’s the thing, the pieces are the same. A sticker can’t usually stick for 8 years, right?

Ooh, I used to love this racers line! They were cool.

Same, they really were cool, I liked them really much. I am a little sad they are not making these kind of things anymore…

compared to names of other LEGO Racers 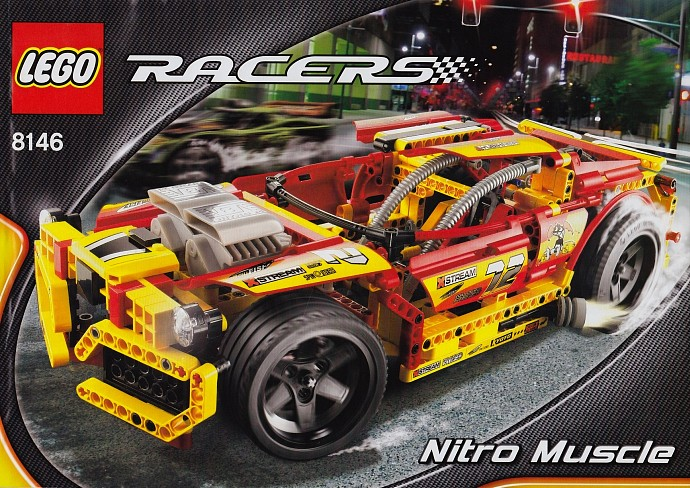 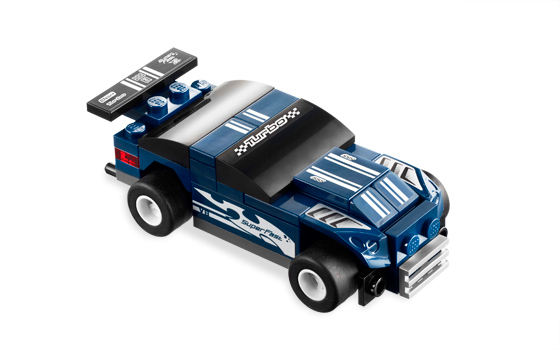 No, the stickers couldn’t stick there anymore

Nah most of my stickers still work

If you keep them in a good place and in a good condition, yes, but this one was kept badly

Then it is your fault, not the sticker’s quality.

No, it’s my brother’s

Then it is your fault

I feel so ashamed…
/s