So yeah this was the second mini mayhem I made, she was pretty weird, don’t even know why I made her or how come her design came out like this but here she is.
If you want to see the contest and where these came from check out Kelratz, the links are there. 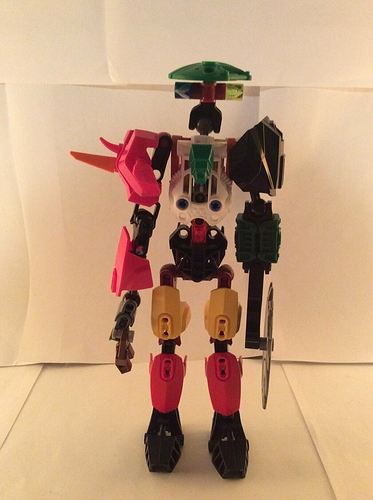 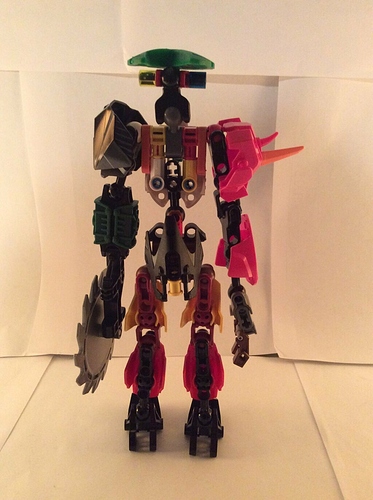 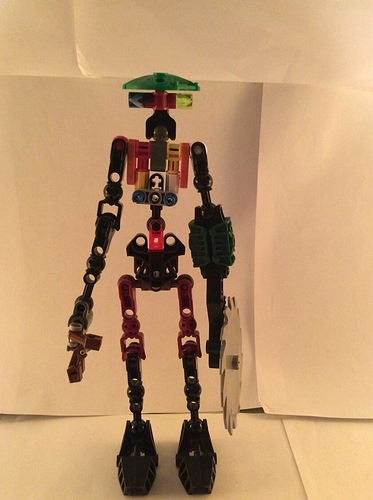 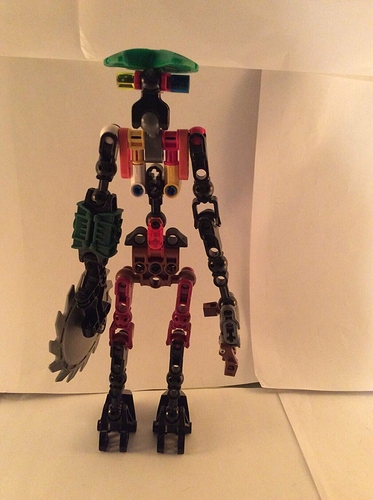 So yeah, I made another mini mayhem character! Woohoo! Essentially I was thinking of mini mayhem’s and got extremely bored and determined at the same time, so she was spawned from my bored determination. Despite lack of parts I was able to custom make a chest (funnily enough much later I discovered that I did have the proper peices, ehehehe (Sweat drop)…) and find enough peices to finish her up. Even came up with a name for her type of style!

Debro medrentitiona or Cia (C.I.A. Short for Chaos in action) as she prefers to be called is what I like to call a chaos in action style moc, I.e. a chaotic, yet well done moc (I.e. almost all of my mocs XD!), typically made while table scrapping or sometimes purposely.

To put it simply she is a living, self modifing, self repairing, machine of destruction, why I say she’s a destruction machine is because that is what she is supposed to be, she’s tall, has a saw blade for a hand, knows how to fight, and can repair any damage she gets herself as long as she has parts. But funnily enough is that she’s absolutely awful at it because of her personality, she’s very sweet, kind and dislikes fighting but is also really shy, soft spoken and self conscious about her form knowing that it’s pretty chaotic. Also the self modifing was discovered on accident, she had been using her self repair function and figured out that she could repair herself in different ways than her original form and also build other things besides spare parts.

She is also fully robotic, but has a A.I. that is exactly like that of another loving being (not a super A.I. so she’s not super smart but is virtually the same as a living being) so she has endless stamina, above average strength and a mild scope zoom for her eyes, but she does need to recharge every now and again but she has a massive energy store and is quite energy efficient so it takes a while, really all she needs is one of those large battery’s (forget what they’re called not the square ones but the large cylinder one) and can also use energy crystals (green crystals) both must be connected to the port on her head which is a multi port, she can either charge from it or connect to computers and download/have a system scan from it… now that I think about it you could probably turn her into a remote controlled bot if you somehow managed to get an antenna in there, be pretty difficult though.

Other attributes: has a virtually unbreakable saw blade, a sword like weapon, a lamp replacement for her saw, a pinwheel back piece, long range communications antenna back piece, and a night vision/welder’s mask for when she uses her saw to cut something.
Her saw can cut through (seperate) pretty much anything bionicle related, everything else not to much, maybe grass.

Due to her self consciousness about her looks she is easily embarrassed and flustered when complimented or someone likes her form.

Funnily enough her saw blade is actually one of the few parts she is not self conscious of and is quite proud of it, the other parts are her eyes and little green thing in her chest peice (no idea what it is).

Very soft spoken (smaller text, no exclamation marks) around new mocs until she warms up to them, which sometimes takes a bit and even then she isn’t very loud.

She has a normal level of jumpiness but don’t spook her, her reaction is typically attempt to hack whatever scared her apart with her saw.

she can also switch Cher hand out for other items as long as she can make it compatible with the socket connecter her hand is attached to.

Interestingly enough her saw arm was not the first design for it but I changed it because it wasn’t flexible enough.

Also if you do make her change her fingers to grey and change her chest peice to black, woulda myself but I don’t have the peices in those colours.

p.s. Anyone notice something about the name? Let me know if you do!

also sorry about the images, using a different device and I can’t combine them.

How to saw arm 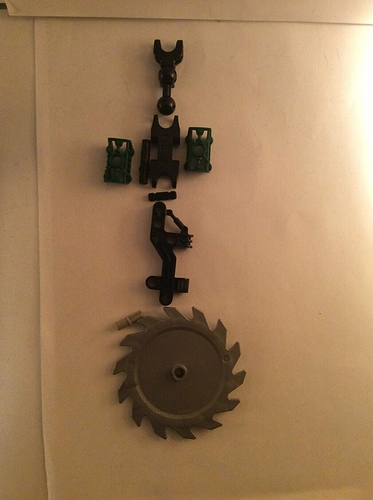 How to build her saw arm… Second time I’ve made a limb like this. 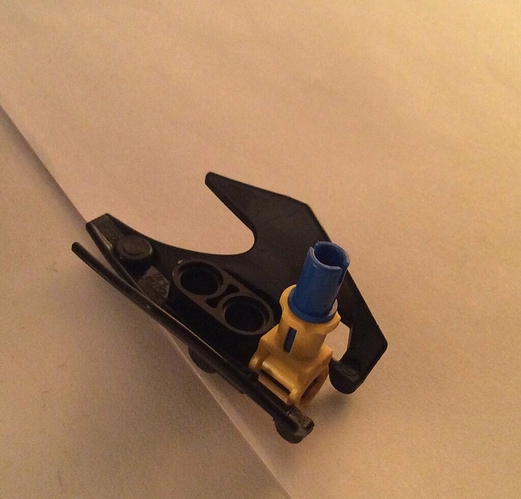 Just how I connected the back peice for those who wonder 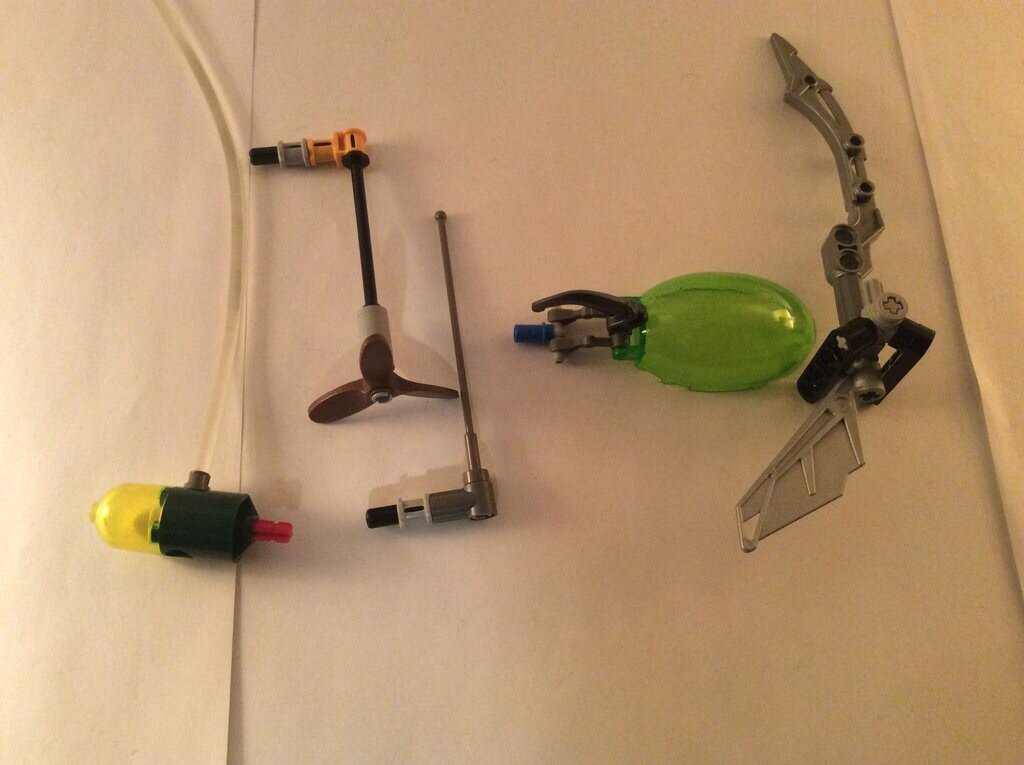 Just some random custom peices I made for her, went with a scrappy look for no reason but to show of her ability to self modify herself and such.
All of Debro’s custom peices. 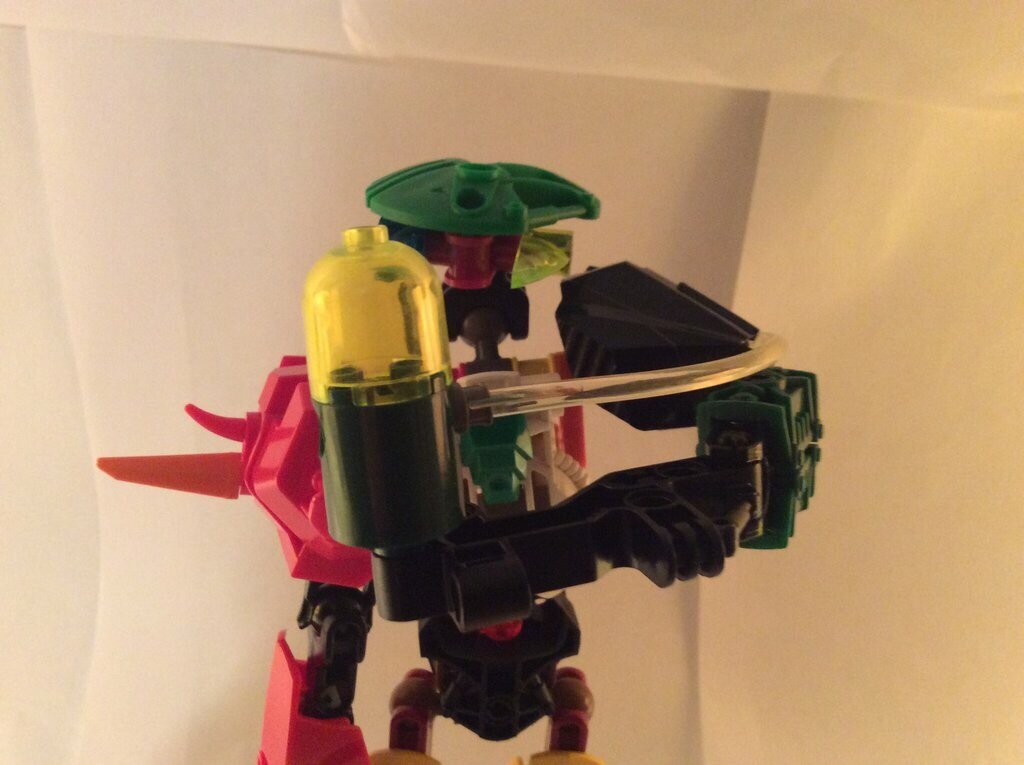 A lamp replacement for her saw blade, for when she’s exploring somewhere dark or its night. 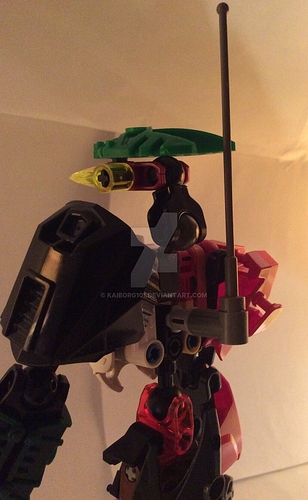 A long range telecommunications antenna she built, she can pick up radio signals with it! 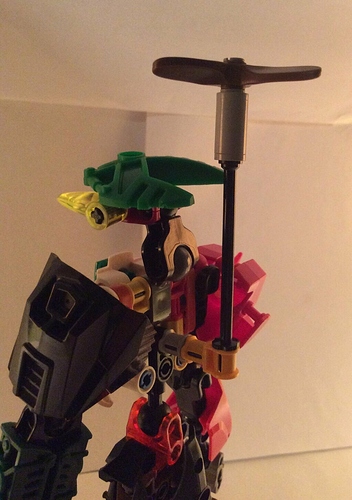 propeller she made, it can charge her when it’s in wind but she tends to just use her own energy to make it spin and watch it. 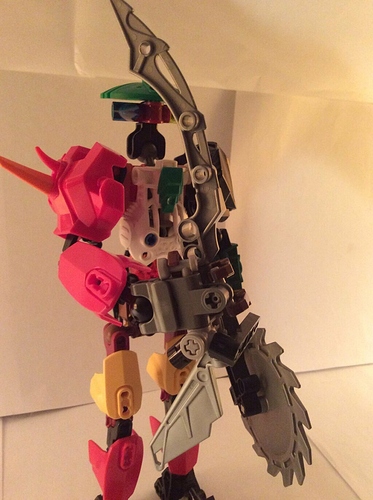 Yeah I don’t really know what to call it. 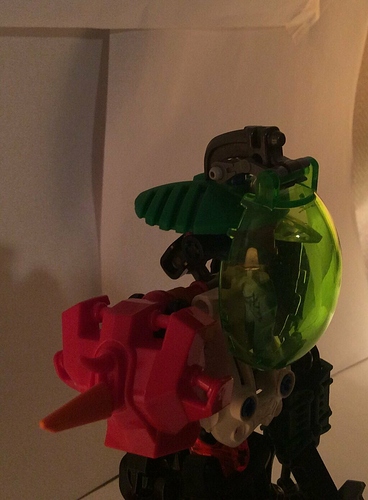 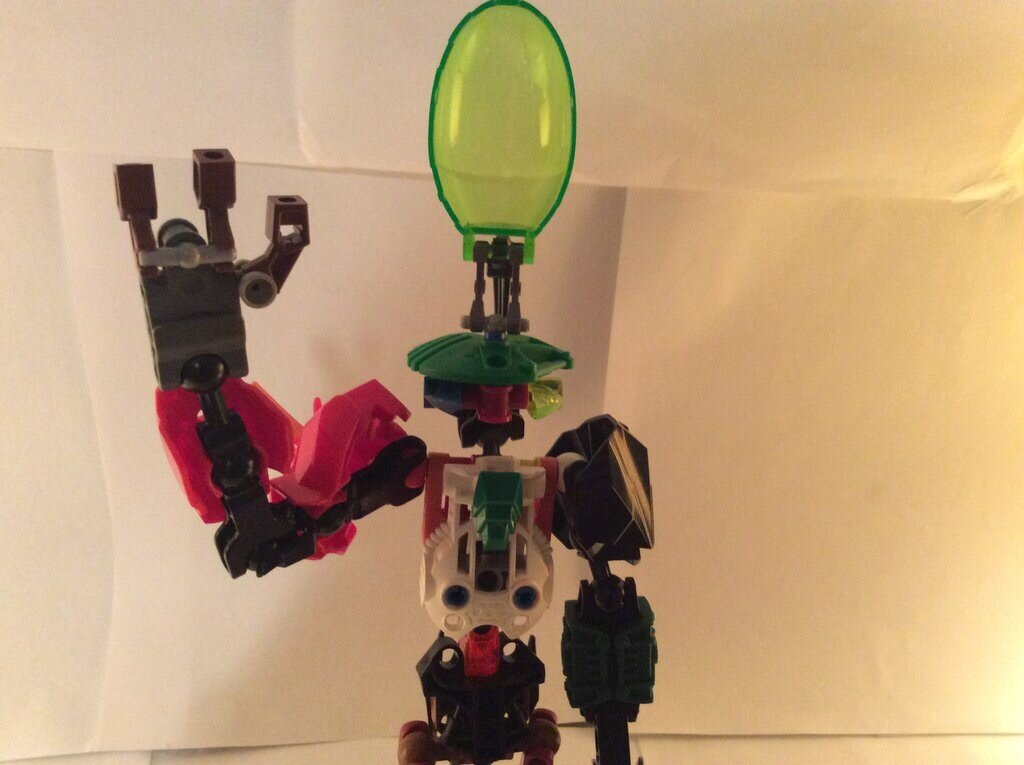 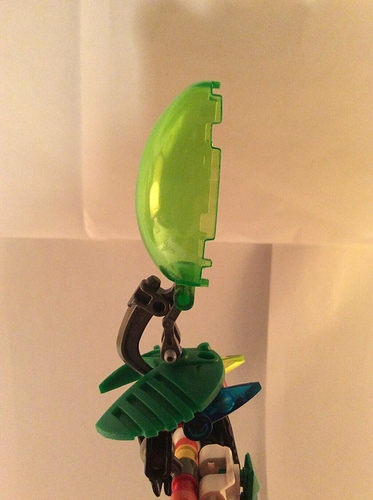 Uses it to see in the dark or when she’s using her saw to cut/carve stuff, to protect her eyes from sparks and such.

Also the claw was added because when it is pushed down it keeps the mask from spinning.

I cant tell if its my brain, or it’s the pic

But the right arm looks like it uses pink shells

There isnt really much I can say about the moc, the color scheme is bad, and the build is weird

@Asriel Yeah that was the lighting, something was up and it came out like that, and yes I know the build is terrible, kinda made it like that on purpose, started up, didn’t look to good, decided the whole entire character would look like that and made a description to fit.