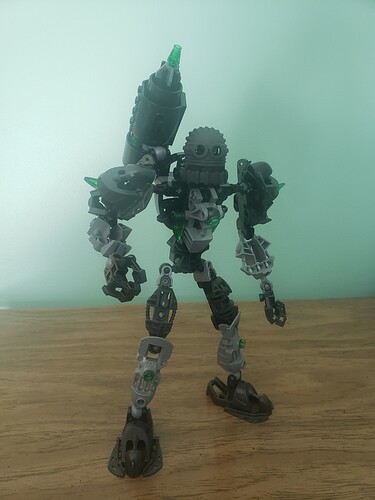 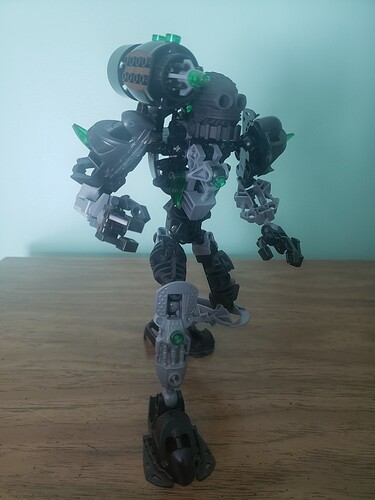 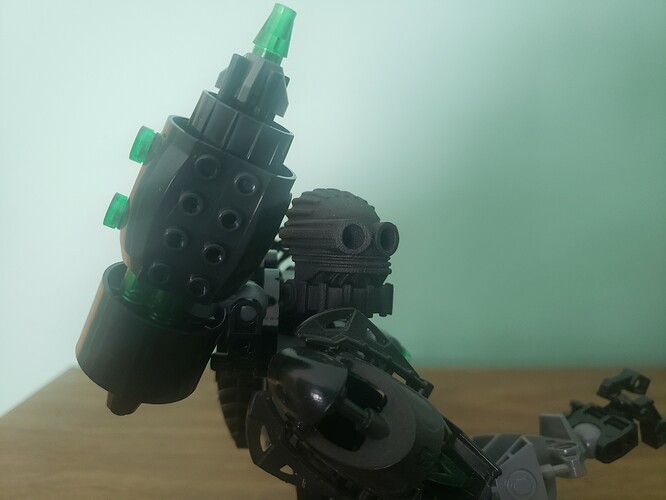 Dergen, Toa M’Kuu of Earth. Aka, the Grumpy-Toa-Baby to his brother Tropoto. Dergen is a brilliant inventor, likely due to his Kanohi Mask of Biomechanics (special thanks once again to KhingK over on Shapeways). He is typically found deep in the mines of the Scarlands endlessly tinkering on anything he can. He is so engrossed with his work that he modified his Sprocket Launcher to be shoulder mounted instead of handheld just to free up both his hands. As his brother Ferrum would say, “If you have something to tell him, just make sure it’s important or else he may squash you”.

I like the cannon on his shoulder! Nice job!

I did that just to make him stand taller than the rest of his team tbh. He did come off a bit stringy in the leg area tho.