Desert Charge (For a lack of a better name)

This is a drawing I came up for a small monthly contest on Facebook, put out by this armature company.
This months theme is anthropomorphic characters. 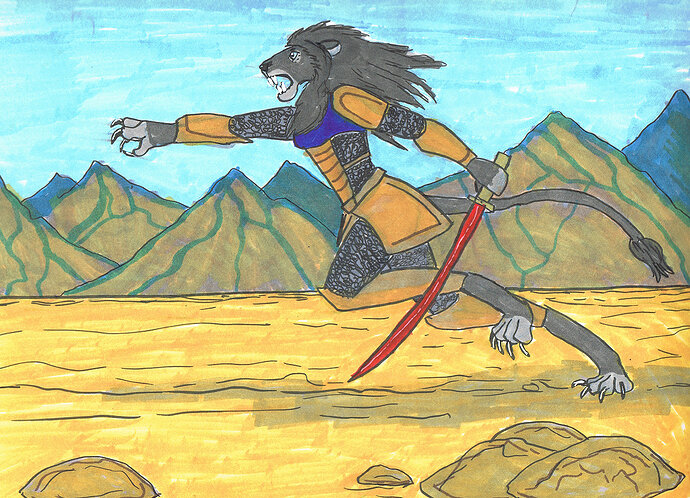 Judah ‘Phoenix’ Alisdair is a character from a fantasy story I’ve been working on the past few years.
He is a bounty hunter/ranger, representing the only form of law outside the city-states of the realm. He and 6 others form a squad that specialize in tracking down members of a cult that they once were slaves of, but broke away from.

His sword was meant to be a Katana, but I kinda messed up the shape when I put the line work down.

Is this hand drawn?