Designs for the Brotherhood of Makuta (Rebooted)

Update:after life hit me like a ton of bricks and then I looked back at this old idea I went back to the grind and got some nice renders, moreover I am eluding the big monster Makuta as I have a better design in mind that I will show later

The Six themselves, lined up an ready to ready to sacrifice a Maki or two 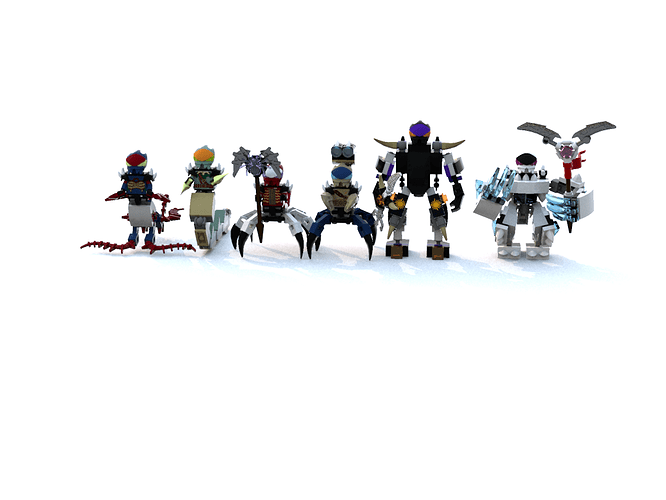 As you can probably tell, there have been some changes to the ideas and designs, Id say both are for the better as while the centaur theme was interesting and I shelved for later weird design the two “muscle” members of the cult have more traditional designs while keeping with the uniform head piece consept
.

So for now, we will start with Norik, went with giving him his off color accents for his later form to help hint at his “purity” and good will. make him start out looking like a nice old grandfather figure, even giving him the MOL robe bits as a badge of office 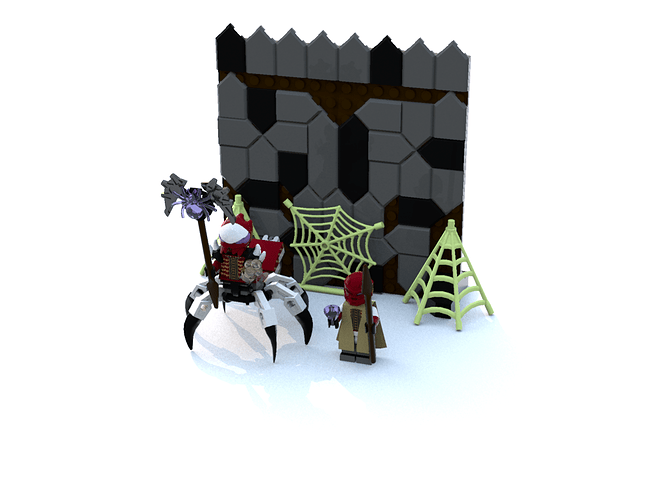 Turahk&#39;s web.lxf.png1024×768 308 KB
also I liked the idea of giving him Purple eyes even before he transforms, almost as if that is the color of Makuta’s influence and I imagine Turahk with an ashy fear smoke as his power, with a little hook on his abdomen so he can cling to surfaces for added play value

Then we have the Street rat turned assassin, Poor Iruini, Who wanted to strike back against the society that wronged him and allowed those thoughts to poison his mind
I Also like to think that the orange is a tarp or tent fabric he stole from a shop 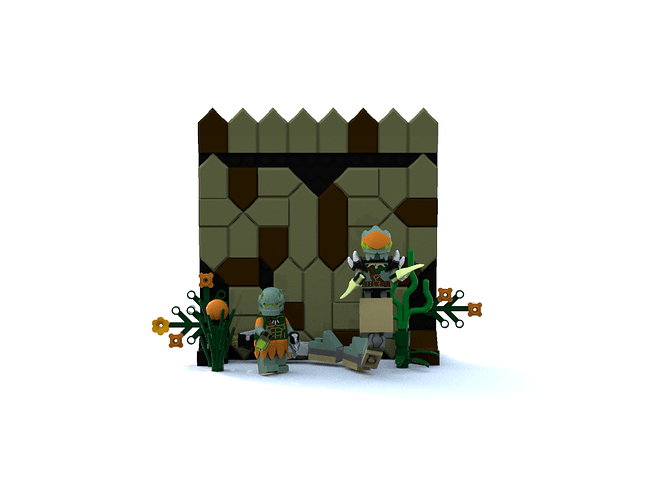 Lerahk&#39;s venom.lxf.png1024×768 189 KB
I also went with the segmented tail for playability, and the ability to give him a shooter. after all he’ll be fighting a flier and snakes can only jump so high

Then we get the…Was anything decided for Gaaki yet, because I saw two versions of her One version where she was an isolationist who joined with the hopes of using her power to sway her people and one with Gaaki being an ageing athlete that was banished for cheating and causing a disaster
Honestly. I like the idea of her being an aging athlete more. but either origin works for her 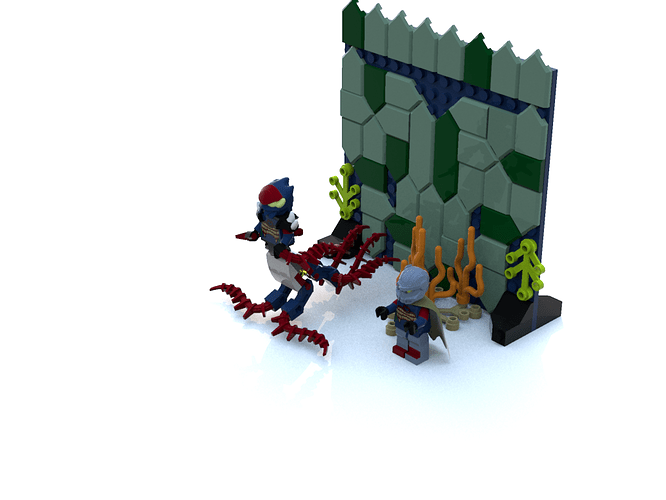 Gurahk&#39;s acheivments.lxf.png1024×768 302 KB
I brick built the squid lower half. for possibility and customizability’s sake
I still see Guurahk’s original power working if its changed to be more limited, such as her tendrils having a disintegrating touch and making her a nightmare in close range combat and allowing for some dirty tricks.

Then we get to a another one that has been changed. A scavenger turned muscle, I saw the pitch where he was a shrewd swindler but honestly. I prefer the story of him/her joining to save his sick child. mostly for the story options later on. 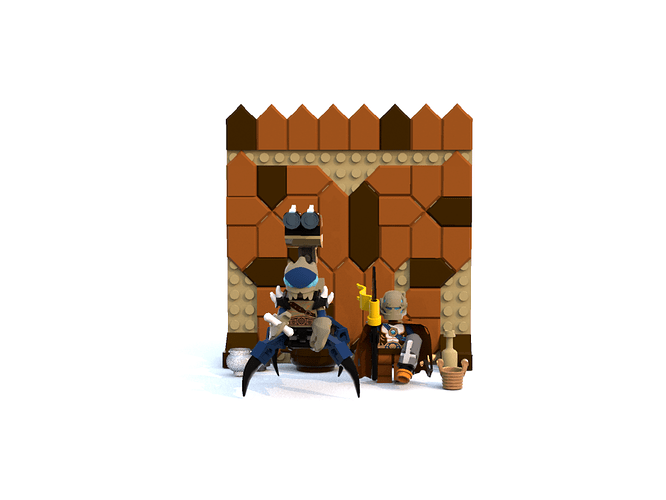 Panrahk&#39;s desperation.lxf.png1024×768 198 KB
I imagine them being more of a ranger or rouge type despite the very up close and personal nature of the creature he is based on, with a ranged “stinger tail” that shot bolts of energy that blast things apart, then burrowing into the sand to strike from another angle.

and now to the more difficult part. you see, with Vorahk and Kurahk, they needed axelfig bodies, something I dont have in LDD, and I was unsatisfied with the brick built mocups I attempted and many more than just me were dissatisfied with the centaurs. so when in doubt, go big or go home.

First, Boomonga, I made his matoran form small, perhaps even lame. with the idea that he could see the brotherhood as a way to become stronger. something Turahk can exploit as he is transformed into the thug of the team. likely literally taking candy from babies, after all. inside every bully is a scared, angry child looking for attention. might even be the youngest rahkshi for all we know. 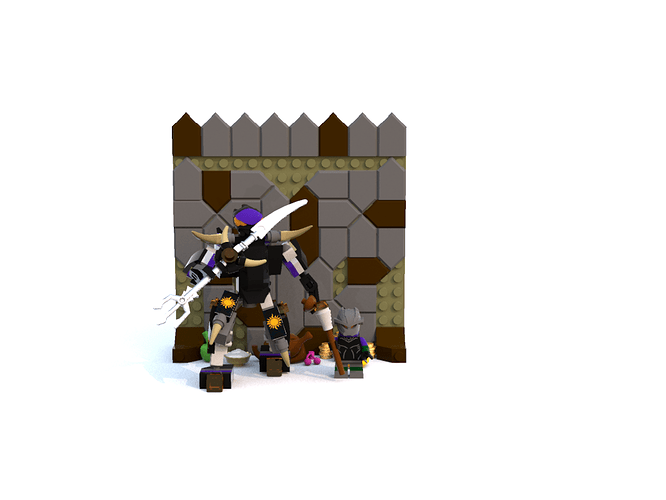 Vorahk&#39;s hunger.lxf.png1024×768 185 KB
I remembered the fork and knife idea that was tossed around and I mashed them together. making this wicked looking scythe/billhook like tool, which is cool and gives the rahkshi more weapon variety

Now; Kualus, the banished Ihuan champion and a rightful heir to the throne as far as he is concerned, his rage being the only thing that keeps his icy black heart from freezing over 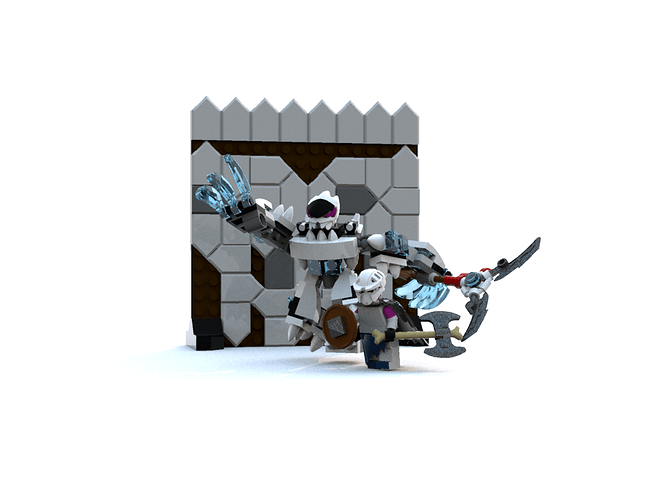 Kurahk&#39;s rage.lxf.png1024×768 246 KB
Something that only became worse as he transformed. now both fueled by and controlled by rage, it may be hard to even mention anything about Ihu with him around. I also gave him an old Ihuan banner as his staff/ war pick type weapon
in matoran form he has a bone axe and round shield along with a ragged old cloak to keep warm

So, there you have it All six Rahkshi 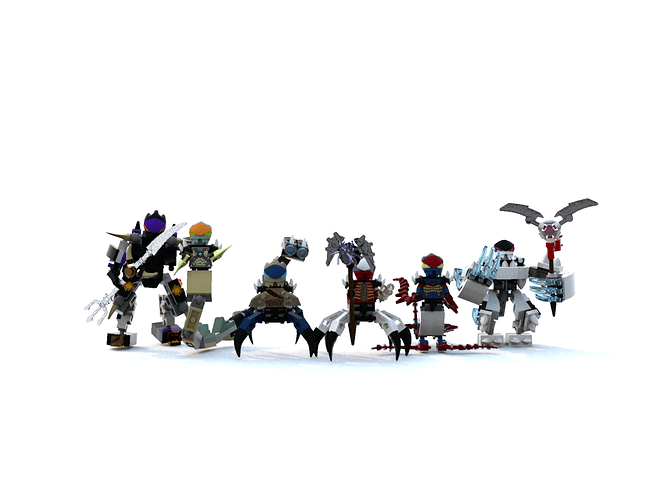 They’re pretty good. I just wish they were rendered better though

Renders could have came out better as @RogueToa said but it still looks nice.

Imo the mixel joints probably wouldn’t be too stable

Makuta looks disappointing with his little arms. The purple and white rahkshi have bad looking legs. Why does white have cannons? Why don’t they all have staffs? Brown rahkshi looks great. Green looks ok. Blue is meh. Red is pretty good. Purple seems to have no direction it could use the most improvement. I appreciate how you used the same heads and shoulder pads for all of them. Really ties them together.

thankyou, the head and shoulders were the closest I could get to a rahkshi like head and face that I could find, and considering there physical variety having esentaily the same face worked out well to show that they are intended to be together.
As for the rest of this I agree with it admittedly.
Looking at Makuta’s arms and see that the little lightning bolts I put on his hands didn’t really compensate for the weirdness of the whole “matoran upper body creature lower body” theme I just sorta ran with.
as for the weapon variation I had started by following already existing concept art for them where red was a spider with a staff, green was a snake with daggers, blue chuthuloid with combat tendrils so on and so on.
It also means that they can have more move sets applied to them in a melee fight with the toa
It was when I got to Vorahk and Kurahk, and especially Makuta that things fell apart.
as such I do intend on giveing all three of them a face lift. as for why I did what I did.
Kurahk was given two cleavers because I felt that would fit with his angry personality. and there was no one with them who welded a sword. the lower half was intended to be like a boar or some other wide, stocky creature that would fair well in a cold environment and had an association with rage, though at this scale and with his mini-fig half taking up the place where a recognizable head would be and the two cannons I put on his so he could go “guns blazing” into battle I can see how that didn’t read well

Vorahk was suppose to be a big brute, but that fell apart as I tried to make an axelfig torso mockup. or even just legs that were big and beefy enough to help make him stack up well beside the others. so I tried to go back to the drawing board and found that the grim reaper idea sounded cool. so I ran with it. again it didn’t work out that well for Vorahk, that and the picture does not do him justice.

as for Makuta.
I felt as though the lack of flyers on the villian side and the fact his ultumate form needed to -not- just look like a big dumb brute ment I needed to do something lighter and more skeletal. and eventualy I found those wing parts. so I started work on makeing him a dragon lower half, I had tried to just give him a head on it, so his body sprouted from its shoulders but that…
didn’t look right. would have given him the ability to breath fire while he just sits up top with a staff of shadows or something though!

either way I have more to make and I am far from done. so lets see if next time. I can blow your mask off

Renders could have came out better as @RogueToa said but it still looks nice.

Imo the mixel joints probably wouldn’t be too stable

once I get a hold of the necessary software I will be making better renders, as for the mixel joints I have some on hand and they are surprisingly durable and stiff. though I do intend on reducing some of the weight on them by using other kinds of joints

While I want to wait till they are all done. Here is a sample of the reworks in the form of the dishonored champion, the prince of rage. The royal turned Rahkshi. 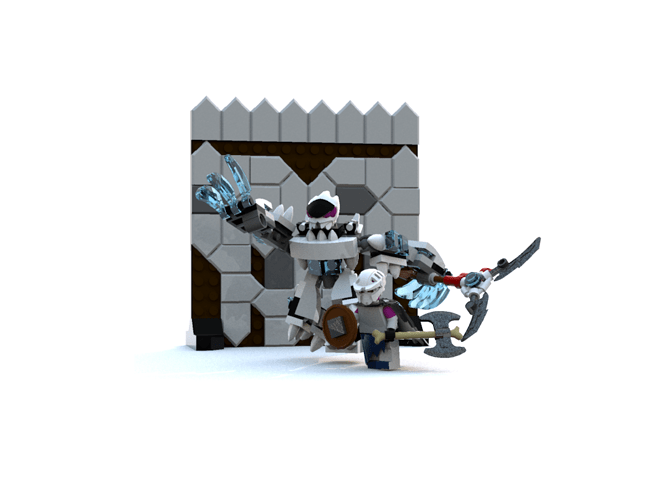 Kurahk&#39;s rage.png1024×768 273 KB
Back to his roots so far as now he is back to being a yeti-like abomination
I am still struggling with the others, but Kurahk was speedily redesigned the moment I started playing with the mixel teeth. Up next it getting Vorahk his spot back as -the- big guy without him being to much of a Mass increase from Kurahk’s build.
then I can worry about Makuta
3 Likes
LeKrahka October 22, 2017, 3:13pm #8

That Kurahk, or at least the upper body, is a major improvement, and a well executed one at that. Kudos.

Thank you. now if only I could decrease the overall mass of my Vorahk build.

And it has been updated with new renders. if people are interested I may eventually make that Makuta thought experiment into a forum post, if only to inspire others since I wont exactly be using these