So, seeing as im getting this, lets all talk about Destiny 2. It can be anything (as long as it fits in the rules)

Hopefully ​the story won’t be DLC this time

There’s already two DLCs planned, one around Osiris and another Rasputin, similar to the Dark Below and House of Wolves. I do hope these turn out better than there predecessors, as well as having a strong base game.

There’s already two DLCs planned, one around Osiris and another Rasputin, similar to the Dark Below and House of Wolves. I do hope these turn out better than there predecessors, as well as having a strong base game.

This is my issue.

Game Dev 101: always plan DLC after the base game is out and so you can account for feedback and improve upon the original game.

ALREADY PREPRDER Boo yarn! Love the new armpit looks and the main villain be will forever known as Garry!

I was burned so hard by the first one

I actually feel nothing whatsoever for this

Hey, maybe it’ll be like titanfall where the second game is actually good?

Can’t wait for this. As a hardcore destiny fan, I can’t wait to see where the story goes with this one. (And by the looks of things, we won’t need cards to tell the tale)

The teaser with Cayde-6 was good, however I don’t care for this at all.

(never cared about Destiny to begin with, but ya know)

And his name is GARY, Or Gwen, or something with a G!

It’s that attitude that will cause the slow painful death I wish of it.
So, thanks.

I really enjoy
Playing destiny, while there may not be the best of a sorry the gameplay is really fun, it makes it easy to
Play
Alongside
Friends
Or play alone.

That first teaser has Nathan Fillion.

I wanna play this game…

Can’t wait for this. As a hardcore destiny fan, I can’t wait to see where the story goes with this one. (And by the looks of things, we won’t need cards to tell the tale)

My thoughts exactly! I’m also glad that we’re getting more of the Cabal. The fact that they already have DLCs planned does worry me a little, though.

Yea kinda. Guess the cabal really did contact their homeworld in the first game.

Hey so I would like to put something to rest here. Many people say you will be stripped of power, as there is no footage of the subclasses being used in the trailer. This is false, there is one time in the trailer when Ikora Ray uses the Stormcaller Marlee attack to lighting a cabal,

So, I watched the livestream in my study hall. Destiny 2 looks very promising. It seems like Bungie has learned from the mistakes they made with the first game, but I suppose we’ll have to wait 'till September to find out for sure. 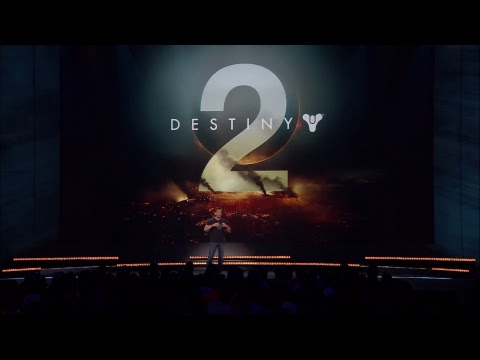 Not enough to get me in. I want some space battles and more vehicles in general. I like the idea of making my own character but I want a character I can get invested in like a master chief or Nathan drake. If they were to make a game where you play as Cade that would almost be an insta-buy for me, because Cade seems to be the most interesting and charismatic character in this universe

I recall hearing somewhere that Bungie wont be doing Space Battles until Destiny 3 or 4. However, a compromise that I at least want to see is the addition of an in-atmosphere air vehicle similar to the Banshee or better yet, the Hornet. At the moment, Destiny 1 only has 4 vehicles and a turret (though the heavy pike is just a different rendition of the regular pike). So far we’ve only seen footage of Sparrows, Cabal driven Interceptors (mini-tanks), and what will hopefully be a Guardian Tank (we still don’t know if Pikes are returning). That said, we only know of 1 possible new vehicle, which gives us between 3 and 5 vehicles all up for Destiny 2 depending on what’s returning, and they’re all ground based. One of my biggest complaints with Destiny 1 that was never really addressed was the lack of variety among vehicles. While the new tank should add some new flavor to the mix, I feel it still pales in comparison to the line up of vehicles Halo CE launched with back in 2001, almost 16 years ago!