guess who’s back
back again
distraxx’s back
“wait who?”

So I’ve been working on a modded minecraft map recently, and at the moment the snow region is the only one that actually exists. I might share the plans I have for the rest of the map (which are kind of shown later), but for now here’s some screenshots of what I’ve been building. 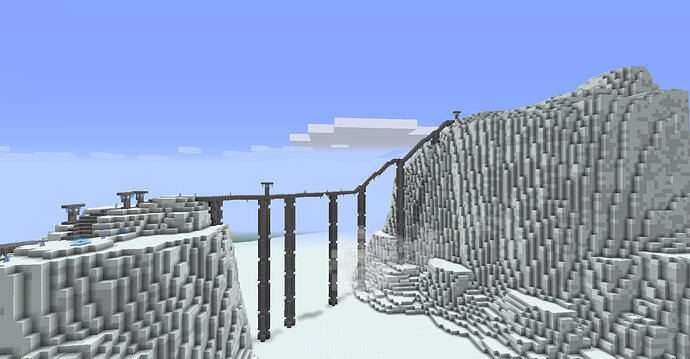 The first thing I built was these mountains, there’s a third one but it’s not visible in the picture. 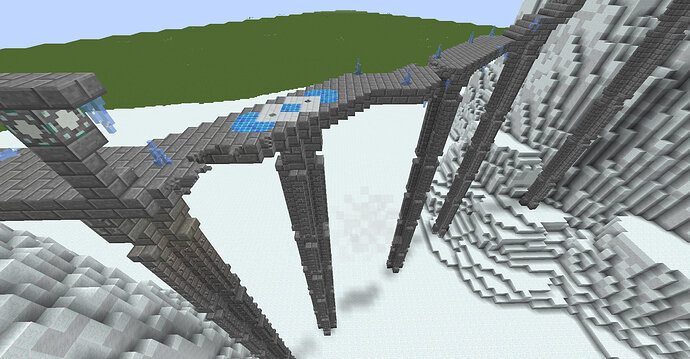 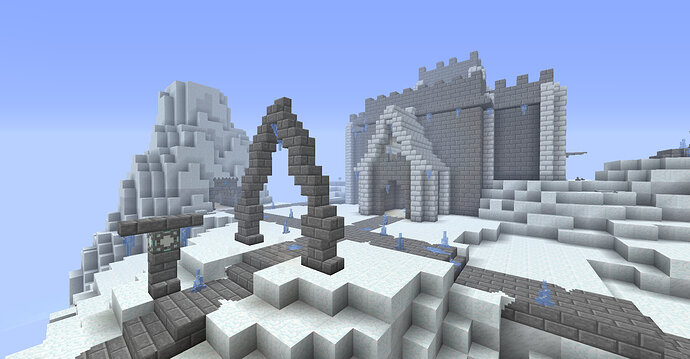 I built some of the inside of the dungeon as well, but I’ll save that for another topic. Next I’ll show the main village of the region. 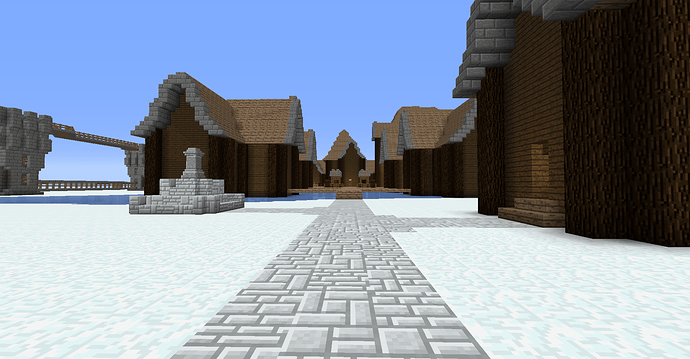 Here’s the main entrance of the village. (I’m going to replace the walls around the village) 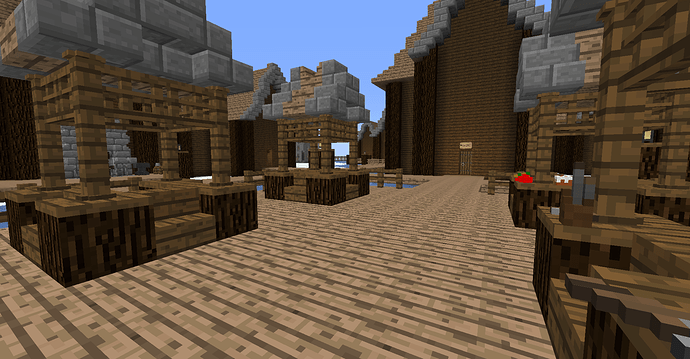 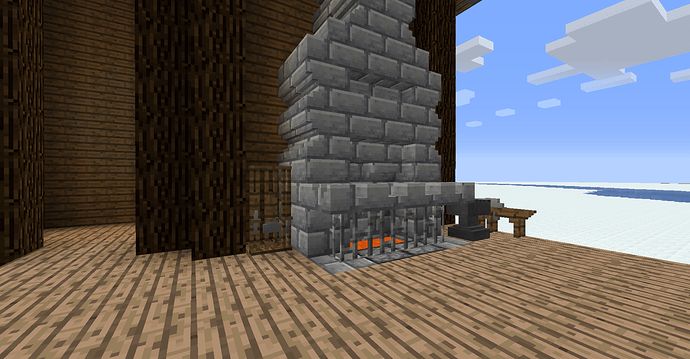 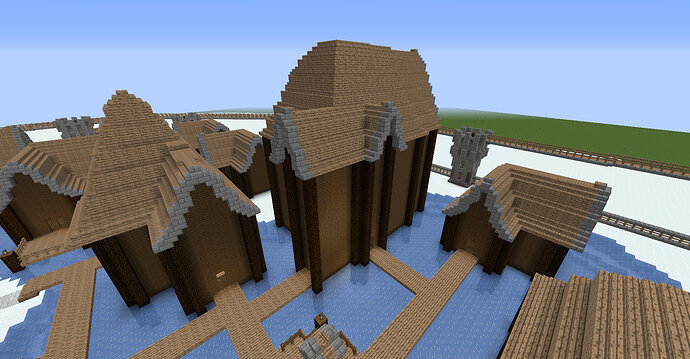 This is where the leader of the village lives, most of the rooms in there aren’t too interesting except for this one: 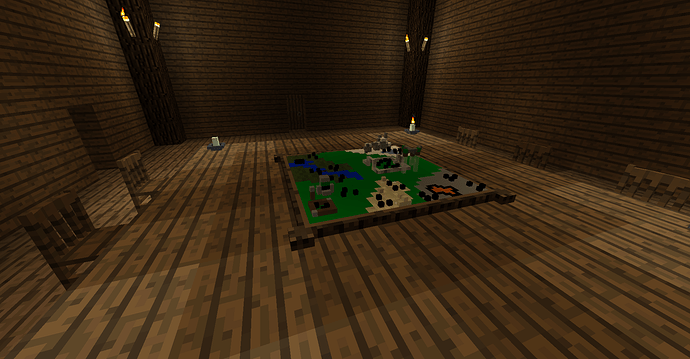 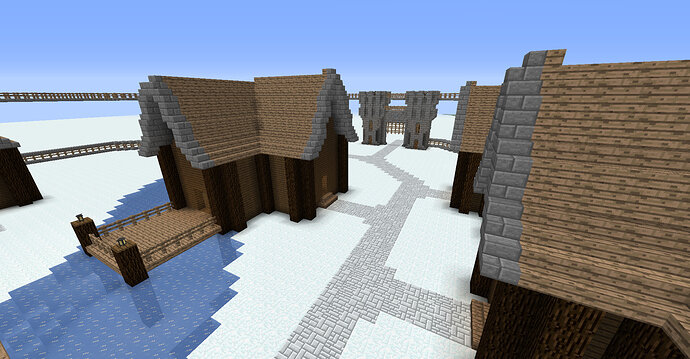 Here’s the other entrance to the village, you can see the gate in this one. 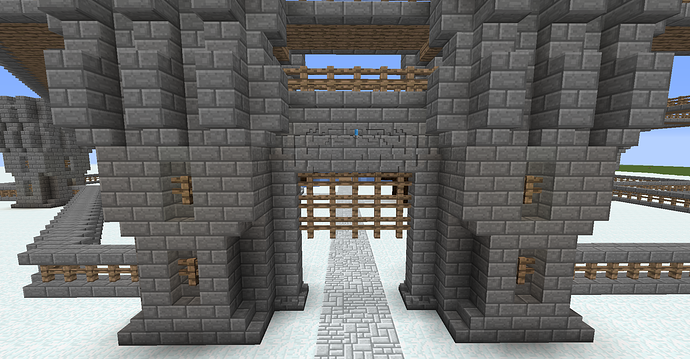 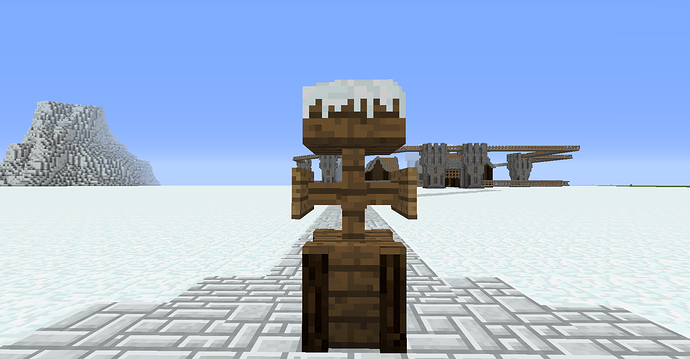 Here’s a signpost thing, making heavy use of the Chisel and Bits mod. (I’m going to add the other signs when I come up with a name for the next village) 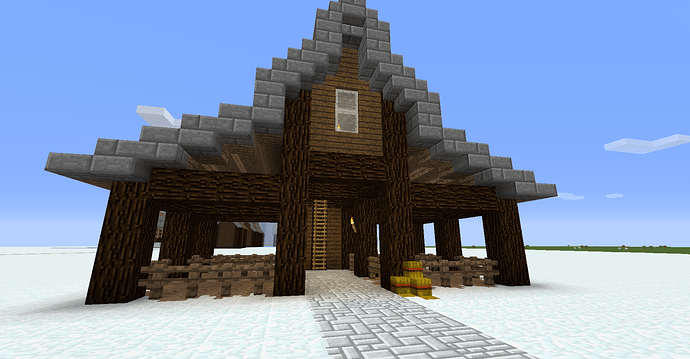 The path out front leads to a farm area, with the only interesting build being this and the signpost. (I actually didn’t make this build, I just copied a tutorial since I’ve never built a stable)

Finally, here’s a screenshot of everything I’ve built so far. 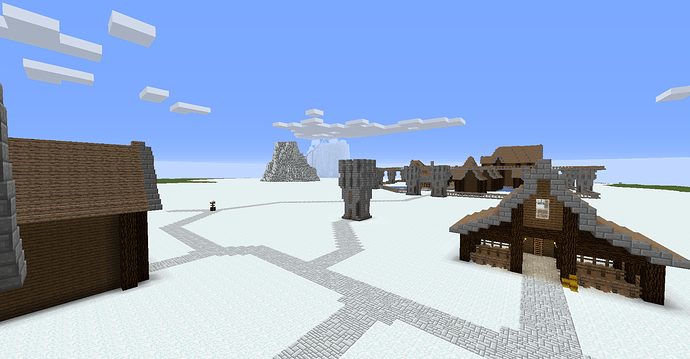 I’m planning on building the swamp region next, so I’ll probably make another topic when I finish it. (or at least have enough to show)

EDIT: Map got corrupted while I was changing the biomes, so now some of these builds are gone.