Since my brother has left the Bionicle community a while ago, but would still like to have his MOC be appreciated and constructively criticized, I decided to submit his creation with my name. 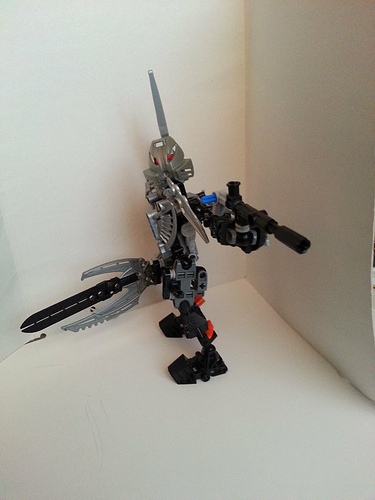 Dolorix is a lone warrior, not interested in events, happening at a larger scale. To make a living, he accepts jobs, requiring his skills, like taking down bothersome gangs or individuals, sometimes a beast, causing too much damage to a settlement. With a black armor, he is well suited for night time operations. His armor is pretty light, so he counts on his agility, appropriate for an occassional assasination. 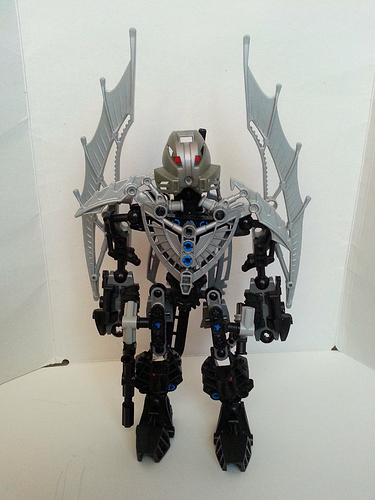 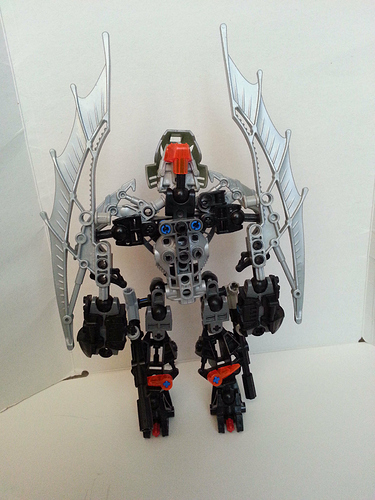 This MOC is a pretty simple, Toa sized build. The torso is custom built, designed to hold several different weapons, which could be added to the MOC. Extremities are nothing special, save for the gun holster on his upper legs and his upper arms with spiky blades attached, so that the character looks taller and more formidable, though it admittedly makes him harder to pose. His face is covered by a silver kanohi Kakama from the olden days, because it looks cool and is probably the best choice for this MOC, since Dolorix is supposed to be an agile warrior. His color scheme mainly uses black and silver, with some red parts in between. 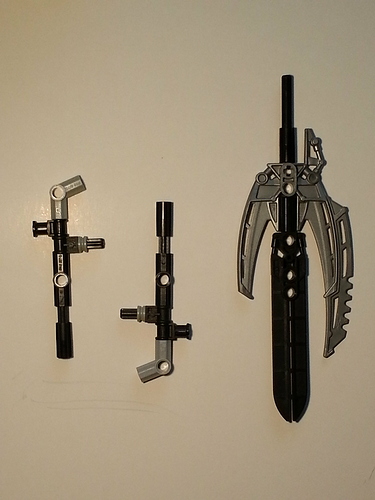 Dolorix uses melee and long range weapons: most notably a longsword, which he can carry on his back, and two rifles, which he keeps on his upper legs for convenience.

This guy was built to pass a boring afternoon and to make a character, which at least kinda looks awesome. I encourage you to post your opinions, so a seasoned bionicle fan can reminisce about the times, when he was doing this stuff. May the energized protodermis be with you.

He looks a tad bulky for being agile…

He looks a tad bulky for being agile…

I agree. I’m also not too sure if I’m a fan of those “ball-joint hands”.

MOC builder here: True, he has a lot of #gainz, the agility part was added to the bio for some flavor. I understand your dislike for Dolorix’s hands. Funnily enough, I don’t like the hand parts Lego added for Glatorian (and later Hero Factory and the new Bionicle) sets, so I used the old school method.

It was part of the joke

I used the old school method.

Correct me if I’m wrong, But I have never seen any set that used this technique as hands. Closest I can recall are the 2005 titans which used open sockets as “hands”.