So I haven’t been on here in a long time. So I thought I’d open up with some odd doodles and such and what they are. For the sake of ease I’m probably going to limit myself on only sowing off a few things here that I made last year in 2016 and maybe make a follow up later. I hope you enjoy!

The first one I made is a humorous one. A resent new homey that I picked up at my school is D&D, and I had an idea… “how can I make this dummer?” And so I did. 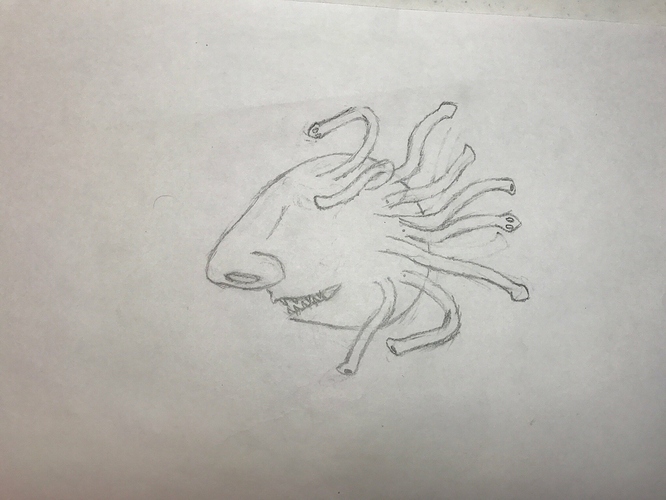 IMG_0462.JPG2048×1536 430 KB
Arguably one of the most recognizable creatures from the game has to be the beholder. This giant floating eye meatball is one of the most dangerous things in the game with its many eye-based attacks, but that made me think. What if you had different beholders for difrend bodily senses? And so I went to work creating this beautiful freak of nature I call “The Nosegoes” (pictures was drawn during December of 2016).

The next hideouts abomination to creep into my mind at 4 AM in the shower was the dreaded Scaly Bear. 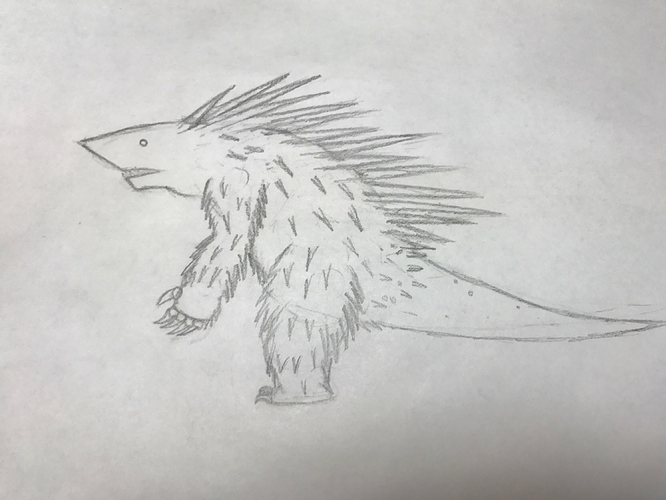 The last one roundning out our D&D monsters is the axolotl. 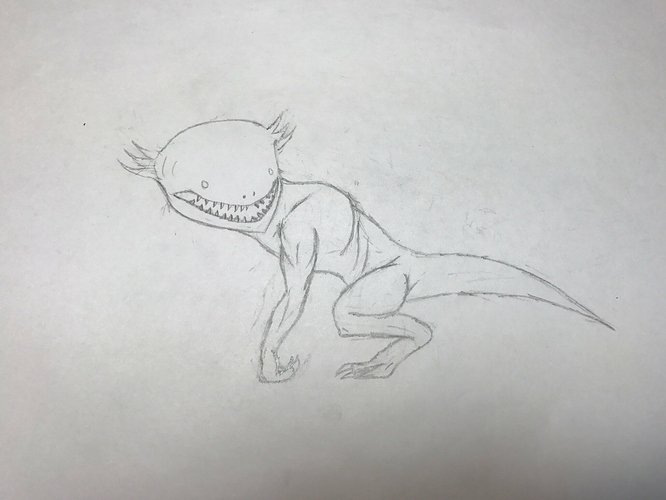 IMG_0464.JPG2048×1536 401 KB
Same as the bear. So real story just some random monster idea. I will say though that I’m not to happy at the way it turned out looking though. I envisioned it having a smaller head with a more robust body. Something like the werewolf model from Skyrim but a mud puppy instead of a wolf. But hey, it more reason to try and improve!(I drew this some time in November of 2016)

Taking a look at something that might be familiar to some people. Here we have DARKEDGE MCEDGEEDGE. 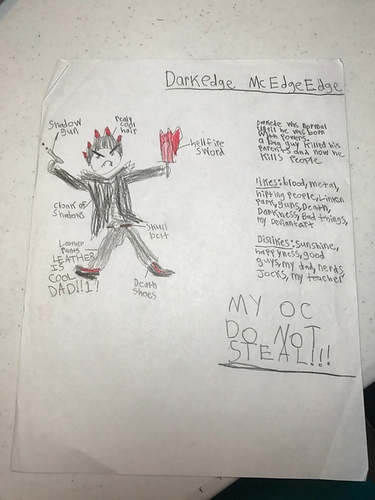 IMG_0465.JPG2250×3000 1.03 MB
I made myself a challenge for this one. Make something edgy and bad. Wich I think I succeeded on. Fun fact: I drew this entirely with my non-dominant hand to give it more of that authentic appeal (I drew this in October of 2016).

And finally to end us out I have what I consider to be one of my beast peices even of it is a little dated. 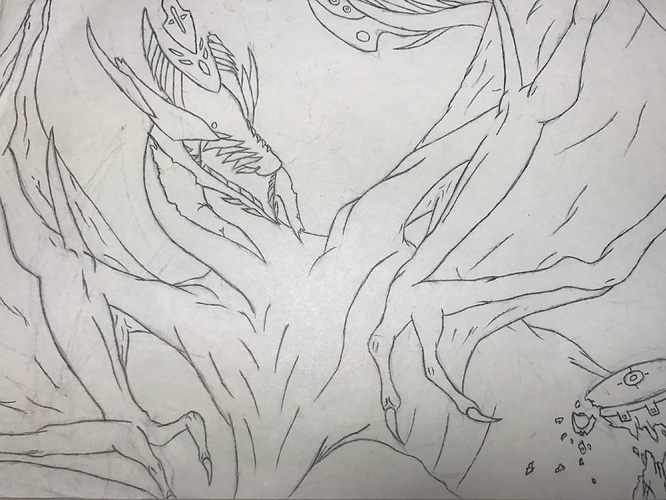 IMG_0469.JPG3000×2250 1.09 MB
My goal for this one was to try at improving my skills with angles as well as trying to fill up as much of the page as possible. Do I think I could do better? I think I’ve grown my skills since I finished this one so I might try doing something similar to this in the future! (I drew this one in between March and May of 2016) 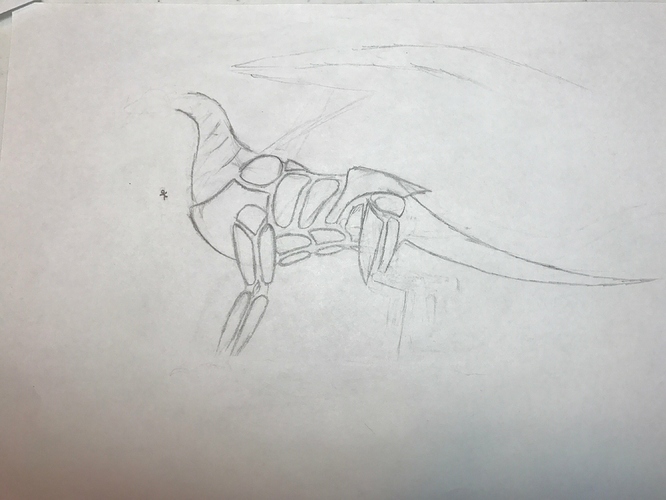 So I’d like to hear what you guys think. Probably the most glaring problem with my work is the lack of shadowing but I’m working on it. I’d love to here some tips from people on ways to improve. I’ve also been on a bit of an artists block lately so I want to know what you guys want me to draw next. Maybe send me some requests.

These are pretty good. Nice job. 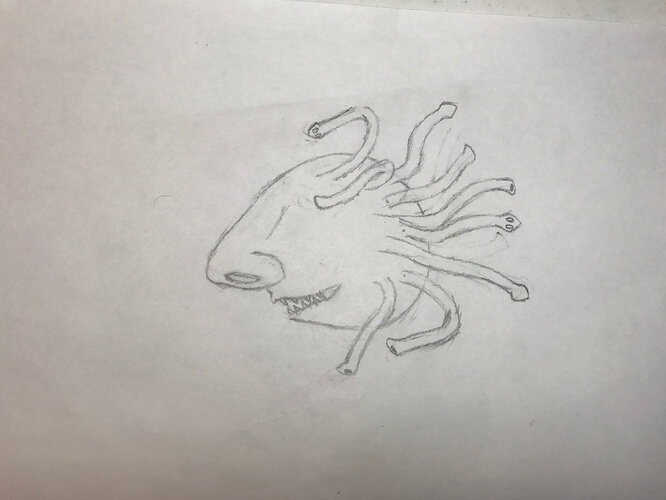 Oh god. What has science done.

This art is great! I love the style and the hilarity of some of them.

I like the segmented armour, looks neat the shaping is very organic :3

The one you created between March and May was executed phenomenally and I like the concept of the Scaly Bear. It reminds me of some of the weird animals I used to draw. 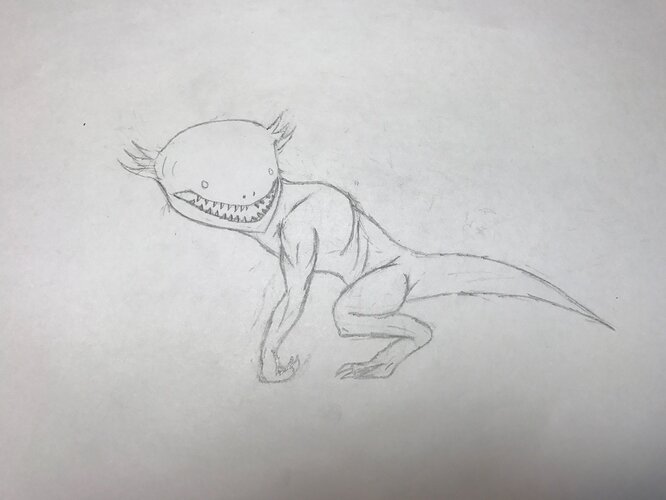 Wooper but when it uses ice punch