A bit of a continuation on my previous work where I attempt to do some re-imaginings of my original characters. This time it’s Damian Drost.

I channeled a lot of Trevor Belmont energy into this one. I was watching the Netflix Castlevania series recently and loved how similar of a personality Trevor and Damian have. 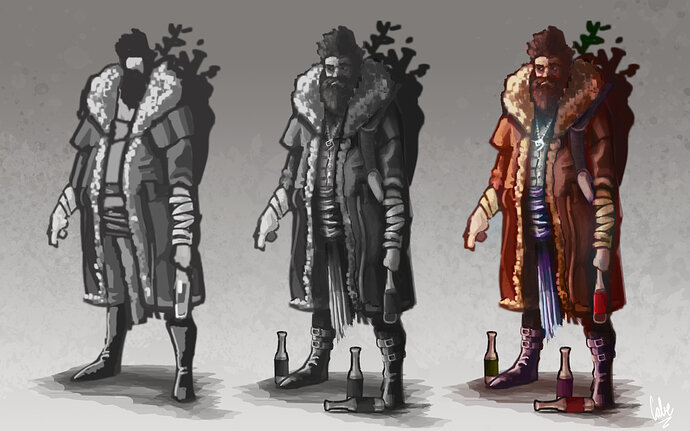 Damian Drost was once a medical doctor for the Volusian Empire, tending to the wounds of imperial soldiers for years. When he accidentally stumbled upon the Empire’s secret experiments on magic-users, he deserted in horror and went into hiding. He now lives on the streets as a wandering healer-for-hire and the Imperial Inquisitors’ most wanted fugitive.

This looks really good! I love the colors and the shading. Nice job!

how can I trust you it’s not infected? Hmmm