I make a lot of MOCs. Not all of them are the best, but there are a couple of highlights to my creations. I figured that I may as well open a thread where I can post all of them without filling the whole subforum with my creations. So, without further ado (Is that how you spell it?), I present my MOCs! 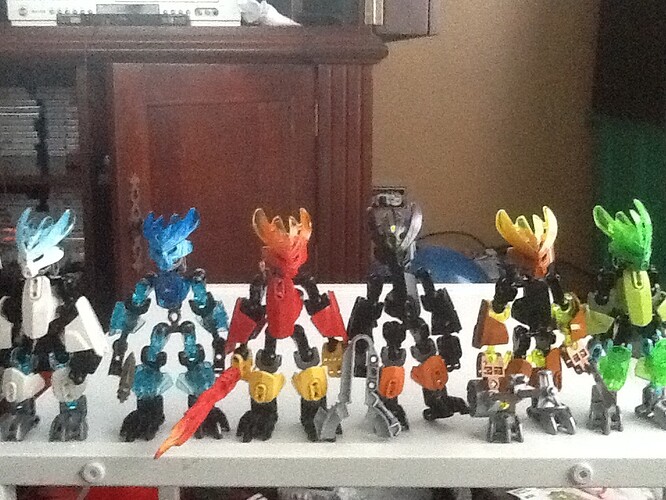 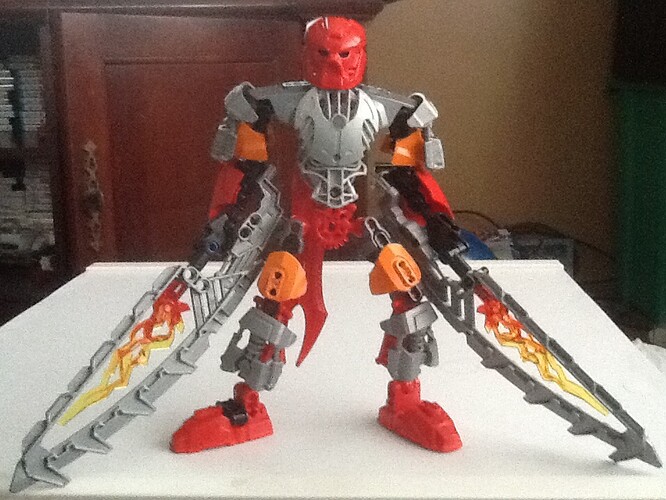 The second version of my Omega Tahu. I still plan on modifying him further. 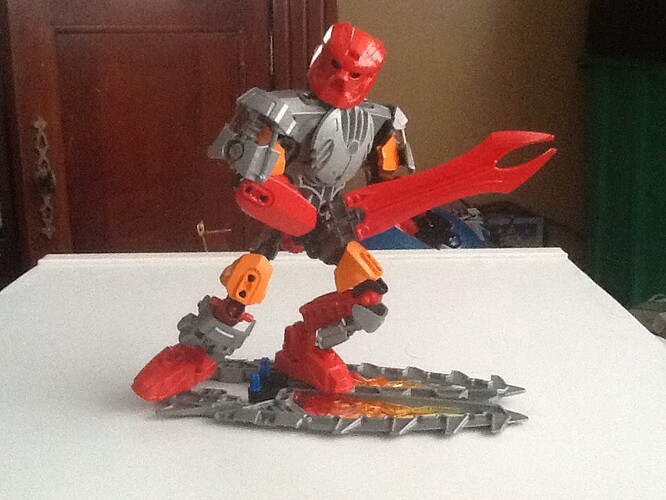 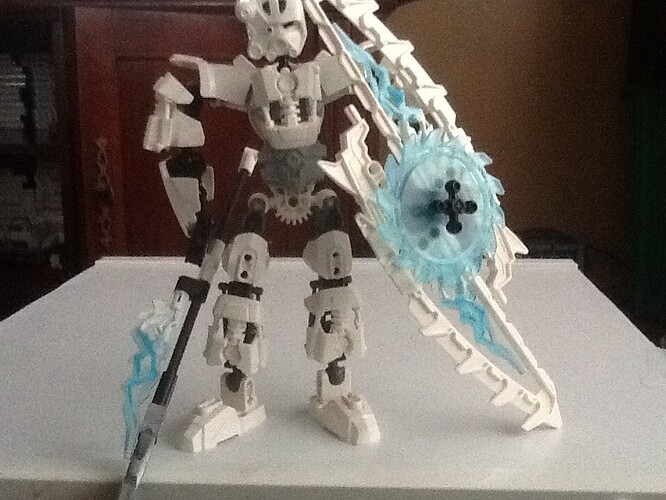 Kopaka, Master of Ice. The build has some flaws, but it’s still one of my favorites out of my Okotoverse mods. 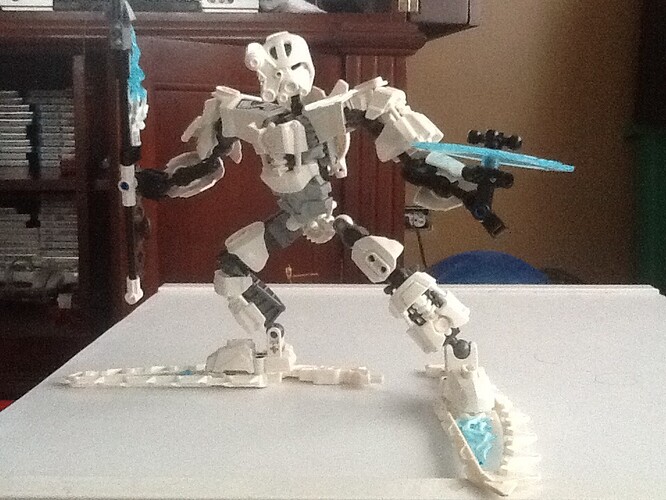 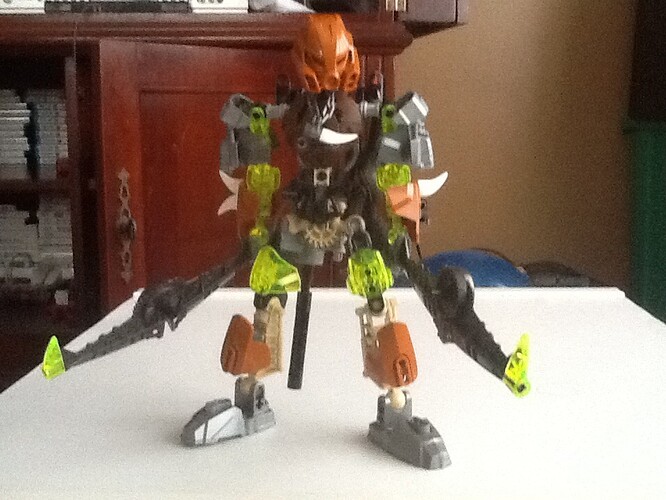 Pohatu, Master of Stone. This is probably my favorite of my Mods. Mainly because of this: 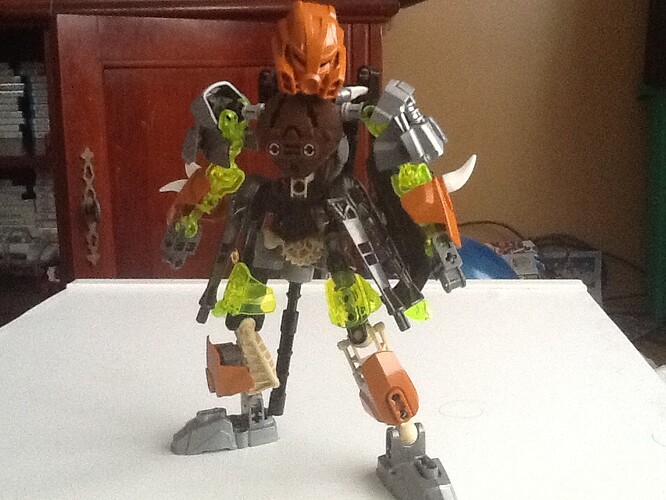 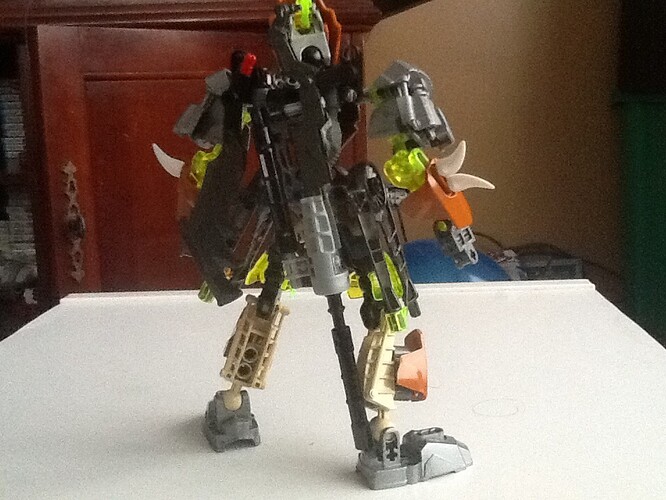 image.jpg960×720 232 KB
He can store all of his weapons! (Sniper Rifle, Machette, and Jetarangs. Digiridoo and Jarate not included) 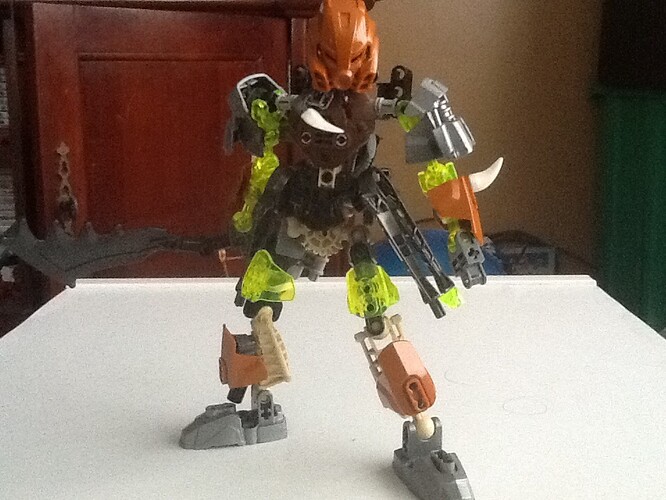 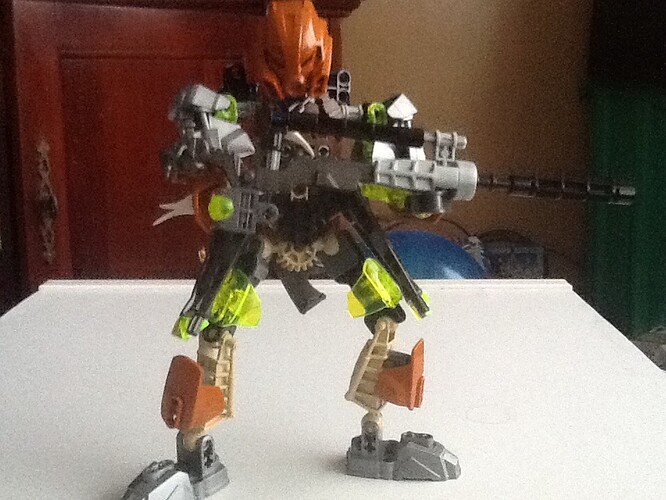 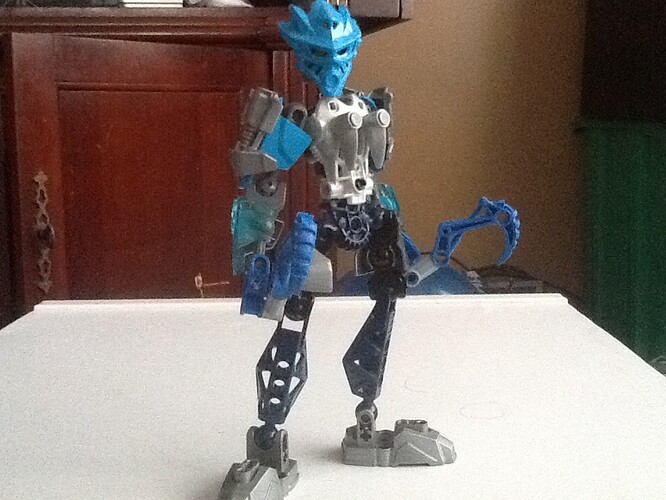 Gali, Master of Water. I think she’s probably the least complex of my Master revamps. Her weapons, along with the next two Toa Mata’s, do not have any sort of dual functionality. 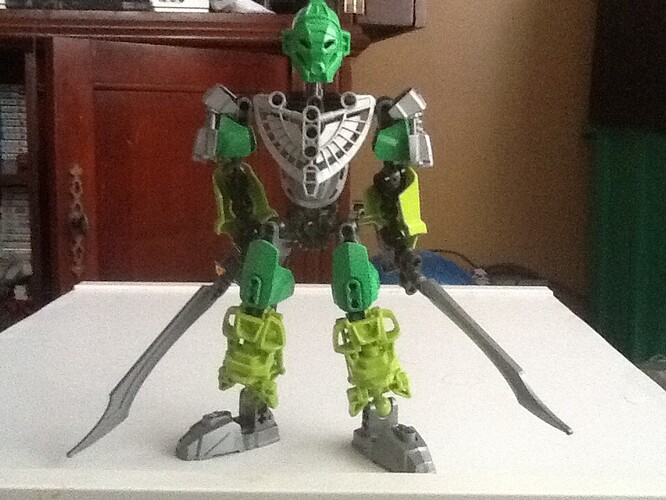 Lewa, Master of Jungle. He looks like he has a really long neck. I need to fix that at some point in time. 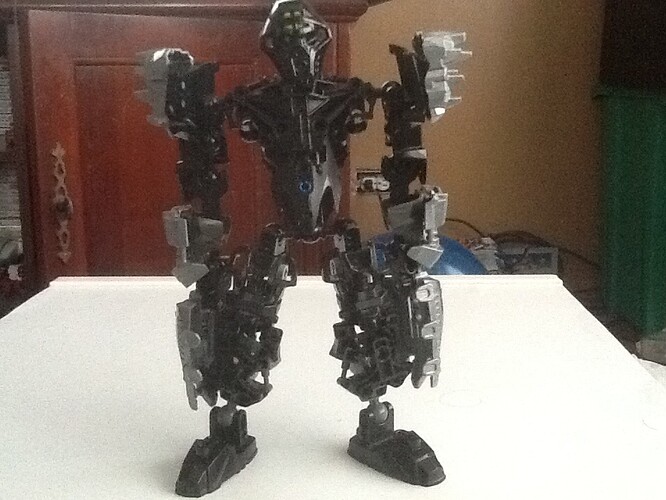 Onua the Landlord. He uses a modified Inikabuild, but I feel like it works for him. 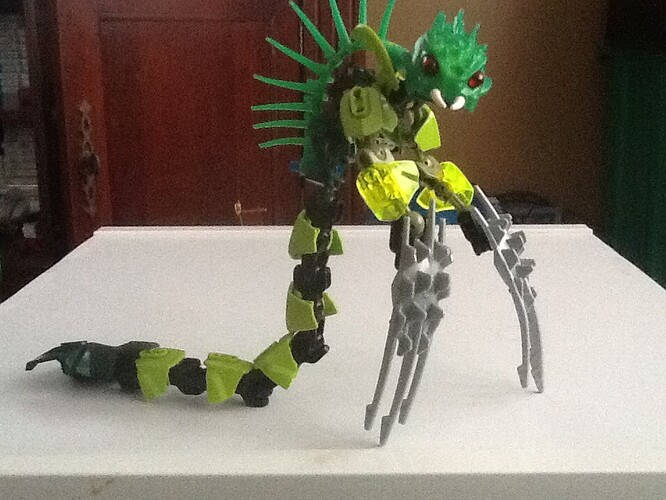 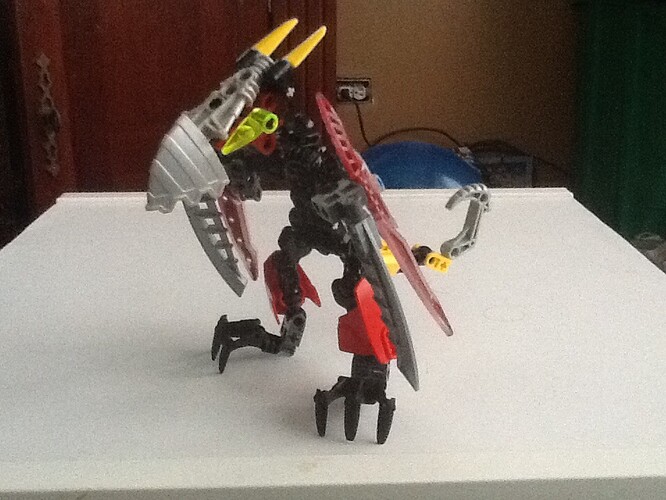 My take on a Lava Hawk. I like how it came out, 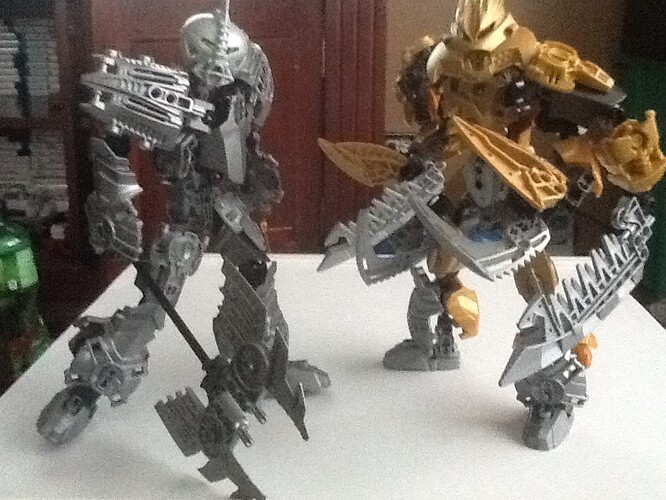 The last of my MOCs (For Now…), Axonn and Brutaka. Brutal a now has six arms while Axonn is a walking blob of silver. The two of them uses modified Inika torsos, like Onua, but extended in order to accomplish unique looks for the both of them. Feel free to post some advice for how I can improve these MOCs. Nine times out of ten, I listen to critiquing. I especially need advice on how I can improve Lewa and Gali, as they are my least favorite mods I’ve made.

I’d add something to Gali’s lower legs, and rework her body. The body just looks a little flat and empty, in my opinion. Also, I don’t think the chest spikes are doing her any good. She definitely looks sleek otherwise.

As for lewa, it would be easier to if there was some close-up pictures of the body, but other than the long neck I don’t see much wrong with him.

some interesting tricks in the builds, but they don’t really have a unified aesthetic to show the Toa as a team.

Could you add an backshot of tahu? (Also i think kopaka needs some redesign) 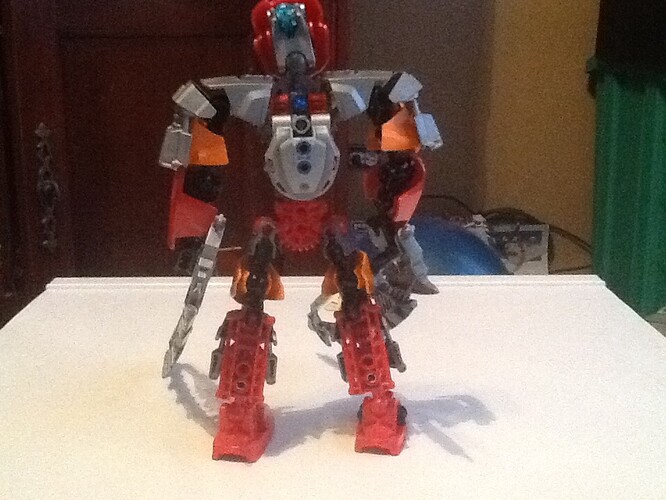 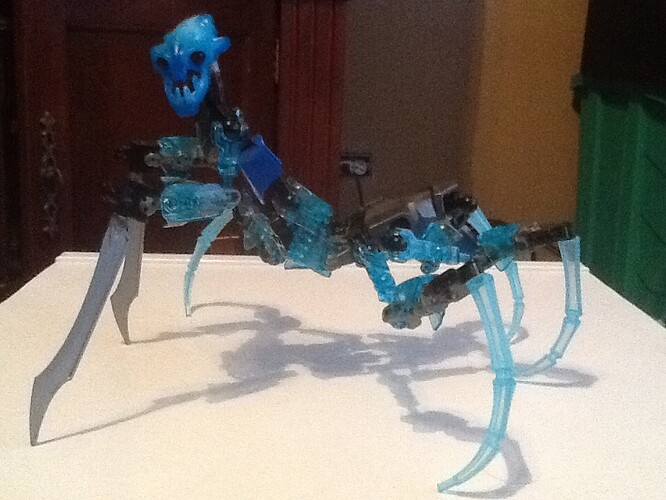 VERY skeletal Takadox. I made him skeletal on purpose. 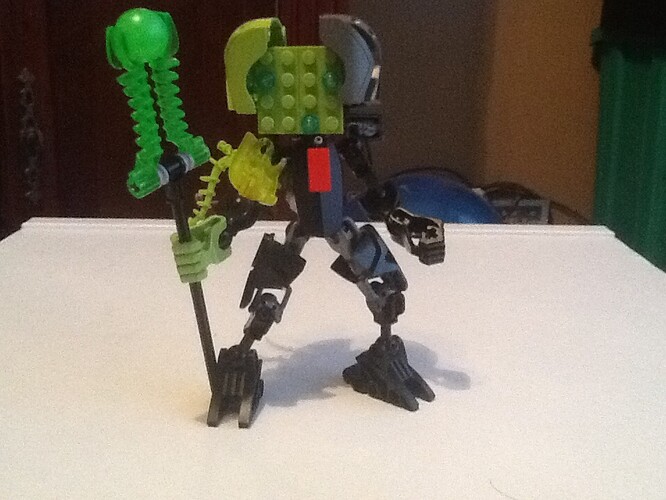 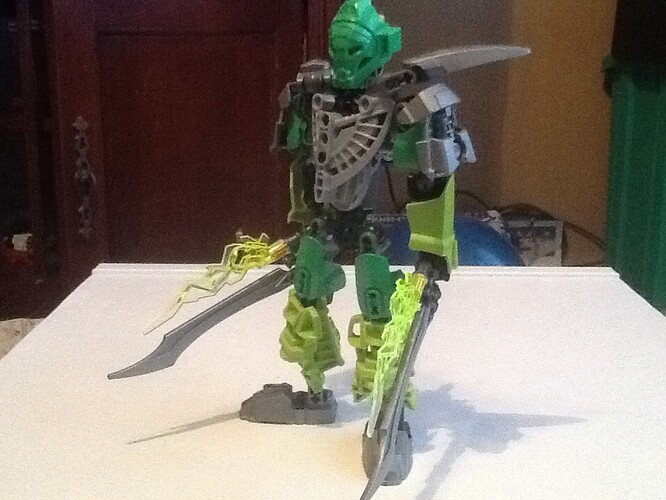 Modded Lewa. I still think I could do better.

but yeah, that Slime MOC is pretty great m8. I especially like the tribal look he has with that staff and vine

also those dual matatus are fantastic

I had to use my lime Matatu for something!

Soo, tahu is best one, just add him a better back coverage.
Kopaka need redesign,
Gali is skinny ;l (and need more of her colour of shells! Okoto blue i should call it!)
Lewa is better now (in oposite of the moc before, not the set :P)
Onua = blob of black (sadly)
Pohatu… please be asymetrical (idk what anyone has with his asymetry, is great!)
And im not a fan of sniper rifle, but machete is great addition!

Orginal inika team is not my taste

Political slime has too much mocs! Well moc is good, but i dont understand ussage of brain attack furno head!

Thats all,
I like reviewing mocs…
(Im waiting for you gali and protecyor of water… i need your pieces…

I gave Brutaka six arms because reasons. Axonn has a bit of Metru Red on him (on his back). Slime has a BA Furno head because that is his magical SLIME ARM(Restricted Trademark of Dragonic Toa Industries), a personal addition of mine. I modded Kopaka’s arms recently, as he had wider shoulders before. I’ll try to use this advice to mod my upcoming Toa Inika MOCs, as they use the exact same builds as the Toa Mata.

That Pohatu is fantastic.