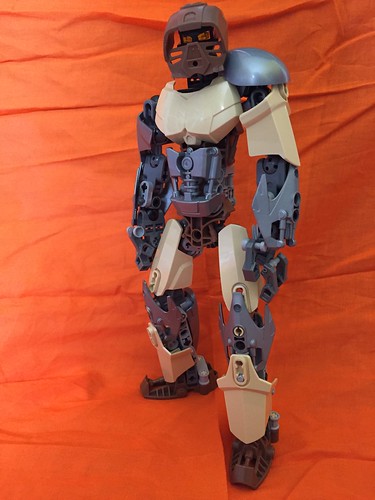 Aggressive and headstrong, Drainu is the first to fight and the last to accept defeat. His speed and quick mind make him a powerful opponent to other Toa, while his elemental strengths are deadly to Malevolent. His apparent recklessness and short temper belie his education as a Po-Matoran architect and his solid understanding of the world around him.

It has recently become apparent that Drainu competes not simply for glory - he competes for the affection of Ayen, Master of Jungle. His loyalty to Ayen sometimes puts him at odds with other Toa when she and Zerkah butt heads. 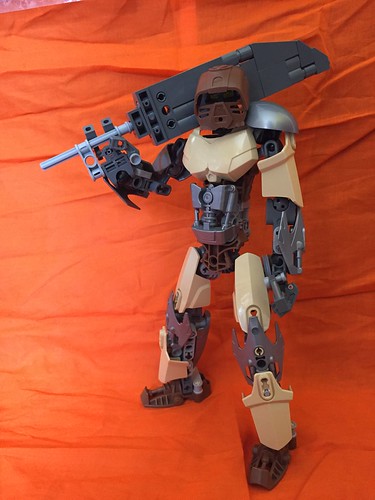 Drainu's greatest power is "Stoneforge" - the ability to craft weapons for himself out of stone. His most common use of this is to create "throwing hammers" out of stone to launch at opponents. Recently, Drainu has carried with him a strange handle without a weapon attached to it - its purpose is for a blade to be formed atop of it, and channel Drainu's power against the weight of the stone blade. 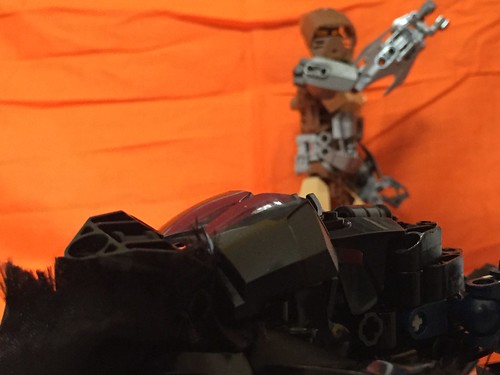 An interesting build process with this one. It began on the
heels of my burnout over Therina and ended up becoming one of my favorite MOCs
I've made in a while.

Looks pretty cool, I like your usage of tan CCBS parts here.

Just your good ol Brown dude with a good ol big sword as the brown dude is brown.

Due to the nature of the build, the sword is a bit thick.

And, despite being simple, I really do like the look of the figure!

This MOC is really impressive for how simple it looks, though I feel like the lower arms could be a bit more solid.