Theme park company of your choice is making a theme park land(or whole theme park) dedicated to bionicle. What will it be like? What rides will be there? Will it have Small World but with McTorans instead of dolls? You decide!

Batera/ vahki security guards , a shop where you can buy 1 to 1 scale Kanohi, a ride based off the Metru nui transport tubes.

The theme park is on an island roughly the size of mata nui lol and has areas themed around the different elements. It has a gift shop with all the mask colours that were never made and has a ucs mata nui robot, a mini land that’s to scale with bionicle figures and has locations like the colosseum and the pit. Also of course there’s a stage for the Piraka themed rap concerts. I’m not much of a park ride person so I can’t think of many ride ideas but I reckon “jetrax pursuit” would be a interesting idea…

Obviously, the park would have to be organized into 6 sections- the center of the park would be The Coliseum similar to Disney World’s princess castle

You know how in Universal you board the harry potter train to go to gringots or whatever?
toa terrain crawler you board to go to Mahri Nui/Ga-section part of the park.

“secret” entrances to tunnels leading around the park that are decorated like the archives/onu-koro. On special occasions park employees would open up a passage to the Bohrok Swarms/Teridax’s layer where they would sell discount LEGO.

Axalara roller coaster in the Le-koro section. Ussanui ride in the Coliseum?
Naturally every ride would need to tackle some gimmick.

Statues of the toa everywhere- built out of LEGO bricks. Ideally these would be placed inside so they wouldn’t get sun bleached. Perhaps a number of statues could be of Rahi and stored in the “archives”

and most importantly… BIONICLE JAM hourly

Obviously some sort of daily mask/scavenger hunt (with life sized masks) needs to be a thing.

There needs to be an area of the park called the Piraka Playground.

maybe in le or po-koro

all the koros/metru are generally pretty barren so I imagine each would be small. EI about the size of Tomorrow Land in Disneyworld

For starters, the theme park is an actual Island shaped like mata-nui, you can go to each of the “wahi” to try their native cuisine, and experience their everyday life, you can go fishing in ga-koro, digging in onu-koro, play kohlii in po-koro, blacksmith in ta-koro, explore giant tree-houses in le-koro, and in ko-koro, there could be libraries, and other such STEM experiences as well as observe scientific experiments. You could travel around to the “wahi” similarly to how you can “visit different countries” in places like Busch Gardens.

There would also be roller-coasters, “the teridax” would be similar to space mountain, travelling about his dark lair, being thrown around randomly in the shadows. “flight of the gukko”, based on the interactive game in MNOG. Ussal crab races, and a ride obnoxiously titled “LET’S TAKE A CLOSER LOOK AT THOSE FALLS!!!”, it would be like a massive log-flume, but with faux lava

At the end of every day, a rock concert performed by the rahkshi

Also, as an Easter egg, you can sometimes hear the Singing Squid if you’re by the water in Ga-Koro/The Great Temple.

It would not exist because I hate theme parks.

I actually finally got to Lego Land this Summer (only took 18 years), and I was thinking of how they could implement a Bionicle area there, roughly the size of the Ninjago one. Since it’s a pretty small are, it would probably be centered around the Coliseum, which would house the main ride (either a Chute-themed one that’ll pass through the Le-Koro section, or a Great Disk Scavenger Hunt VR ride). Around this building would be a small section for each Metru- Onu could have interactive Rahi animatronics, Po would have a Kohlii field (anachronistic, I know, but I don’t think Akalini is feasible), Le would have some Chute-themed attraction, Ta would have the gift shop themed after a mask-maker’s forge, or even the Great Furnace, Ko would maybe have a smaller shop for the books that would double as a rock-wall-esque Knowledge Tower from the outside, and Ga, assuming it’s close enough, would connect, of course, to a Bionicle section of the Water Park, with a Dweller-in-the-Deep themed slide and a Pit pool with LED projections of monstrous water Rahi. This may be to much to cram into a section of Lego Land, but it only seems slightly larger than what they have in Ninjago, plus having the Ga section be in the Water Park frees up space for the other five.

If you wanted too, you could switch it to a Mata Nui theme, center it around the Kini Nui, have the Onu section feature a ‘panning for protodermis’ attraction, and replace the Chute ride with a Gukko-back ride.

A. Has a secondary park, similar to how Disney World has both the Magic Kingdom and Epcot Center, which is dedicated to HeroFactory (and I guess a few others for Slizers and Robo Riders and Star Wars).

B: Has that one spinny ride from LEGOLAND with the massive statues of the Toa Nuva out front, pretty much my first exposure to any Bionicle years before, say, 2005?

Bionicle Jam is simultaneously the most cringeworthy and beautiful thing I’ve ever seen.

Also, as an Easter egg, you can sometimes hear the Singing Squid if you’re by the water in Ga-Koro/The Great Temple.

This right here would kill me, I would die from the sheer shock that they would include this.

And Y’know what! I’d be fine with it, I’d die knowing that my life is complete.

It’s time for Vezonland! Kids will have a blast taking a closer look at the lava falls and hunting for the Mask of Light in the many mazes. Plus, when they’re hungry, there’s the munch hall of madness. If they love animals, there’s always the Fenrakk spider petting zoo.

Alright, if we had unlimited budget, I’m making this Disney World-sized, with each of the smaller parks based on the different settings from the series.
Mata Nui
Metru Nui
Voya Nui
Mahri Nui
Karda Nui
Bara Magna
Okoto
All areas are connected to parks not immediately next to them by Metru Nui chutes housing little shuttles for easier transit.
Overall these parks are about the same size as your average Disney World “little-p” park, that’s plenty of room to include an explorable world. Here’s the layout: 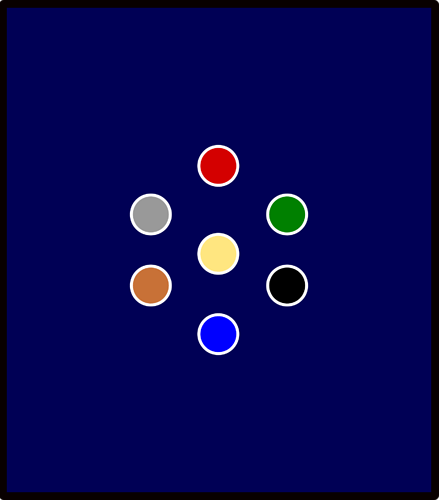 Bonk1642×1868 64 KB
Okoto in Red, Metru Nui in Grey, Mata Nui in Green, Voya Nui in Brown, Mahri Nui in Blue, Karda Nui in Black, and Bara Magna in Yellow.
Mata Nui: Less of a replica of the full island and more of just having the 6 areas of the island represented, with the major landmarks from each Koro, with Kini Nui at the center, where the main ride will be, Takanuva’s Ride or something, I’m not good with names. Basically, it’s a rollercoaster leading the guests through Mangaia and around the Kohli chamber where they’ll be dropped off. This is where the Mata Nui chute station will be, connecting it to Metru Nui. Other rides in this section, Gukko Flying, Macku’s Canoes (yes I know that’s Metru Nui but I want to have a ring of water around the park that quests can boat through) KOHLI FIELD, self explanatory (gear made from dense polymer, not metal, and uniforms altered to prioritize safety, headgear, padding, etc.) Mask of Light Scavenger Hunt: Find the mask, return it to the Seventh Toa. 6 masks of light are hidden throughout the section in different locations, the first person to find one and find the Seventh Toa wins their own wearable Mask of Light.

Metru Nui: Same idea as Mata Nui, having the different Metrus represented with landmarks with the Coliseum in the center.
Rides and Attractions: Coliseum Movie Night, the Coliseum is actually a movie theatre, with the movies being played on the viewscreens.
Great Disc Scavenger Hunt: Find the discs in the park for a free wearable mask of time. Discs are hidden in new locations every day (on a monthly cycle), the first to return them all to the Coliseum wins for that day.
Mask Making: A 3D printing station where guests can either print a wearable Kanohi or submit an original design to be added! (pending approval process)

Aight I’ll do more in the morning but for now I need sleep.