Yeah, I’m Ghid with that.

Yeah, I’m Ghid with that. 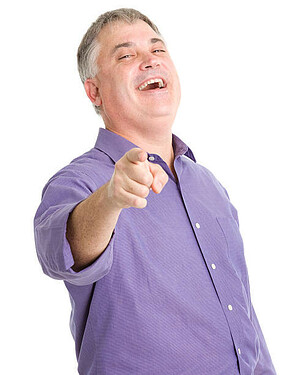 Sorry I don’t think I will be able to sign up within a quick amount of time, and I don’t really understand the core concept of this rgp, I will still follow the rpg as it goes up

There’s no need to sign up immediately at the start; maybe later on, when the format of the game is explained a little better, it might interest you. But I appreciate your following the rp all the same.

As for startup, probably not for another couple days at the soonest. We’d like to have things figured out a teensy bit further into the story before we begin, and that could take a minute.

ALSO, @Diero, I will need to discuss this with Winger, but if it’s alright with you I should probably retcon the whole squid head thing and leave the rest as-is. I still really like the idea, but if there’s a possible webcomic, it might be seen as connecting your character and the floating sentient fish continuity-wise, which they aren’t.

The worst of swear words

Are you still taking characters?

Heck yeah. Plans are for the RP to kick off on Saturday, but even after then signups will still be open.

I feel the sentient floating fish has left a bad precedent.

We here at EgomaniaTM (Winger and myself) have something of a bias based on knowledge of the capabilities established by players who have signed up for other RPs in the past, or who have GMed their own games. @Ajtazt, the boards member behind Malaco “Sweetest Fish”, has a reputation for being verbose and climactic in the way he approaches RPing and GMing.

Therefore, when he approaches this RP and proposes to write from the perspective of a sentient goldfish who speaks perfect english (and I expect will also take an unnecessary amount of time to trash-talk the other characters) both Winger and myself are, if hesitantly, willing to go along with the proposition since we are familiar with his level of capability and know he has the potential to write this character to its fullest extent.

We don’t know who you are.

You haven’t taken part in an RP on TTV before - which is hardly disallowing; new players are more than welcome - but we have no possible way of forming an opinion of your abilities outside of the signup itself. We had at least a pattern of writing style to go off of for Ajtazt’s character, but with nothing outside of the signup, (and since you also don’t seem to know how these sort of RPs operate), I don’t think either of us will be willing to approve this particular character.

However, until Winger says one way or the other, I’m going to assume Garth is still in the runnings. Let’s take a closer look behind that mask:

Garth was a smart yet lonely human

Ah, yes. A human. I too am a smart yet lonely human, am I right my fellow humans? This truly is a relatable human moment.

In all seriousness, this is a somewhat interesting character, but I’m not entirely sure he fits within the context of the RP. Nothing about his nightmare specifically involves turning into a seagull, and the telepathy has no discernable connection either. Unless the seagulls simply choose not to speak to me…

Now if this character had a reworked nightmare, was still to some degree a smart yet lonely human, and had some otherr tweaking, he might be a better fit for the game. But there’s another really big issue we need to address before that happens.

This is not DnD. It is vaguely DnD-esqe in terms of how it runs, but there are no dice rolls or magic systems or what have you. It is a play-by-post Rp, which in essence is taking turns telling a story from your character’s perspective. The format is similar, but the approach is wildly different, so if you enter expecting that experience you may be thoroughly disappointed.

That’s why I created the Official RPG how-To Topic as a nifty guide for players both new and old looking to craft a story, increase writing capability, or just have a good time writing from the perspective of a given character. It’s hardly complete, but it’s got all sorts of info from the basics on how to play to some specifics on writing quality and game management. I highly recommend giving it a read.

Ghid said it pretty well. Malaco is an exception, not a precedent.

You actually have quite a solid character start, but with no knowledge of your RPing capabilities, we’re going to have to say no on it being a literal seagull. Nearly everything else can function in isolation from being a seagull, and you can definitely keep them while finding a different mutation.

In terms of balancing, straight up mind-reading and telepathy does seem both over-powered and a bit inhumane. If people don’t metagame, as we hope, it would likely end up with your character becoming a pariah among the others.

Ok this is all good feedback, I appreciate that! I’ll go ahead and rework him. I also read the how to and I understand it far better now lol. I apologize for not seeing that sooner. Any other advice for this type of thing since I’m new?

Pm winger and ghid some of your ideas they might be able to help.

Any of you ever have a memorable dream? Or nightmare, but mostly looking for dreams here. Definitely nothing will ever become of it, nope.

Yes
But you wouldn’t understand it

But you wouldn’t understand it

This is probably the strongest reason for you to post it

Really?
Most of the stuff I remember is small fragments.

Bunch of tornadoes chasing me while being Lost in a forest during the winter.

is this like, the scene out of a horror film except instead of werewolves or serial killers it’s tornadoes?

I originated from the south they’re a big threat there.

I originated from the south

South Georgia and the South Sandwich Islands? Could I have one with pastrami?

Any of you ever have a memorable dream

My subconscious tries to traumatize me okay?

My subconscious tries to traumatize me okay?

This one is the most recent, but I have the feeling it’s gonna haunt me for some time to come.