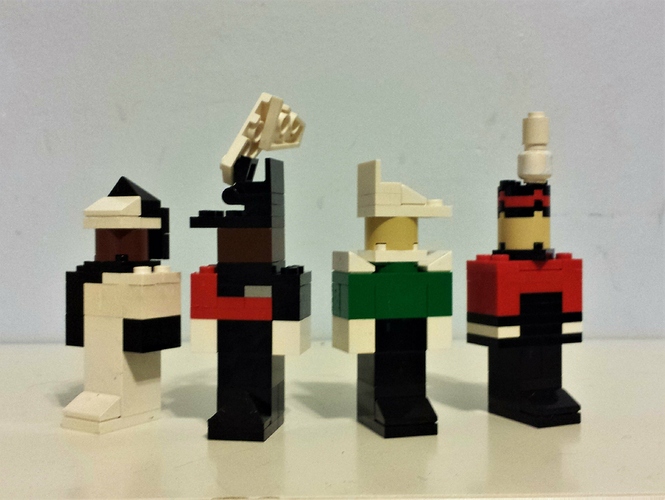 I know this isn’t your typical post, but these are some of my favorite uniforms in Drum Corps. I had the Idea one night to make one of these, and couldn’t stop. Now, on to the specifics. 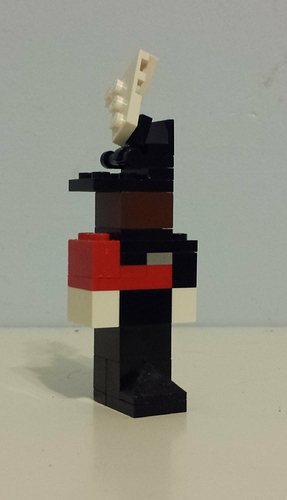 Some of my personal favorite uniforms, I wanted to do something other than their basic red, so I went with this variation. I really wanted to get the hat and feather correct, so I think I did a decent Job of that. I did, however, decide to cut my losses when it came to the sash. 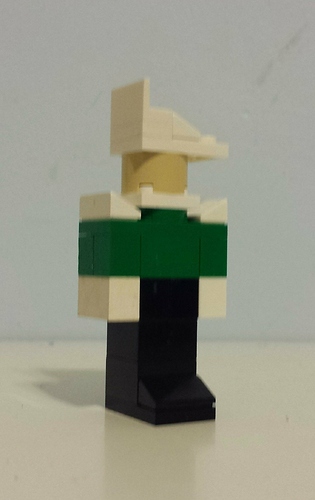 Yes, I know the picture Is blurry, my hand shook.

Another one of my favorites, This is the one that started the experiment, and as with the previous one, I really wanted to get the shape of the hat, which I feel I did okay in, It could have been better. 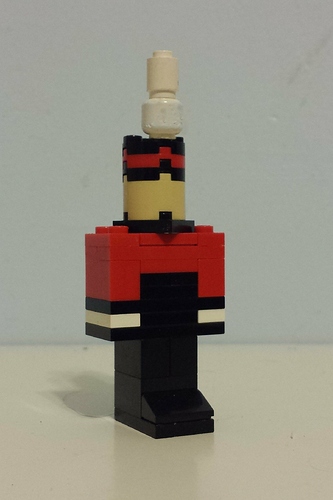 Another Uniform that I love, The Boston Crusader’s uniform was the most difficult to recreate mainly because I was lacking 2x1 black pieces, which made the build more difficult than it needed to be. Along with this, the actual uniform is in a dark red, but my lack of parts made me have to compromise. 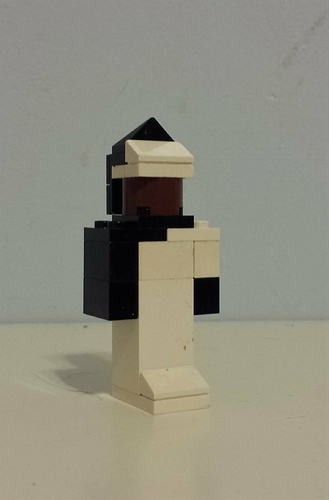 Lastly, Phantom Regiment. I knew I wanted to attempt to recreate their helmet in brick form, but a lack of pieces certainly plagued this build, making me result to using parts I would not normally use, but I still think it came out pretty well overall.

Overall, I think I did a pretty good job at recreating these uniforms in a small scale. Please feel free to leave suggestions and/or comments down below, and I will try to address them.

You know, you make them very well. It would be funny if you do some on LDD for the ones from the MB too.

As suggested by @Toa_Vladin, I made some updates on previous designs, and added some additional ones. 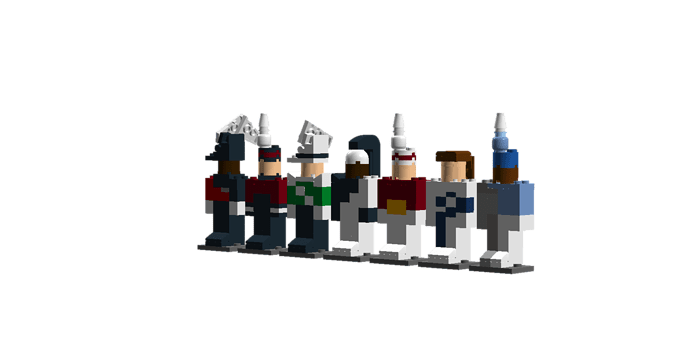 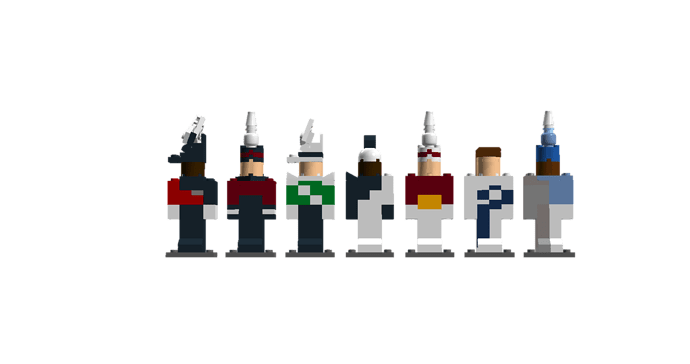 Simple system builds but they each have a lot of character to them. I approve.