Since I built Xplode, it seemed only a matter of time before I built his Arch-Nemesis (according to the back of the box) Good ol’ Dunkan Bulk. 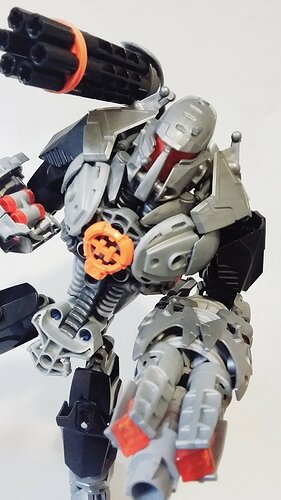 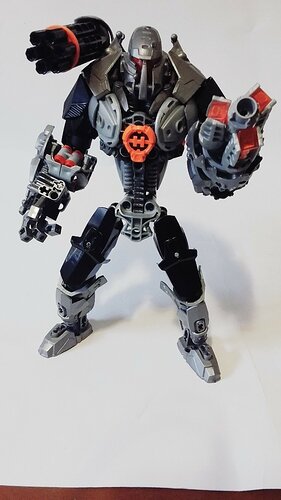 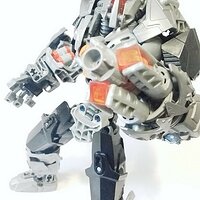 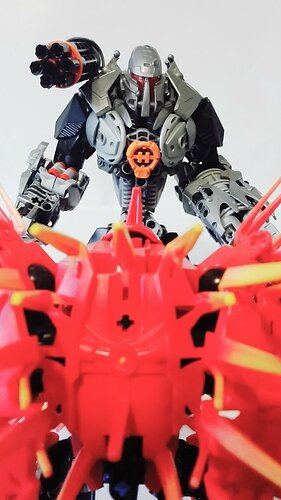 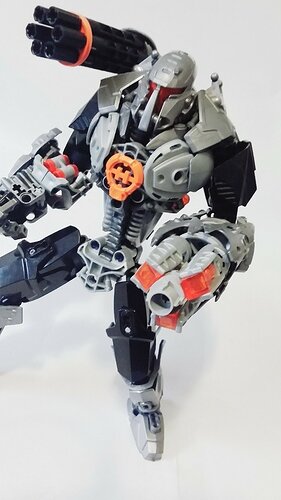 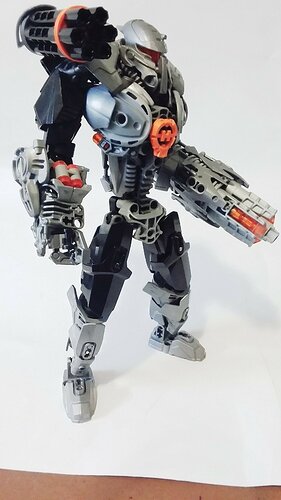 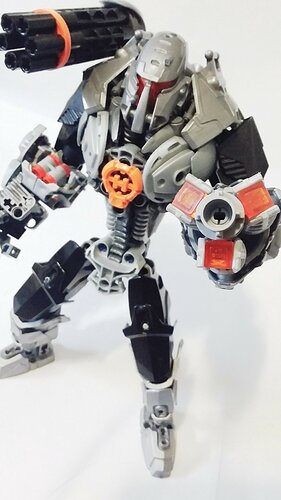 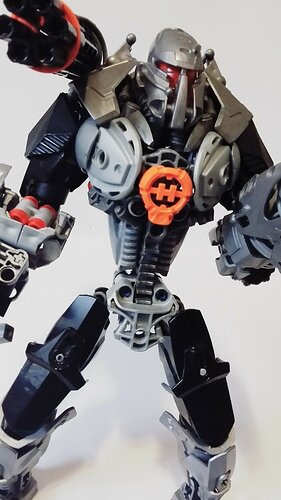 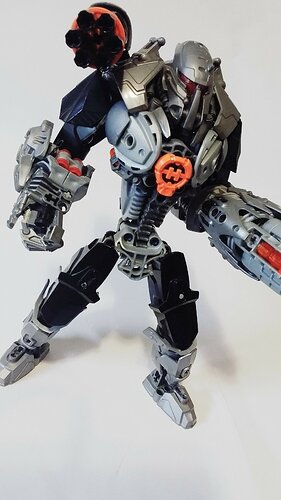 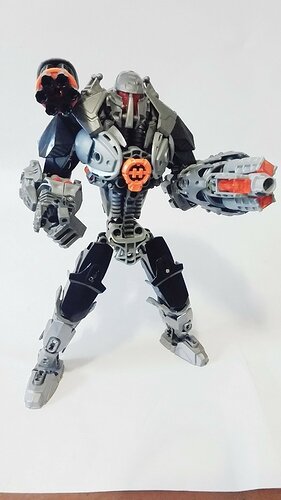 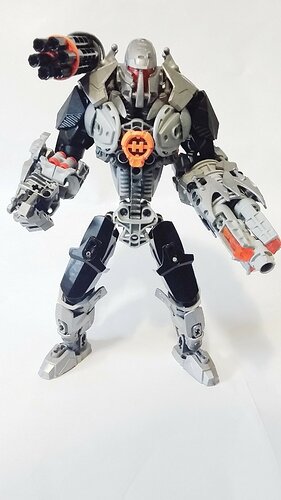 Yeah this guy was…a challenge. A fun one, a really satisfying one, but a challenge nonetheless. Unlike Xplode, Bulk has had several sets, all of which interpret him in pretty different ways. I chose to hone in on those details that felt most true to the character, and his role in Alpha Team. So I decided to make something of a blend of his 1.0 and Breakout incarnations, with some light sprinklings of details from his other versions. His Core was lifted from his 3.0 set, to help bring out some more of the orange accents that became more prevalent with each design.

His overall color scheme is a return to his original set, with the black accents beneath heavy silver armor, and some orange to make it pop. I find it’s a much more clean and crisp combination, compared to the much muddier and bland colors of his later sets.

A big source of inspiration as I continued building was the look of some other “Big guy” characters, namely War Machine and Ironhide (the one from the WFC-FOC games) and those kinda helped bring some of his weapons and proportions into focus. I went with much slimmer, shorter legs, to really emphasize his large shoulders and chest. In some pictures they look a bit wonky, but in person I think they look pretty neat.

His main weapon is heavily inspired by the guns from the aforementioned Transformers games, even down to the way he holds it, felt appropriate for the big guy to be lugging around some massive cannon like that, so I went with it. Plus it works as a nice callback to Bulk’s previous arm-guns.

The biggest issue I personally have with this build is the articulation. It’s awful. In my efforts to make him as beefy as I could, a lot of joints were restricted. He looks fine just sorta…standing there, but compared to Xplode he’s practically a statue.

Overall I’m really happy with how this MOC turned out, and I’d love to continue doing HF revamps in the future (if I don’t run out of pieces first)

Thanks for checking out my stuff! Have a great day!

If only hero factory was always this cool. This moc is awesome!

Smoother than a bass rift.

This is a well done revamp, probably the best HF thing I’ve ever seen.

Great Job, this MOC is just sick! I especially like the torso and the weapons.
I am really glad to finally see someone make some proper Hero Factory revamps!

This is a well done revamp, probably the best HF thing I’ve ever seen.

Thanks a bunch! [quote=“LegoDavid, post:7, topic:50996, full:true”]
Great Job, this MOC is just sick! I especially like the torso and the weapons.
I am really glad to finally see someone make some proper Hero Factory revamps!
[/quote]

Now this is a Bulk.

Awesome shaping! That abdomen using a thornax launcher is radical!

Now this is a Bulk.

Dude this is killer. I love HF revamps, and this is one of the best I’ve seen on here for sure.

That blaster arm and the custom torso are unreal.

Thank you! I love making em!

I looked through this topic, looked at the pictures, even read the summary - my baby brain couldn’t register that you had built this until I saw your signature. Way to go 180 with your building style.

What initially made me forget who created the topic was the building style - reminiscent of some of the old Brickshelf builders from around the mid 2010s busting out seriously good Hero Factory MOCs. Probably the weakest design portion is the legs, as the armour flow just doesn’t seem to work past the knee. Maybe it’s better in person.

Everything else, though - nice work. Really nice work. You better not stop building this decently, like ever

Thanks a lot man!