earliest version of your self MOC

Having recently gotten back into bionicle, I figured I’d work on a self-MOC for the sake of it-- but while planning it out I stumbled across a photo on my ancient brickshelf account taken circa 2006/7. I would’ve been about 13 or 14 at the time: 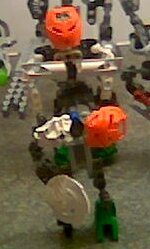 Does anyone else still have photos of their early self-MOCs? When are they from? How have they changed to their current incarnations?

I don’t have any photos of my Self-MOCs from 2010-2015. Although in November of 2015 I made the first version of my current Self-MOC. But it was pretty different back then, for some reason it had a really weird torso that barely was a torso at all and really short limbs. Also I gave my Self-MOC a Tryna for some reason. Then I made some other versions that I never took pictures of until this version from early 2017. 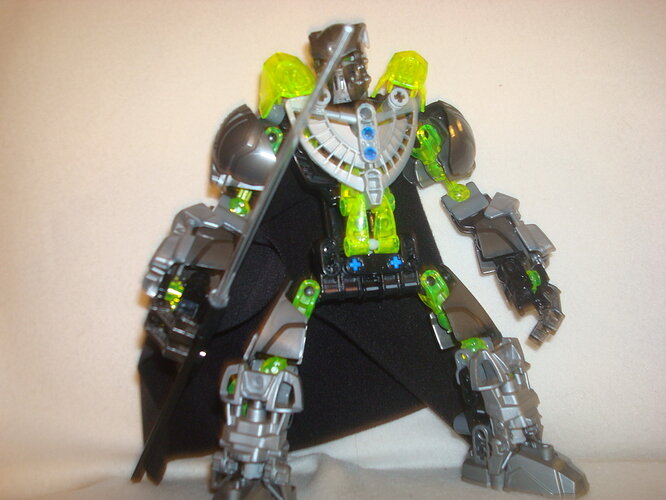 I dig it-- nice blend of CCBS and more traditional parts.

I don’t know if I have a picture of any of my earlier Self Mocs, I changed self moc quite often as a kid.

Yeah, so did I, to a degree. the original pic I posted up there is cropped from a group shot of 4 different versions, 2 of whom had multiple forms (iirc one was evil and the others were from different timelines), plus I definitely remember there being another larger one I never photographed. 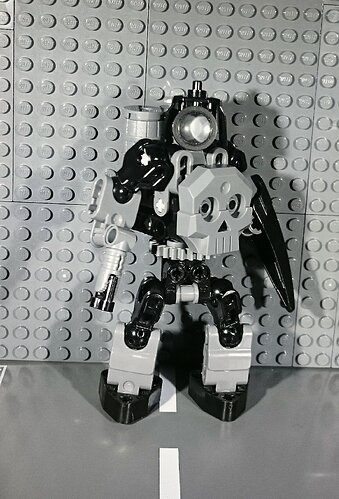 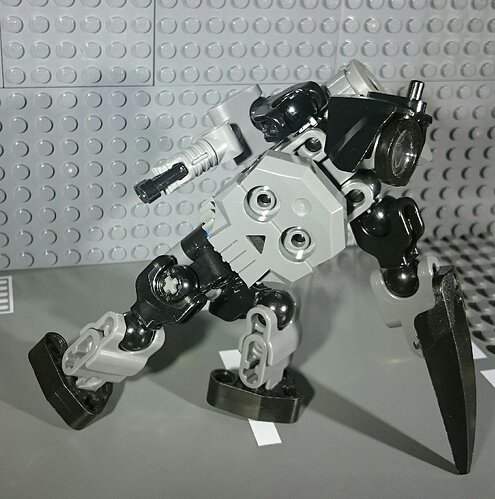 Here’s a couple pictures of the earliest version of my self moc, interestingly the torso build has stayed the same ever since. It was made early this year

So this is my self moc Tekan, as you can see I went through 5 forms of him as I slowly upgraded him and painted his mask. Each has an updated description for them. Tekan v.1 [image] No description for some reason. Tekan v.2 [image] Tekan is a friendly toa of shadow with a second mask of shadows that contains Makutas brother. Herofactory discovered him on a dead world that they had sent a group of scientists to, they then stopped responding. After an sos signal was set off they sent alpha team to rescue the scientists. When they arrived they were attacked by a group of damaged rahkshi, Tekan then rescued them and showed them where he had hid the scientists, he then helped them to escape but was stabbed by a rahkshi adding that to his already damaged state almost killed him. W…

For some reason my self MOC’s, who entire basis was G1 based, first version was an HF build with an entirely new/‘future story’.

I may have 3 self MOC’s but Tekan is the first.

Seeing as how others are doing this, here’s Tekan now:

Tekan - Toa of Shadow, unofficial (and reluctant) leader of the Misfits/Toa-Unknown Lego Creations

Ha-ha! Told you all I had to do was finish up that recolour before I could moc him! So yep, final post for this guy, not uploading anymore and yes, I do realize I should’ve made a seperate W.I.P. Topic for his other 3 versions, might do that still. Also, yes I realize his shoulders make people think of Von-Nebula and that the blue sticks out, but here’s the thing, until it hits summer I can’t do anything’ll about that, can’t spray paint them and I’m not painting them with the model paints like I did everything else (it keeps scratching!). So yeah, you’ll have to wait for that. Also, especially I realize he still still has a good amount of just recoloured and modifed Takanuva’s pieces but here’s the thing, even if I had mocced him fro my scratch I would’ve been either ended up building …

I made a post on Mocpages showing how much my self moc change over the years, and for the most part the idea and the design of him stayed the same, some what 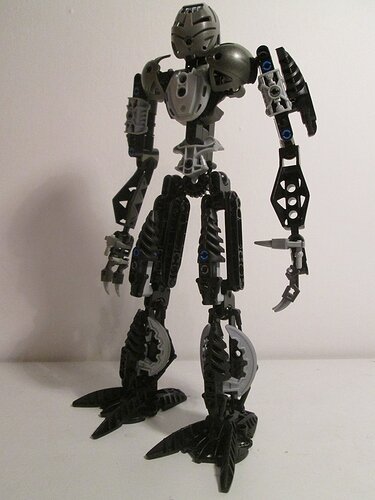 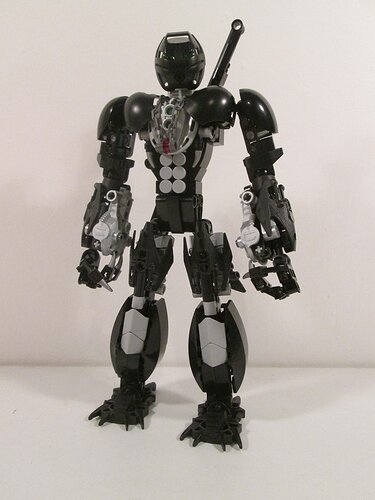 Kaos then (also the first moc I posted here when I joined.) 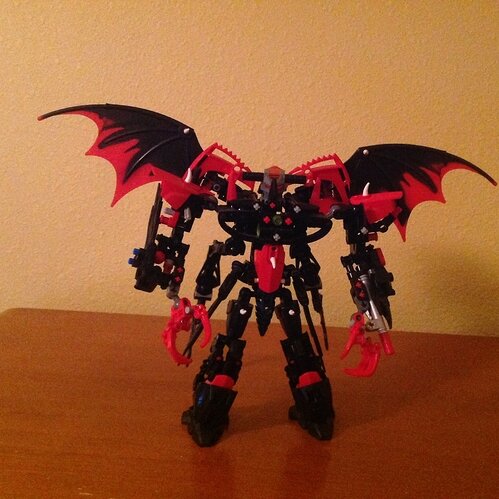 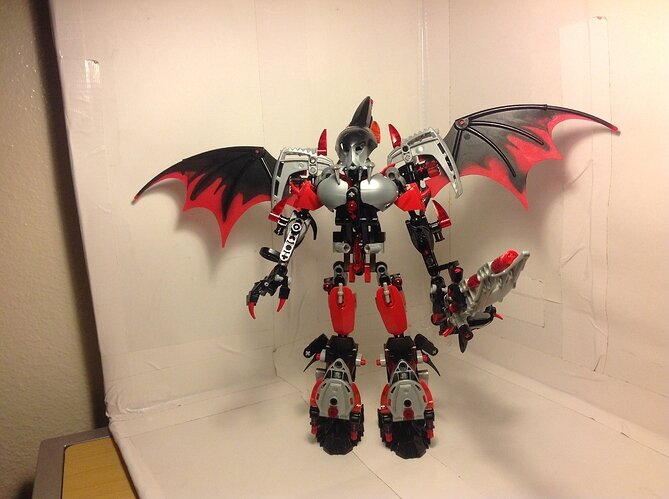 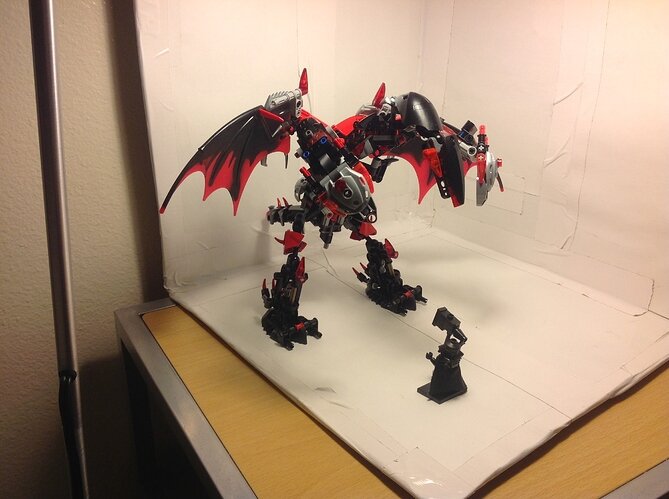 Ooh boy, this will tame some digging.

I had to dig through my old (and badly organised) brickshelf account, so you’re not alone there!

Oh boy, this is a rabbit hole.

Here’s original Ghar and his gigantic crossbow. His original name was Garan, but that was already a name in Bionicle, which I had forgotten. 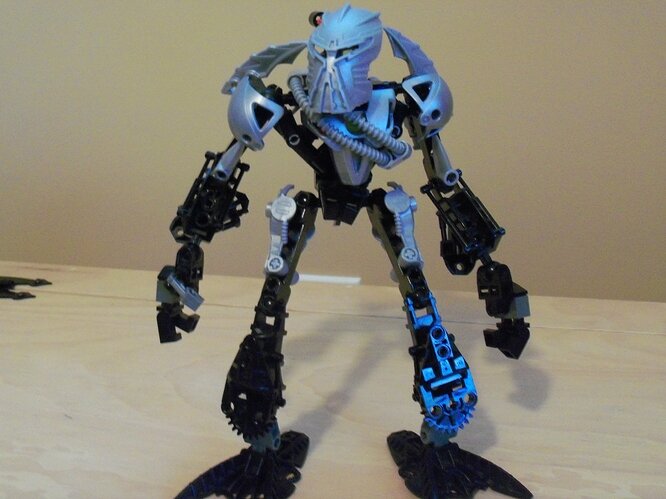 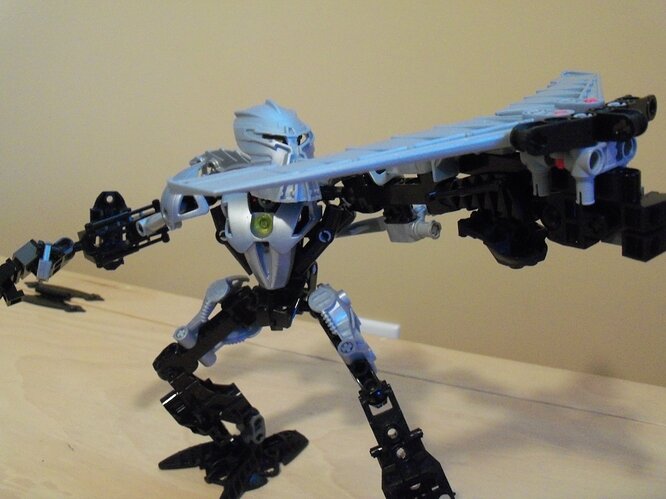 The next oldest version was Ghar V1, which I was really proud of at the time: 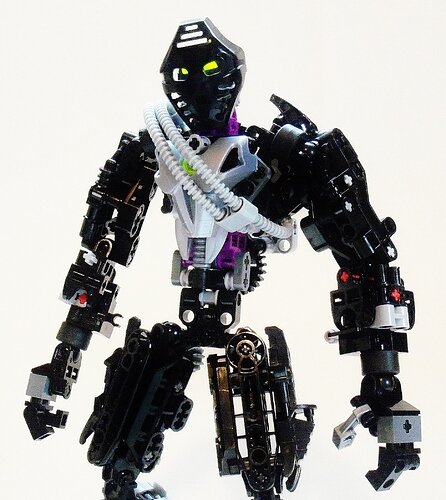 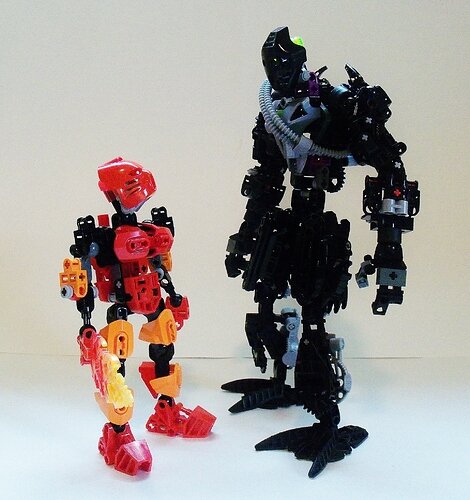 That design continued to evolve, got less and less ugly, until I decided to scrap that version. Now he looks like this: 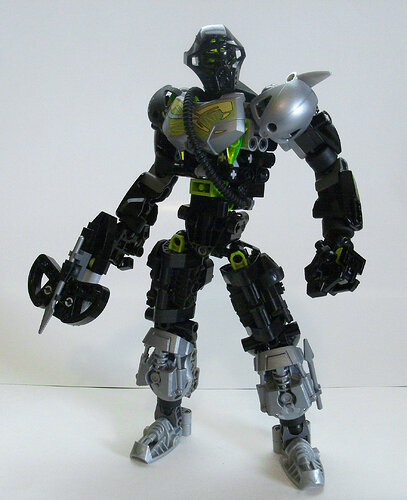 Hmm. I can remake ot because i remember it perfectly 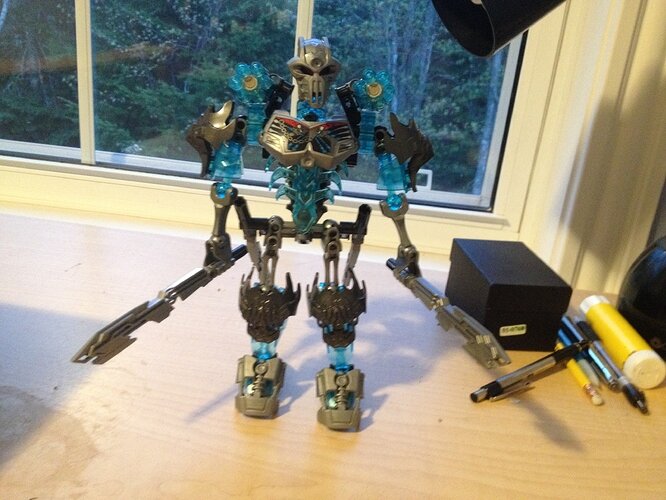 This is actually my first self moc. I kinda went through a few variations (including a mech) before landing on Lazerine

I actually rebuilt RaptorTalon V1 a while ago, thanks to parts being freed up from V15. 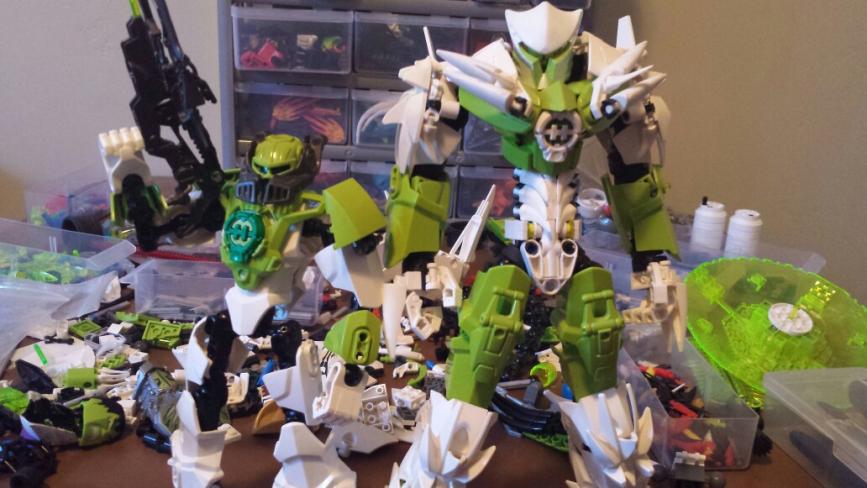 Here’s an old, messy pic of them together.

It’s crazy to see how much you’ve improved since then.

@Da_Stronk_Destroyer First version is neat for what it is, but I’m digging the blend of system parts on the latest one.

@decepticonaiden Digging the integrated weapon storage on the hips-- feet are neat, too. Do the weapons he’s holding store anywhere?

From what I remember, no. But his shoulder canons did fold up

Thanks, by the way!

i have a few pictures of my oldest self moc. but its on one of my other devices. and i’m replying with a computer. which does not have the pictures.

but when i have the time i’ll post my oldest forms of my self moc.