hi there
i made a combo model of ekimu and ekimu 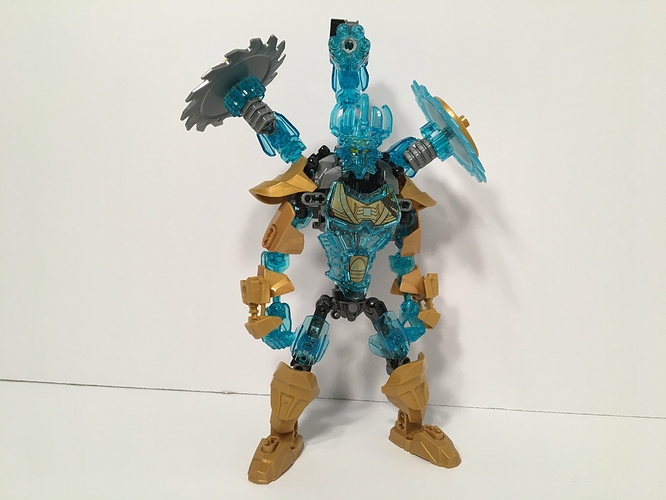 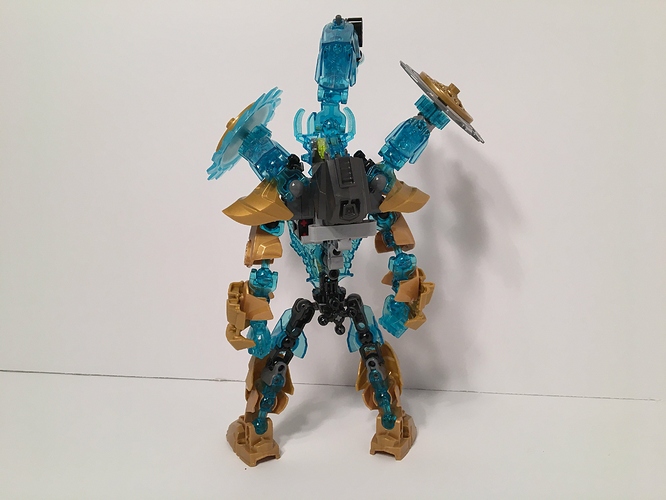 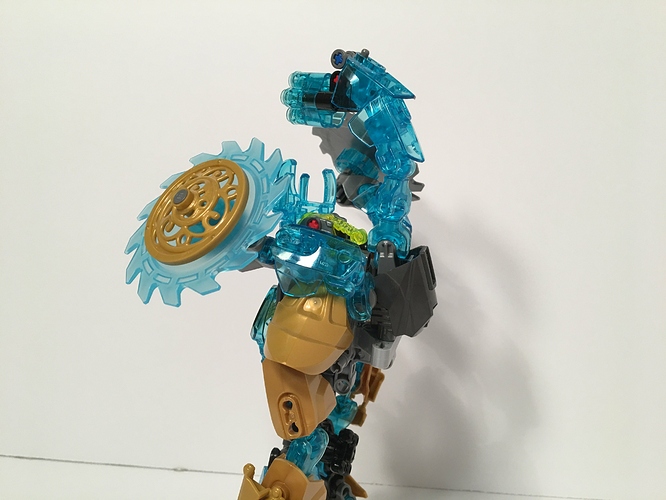 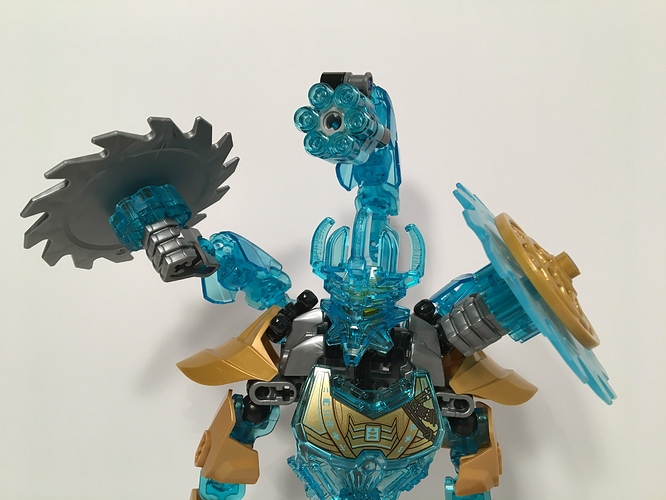 This is a re-imagined version of Ekimu in 2016, where instead of a mysterious door transforming him into a Toa/Not-Toa of Light, he upgraded himself to fight alongside the Toa. The idea is that he’s wearing a backpack thing that has arms 'n stuff. They hold his dual buzz saw shields (for slicing and deflecting) and shoot-shoot blaster (for shoot-shooting).

This combo sat as a WIP for several months, mostly because I couldn’t find a torso design that I liked. Eventually I revisited it, and made the current torso design. It kinda looked like a collar of sorts, so the backpack thing just flowed from there. I’ll be the first to admit that the limbs aren’t horribly complex, but I tried my best with the parts given.

Anyway, hope you enjoy. Instructions will be up soon if you’re interested in that sort of stuff.

Kinda don’t like that he no longer has any weapons in his hands, just these not very long reaching saw things, bonus points for attaching the arms in a creative way, even if they look like they’d collapse at any moment.

I feel like the gold mask would have looked better here.

Also, why does Ekimu need those extra hands when he can just use the hands he has and then carry the launcher on his shoulder. The launcher being over the head looks… Silly. So do the arms.

Kinda don’t like that he no longer has any weapons in his hands,

bonus points for attaching the arms in a creative way, even if they look like they’d collapse at any moment.

They’re actually fairly stable. They might look floppy, but the joints are stiff enough for it to be fine.

I feel like the gold mask would have looked better here.

I tried that, but I didn’t like how it disrupted the color flow of the MOC. IMO, a mask color should always follow the primary color. For better or for worse, Trans Light Blue is the primary color here, and thus is the color I used for the mask.

why use your arms when you can have ROBOT ARMSSS

I think someone is just excited for the Nintendo Switch.

This is pretty cool. I like the arms and shoulder pads.

I like the way you connected the shoulder armour, very creative use of pieces.

Makuta walks in and sees Ekimu wearing this
Makuta: are those…hands on your back
Ekimu:ummm I can Explain…
Makuta backs out slowly

There was another person who thought of that idea, dunno if you’ve heard of him 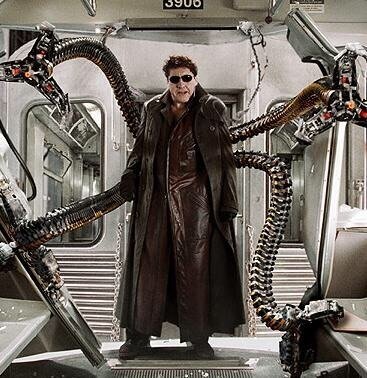 HE IS AN ABOMINATION. 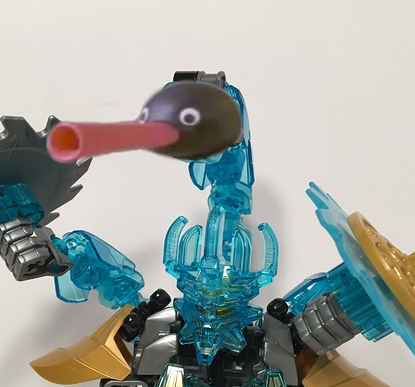 As for the MOC, I wouldn’t think that there would be a such a good looking combo of both sets, so great job on that!. I especially like the feet used a a collarbone.

On the one hand, I do like the way the shoulder pads are oriented and the way it fixes the sets stumpy proportions. The addition arms are also kinda neat and give him an almost deity-esq look.

On the other hand the placement of the shields looks a little odd as does the blaster. I feel it’d be a better combo were he holding one of these weapons.