Hey Ved here again, I’m here to pitch you guy some color schemes. I hope you like them and agree. Warning, I know these aren’t the best drawings, but they should be good enough for all of you to get the big idea.

Element: Fire
Prime: Red
Secondary: Orange
Highlights: Keet Orange
Reasoning: Let’s see well red was an obvious choice being it’s represented fire for along time. As for the other colors you find in a flame. 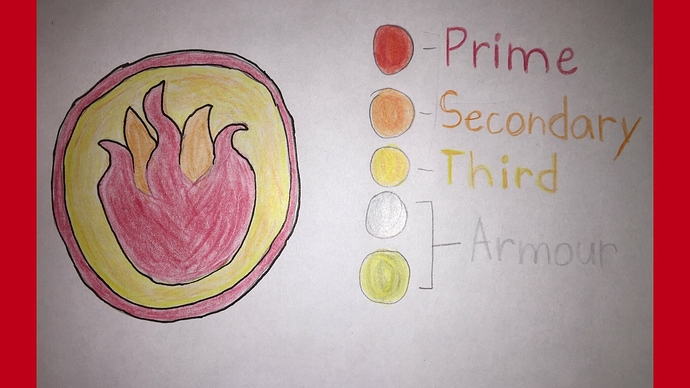 Element: Lightning
Prime: Purple
Secondary: Dark Blue
Highlights: Yellow
Reasoning: I’m going to the simpler one here first. The reason I picked yellow is that it was originally the standard color for lighting befor blue. As for dark blue is the idea of a dark sky when a storm rolls in. Lastly, I chose purple because it was talked about on the Podcast which I agree. 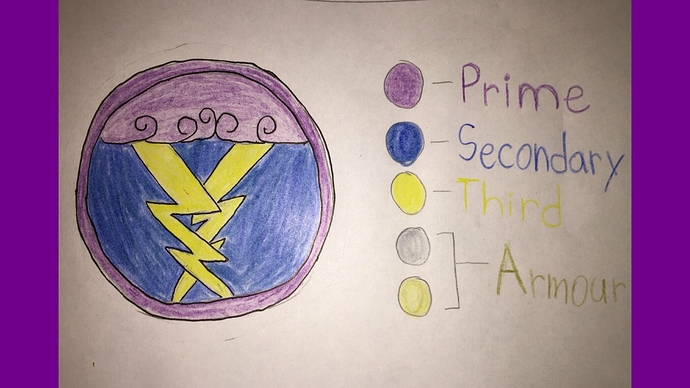 Element: Earth
Prime: Black
Secondary: Dark Green(Metru Green)
Highlights: Brown
Reasoning: I picked these colors because I feel each one pretty much represents earth and nature. 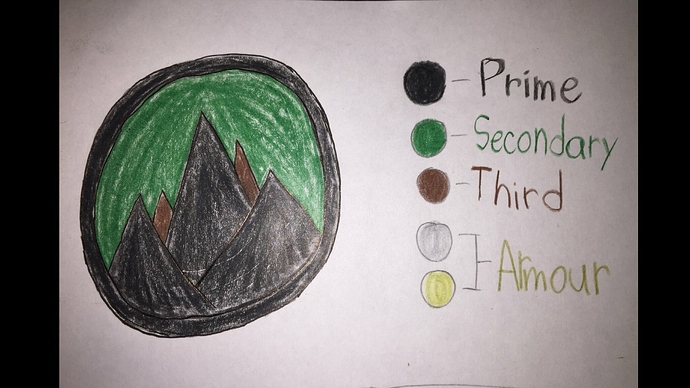 Element: Water
Prime: Blue
Secondary: Turquoise
Highlights: Green
Reasoning: I feel that the picture pretty much sums it up. 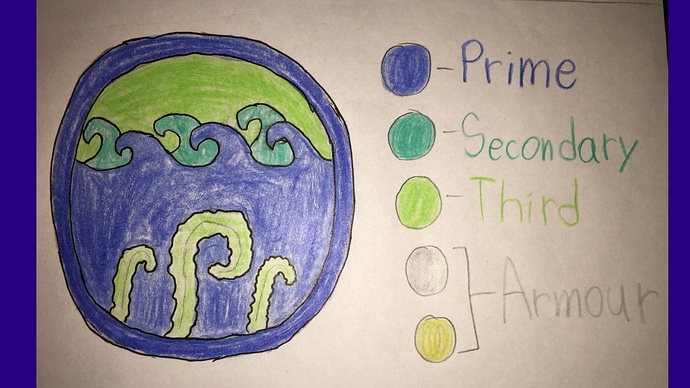 Element: Air
Prime: Pink
Secondary: White
Highlights: Light Gray
Reasoning: Well white and light gray sort of explain themselves. “But why pink?!” I here you say at me very angrily. I can ask the same about green. Sadly I have only one reason why, but that is one more reason than green. And it the sky, to be more specific the sunset which the reaches a pink color. 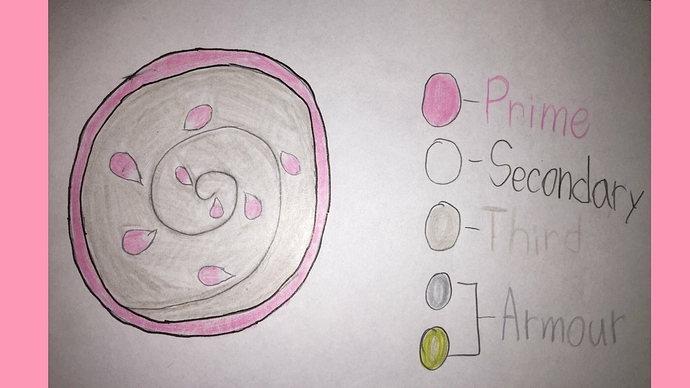 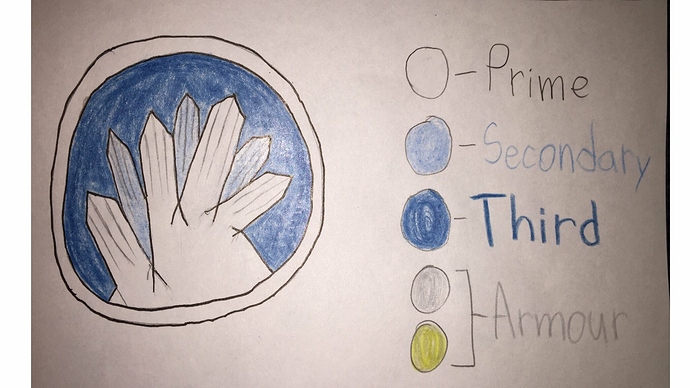 Element: Stone
Prime: Brown
Secondary: Gray
Highlights: Orange
Reasoning: I took away tan from the stone mixture because it would look like it should be sand, and so why gray. While a lot of stones can be found in gray or brown. As for my explanation for orange, is that I was inspired by some concept art which the orange looked really good. 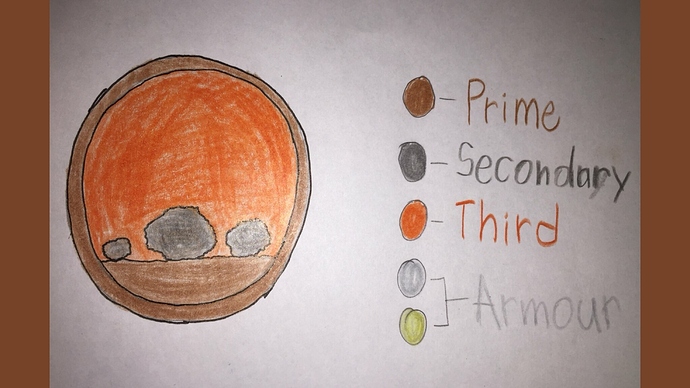 Element: Super Fire (or Light?)
Prime: Light Blue
Highlights: White
Reasoning: I remember on one of the Podcasts about giving Tahu a super heated mode or something of those lines. So I what ahead and made this color scheme for super Tahu (yes I know these are stupid name but can you blame me). Anyways I picked light blue because it is the hottest and brightest fire color as for white you can sometime see in a hot flame or star. Also last but not least, why don’t we have Tahu become the Toa of Light in this form, fire was an original source of light. 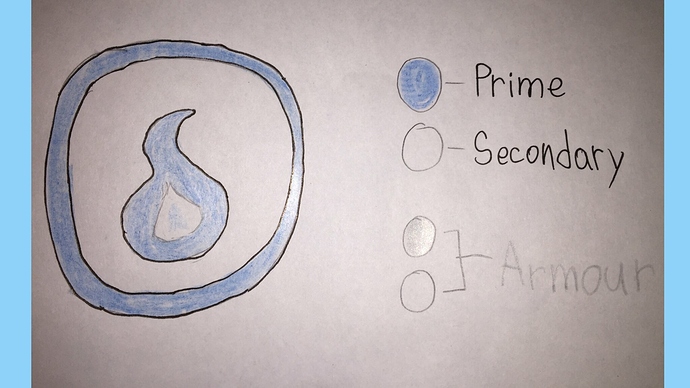 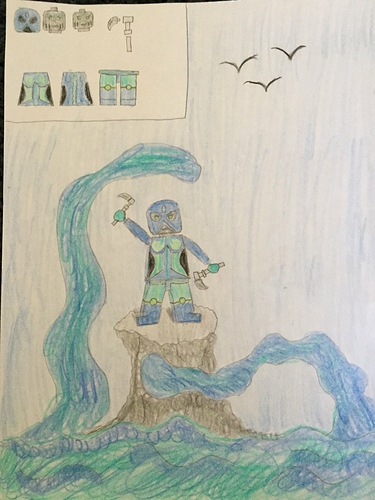 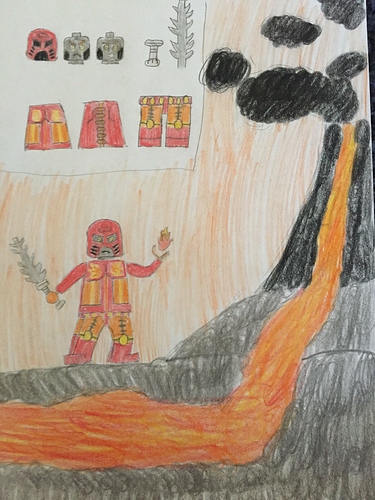 I don’t know which joke to make.

should i make a Super Copy ability joke, or a mecha joke?

jokes aside, not half bad, mate.

The only one I question is Air. Pink is just so hard to take seriously because, come on, it’s pink. Leave it as green, it makes more sense for the Le-Koro environment.

Not bad, I like these. Air doesn’t appeal to me all that much, but it’s not bad by any means.

I remember on one of the Podcasts about giving Tahu a super heated mode or something of those lines. So I what ahead and made this color scheme for super Tahu (yes I know these are stupid name but can you blame me).

I don’t remember them talking about this, but holy frijoles yes. I need a Super Toa God Super Toa Tahu in my life. Heck, give all the Toa “Super” forms, pls.

These are cool, but I think you really need more contrast in the designs. They’re not the most eye-catching, I think.
And PINK? Why PINK?

“But why pink?!” I here you say at me very angrily. I can ask the same about green. 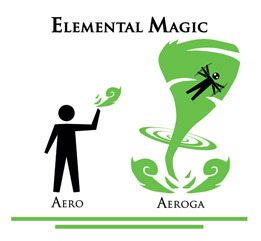 When Elemental Powers are color-coded (for your convenience), air and wind, being invisible and colorless, present a conundrum. Blue, yellow, and red are taken by water, lightning and fire. But in occult western symbolism wind is supposed to be …

Oh okay thank you for enlightening me about this knowledge.