So there is a lot of controversy about the elemental colors lately due to the contests. People talking about gold Kualus looking like a Toa of light and gold Gaaki looking like a Toa of psionics. Other elements and characters have been brought up too. I try to kinda clear things up about how i would say it works.

Theme 1: Hahli Mahri has got the colors of a Toa of plantlife.

That statement isnt really correct a Toa of plantlife is Green and blue. The main color is green. On Hahli lime is the secondary color.

Theme 2: Hahli Inika looks like a Toa of lightning.

Nothing wrong about that statement. But I will say it makes sense since she had electrically charged water which combined is basically lightning.

Gravity, sonics and magnetism have got a similar color scheme to earth.
So Gravity is purple and black. Once again purple is the main color. Onepu had it as a secondary one. (Masks and feet on tohunga are the secondary colors).
Sonics has grey and black. Same shenanigans grey main color and black secondary color.
On Magnetism its gunmetal which was never featured on an Onu-Character to begin with so skip that.

On all the ones I have already given examples on I mentioned secondary colors and primary ones. If a Toa has more of one color its the primary one.

Now onto the spark that set everything on fire again. 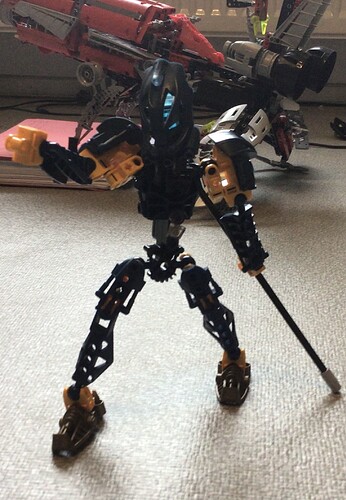 image1466×2115 703 KB
Something like that^. (It can be replace with keetorange in my eyes)
So gold armored Gaaki is totally fine. And for Toa of light its the same.

Thank you for reading and give your thoughts on this maybe. Bye.

18 posts were merged into an existing topic: Color Blocking and Elemental Color Schemes