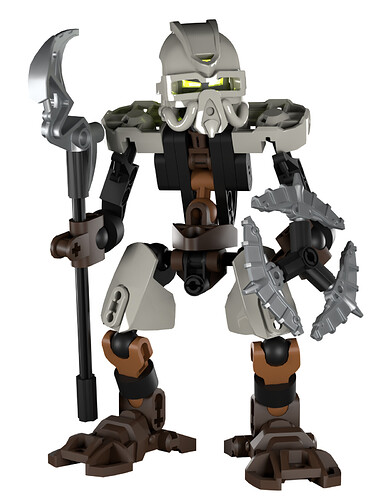 Formerly a reckless toa of iron, almost endangering matoran settlements on various missions, he was stationed on Nynrah to watch over the Ghosts after fulfilling his destiny and becoming a Turaga. He now protects them from minor threats and coordinates big projects. At first, he hoped to get out of there and be a Turaga of a more populated settlement, but slowly he’s starting to enjoy the odd company on Nynrah. 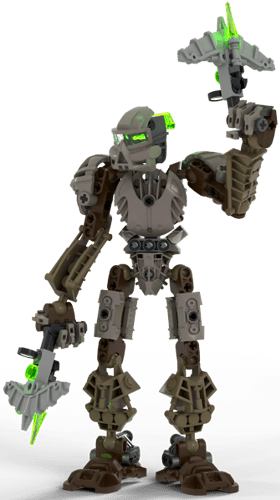 Can you give him a hordika form?

I like that his colours make him look rusty. He has a pretty cool Turaga like build too.

This is quite simple, quite nice.