After using it for two years as a parts pack, I decided to reassemble my EV3 set to create a Robot. It’s not technically my first Mindstorms MOC, but it’s the first one that I’ve 100% both built and programmed myself.

And I gave it a VERY important and fundamental use: to place Dominoes! 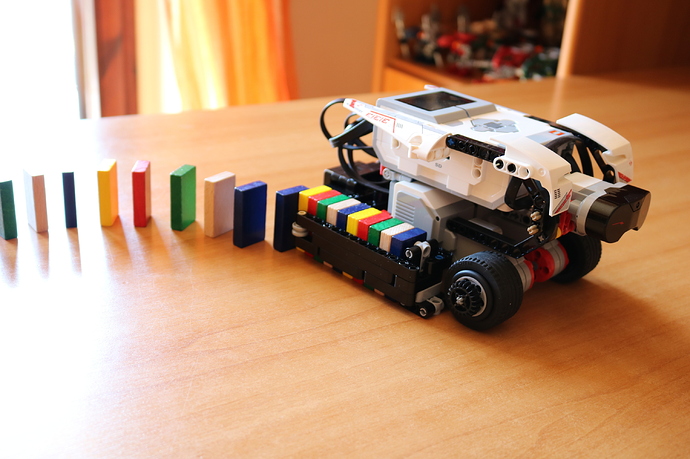 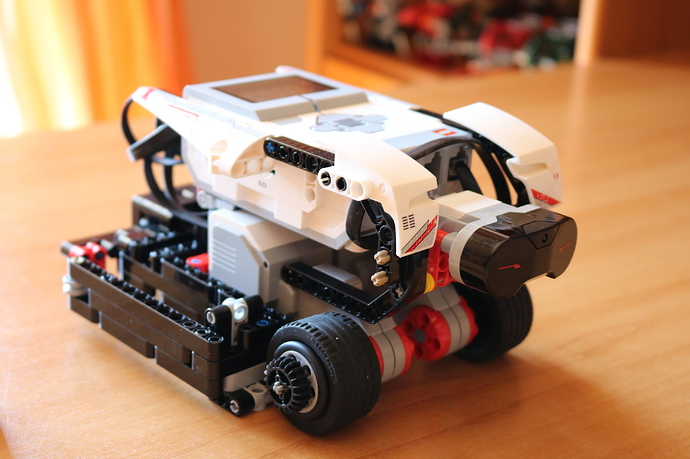 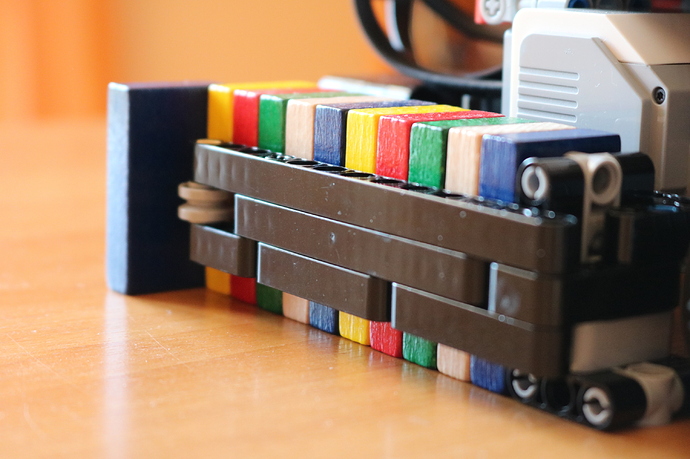 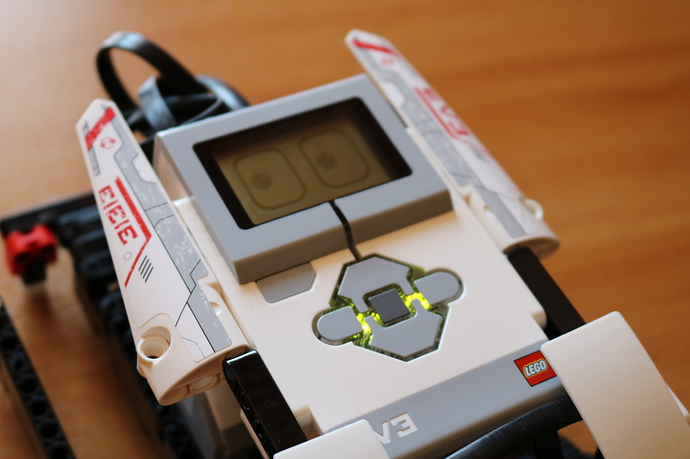 Before I get to the model itself, I want to clarify that it was designed specifically to hold Haba Dominoes, which are made out of wood and have stupidly convenient proportions that allow the pieces to fit perfectly in a 3 wide Technic slot. 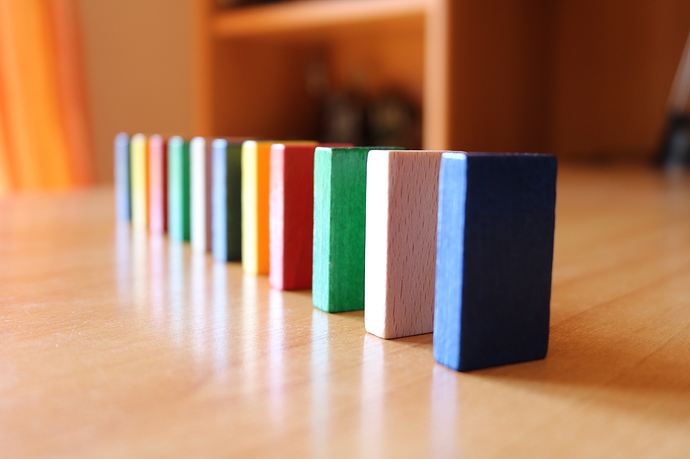 The Robot can hold one stack of 11 Dominoes at a time, and can go straight or turn left and right, and can be controlled manually by waving a hand or an object in front of the IR sensor, or using the Beacon. 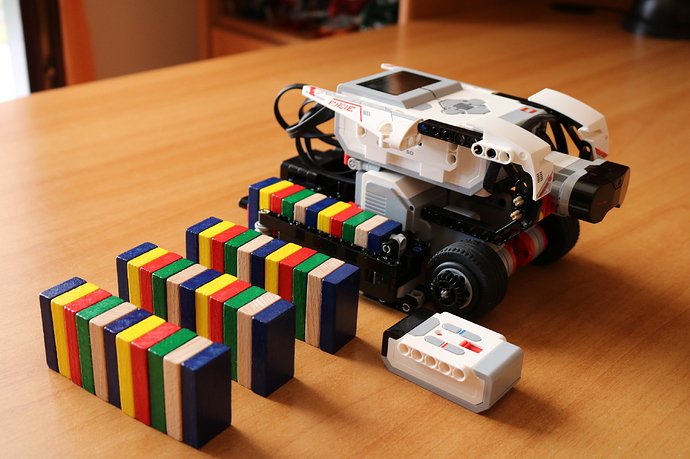 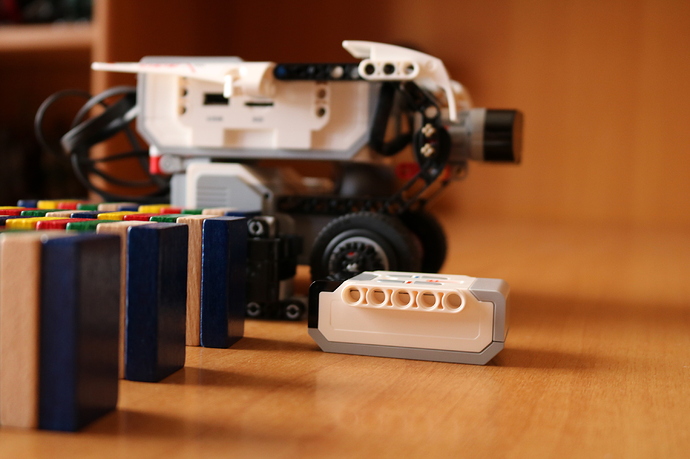 BTW, if you’re not familiar with Mindstorms, this is the IR (Infrared) Sensor. It can measure distances and is also the receiver for the Beacon. 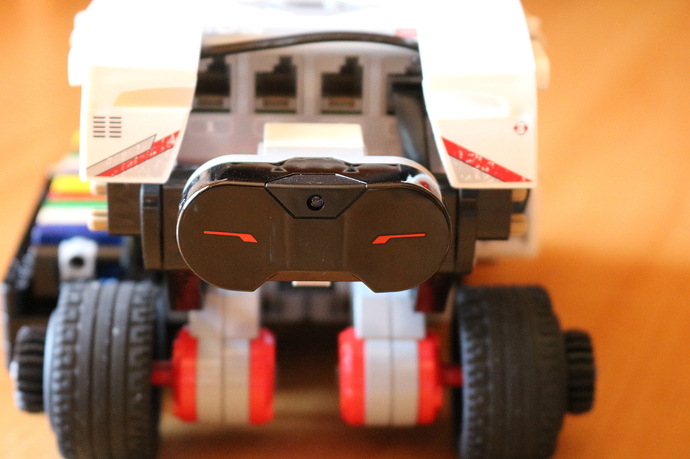 And this is the Beacon. 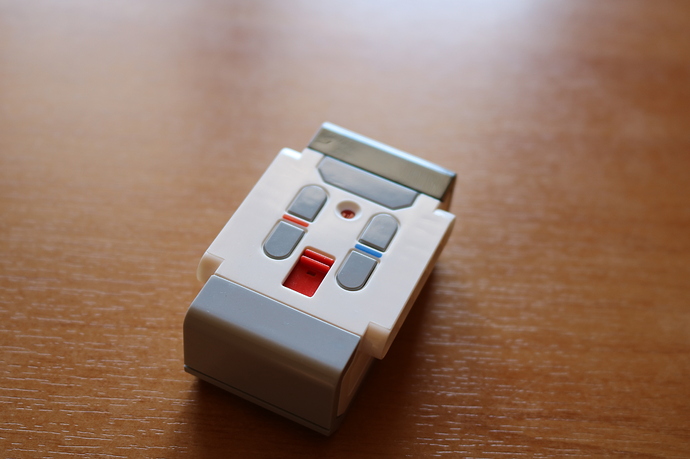 Three motors control the Robot: two large ones for moving and steering, and the medium one for the placement of the Dominoes. 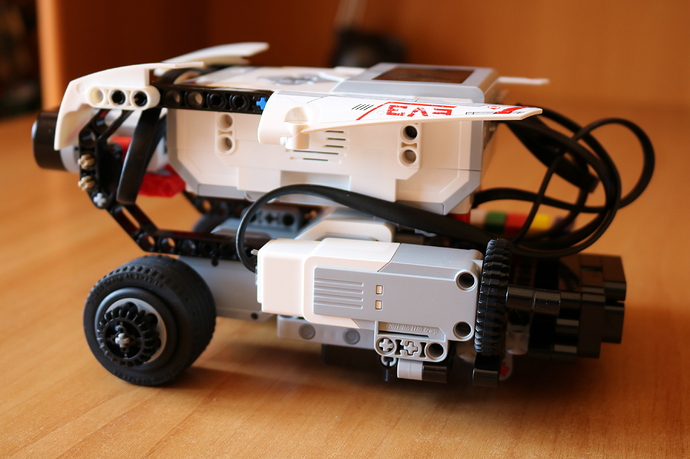 The Dominoes are held in this slot. A moving beam slides them out carefully (and also doubles as a holder when the Robot turns right, otherwise the Dominoes would slide out while it’s steering, you’ll see what I mean in the video), and an L shaped thingy prevents the pieces from toppling while sliding inside the slot.
######yes, I know, I’m really good at explaining things… 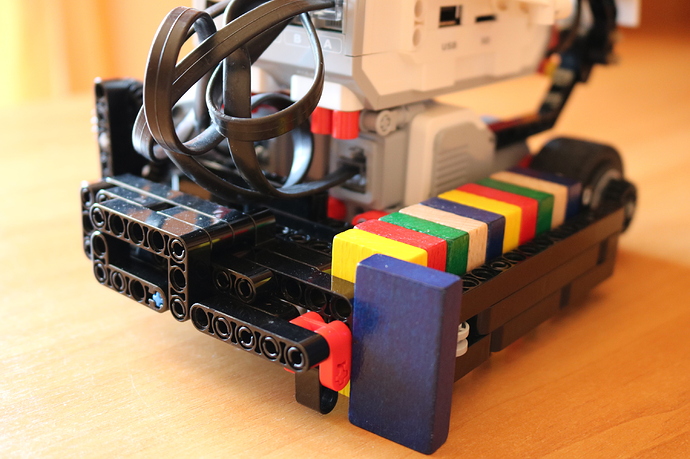 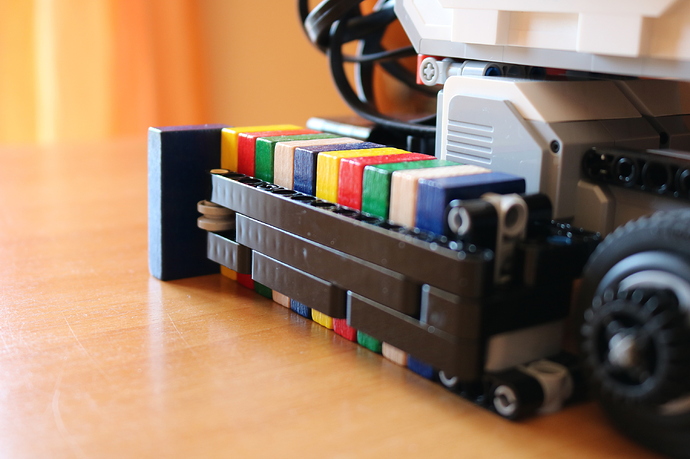 Here’s a video I made that shows in detail the Robot and how it works!
It’s the first video ever that I’ve edited and put together, so please don’t judge my skills too much

And there we go! Leave a comment and tell me what you think of it, and also a like if you liked the MOC. Bye!

Haven’t ever seen something like this before. Really impressive. Have just a few questions. Is the L-shaped thingy connected to the stacker by any pins or axles or is it just loosely fit in there? How do the wheels turn?

Also like how it looks nice aside from having a function.

Thanks for the kind words! I really appreciate it.

The L shaped holder is simply fit inside the slot, with no connections to the Robot, so that when the Robot is moving it can slide with the Dominoes. The steering is very simple: basically each large motor controls one wheel, and the Robot can turn by having one motor go faster than the other.
If you haven’t already, I suggest watching the video I made by clicking on the link. I feel like seeing it in action explains how it works a lot better than describing it with words.

I had watched it. Gotten confused because I couldn’t see the wheels turning when the stacker did. I didn’t consider that one motor was (or even could be) running faster than the other. I never worked with mindstorms, just the simple battery box + motor setup or spybotics module. Interesting stuff.

Great job! It lays the dominoes out very nicely.