Even More Combo Models from Slime

First off, we have The Nawibo:

This creature roams the mountains of Okoto, searching for Villagers to devour. With its infrared vision and sharp claws, only a Toa could stand to fight it...

So yeah, this is an Alt-Model of Obi-Wan. It came out a lot more basic than I originally intended, but I'm okay how it turned out. The IFB claws in the front flip around, but I forgot to take a picture of that...

Bootleg Level: 1/5
So this is where I explain how "bootleg" a model is, which basically means how stable it is, how many 'illegal' techniques it uses, etc. This one is is pretty solid barring the face. The face, while secure, is not terribly stable. With very little effort, one can shift it so the eyes are going everywhere. Again, I forgot to take pictures of this, but yeah. You kinda have to position it just right to get it like you see here.

Now we have my Crumbo Model made from the leftovers.

Next, we have The Lava Hawk:

A carnivorous bird of prey, the Lava Hawk is largely found in the Region of Fire. Using their razor-sharp talons and beak, they will attack smaller Rahi and feed them to their chicks. They usually leave Protectors and Villagers alone, but be careful not to get too close to their nests!

Yeah, this is a combo model of Narmato (Protector of Fire) and Kulta (Skull Grinder). Fun fact: Not including Ekimu and the Mask Stand, Kulta and Narmato have a single red pin. Have you ever tried to build something with no red pins? IT BE HARD YO.
Granted this combo didn't even use the one that i had, but that's besides the point

Bootleg Level: 1/5
Again, a pretty stable MOC. The reason that I have it on the scale at all is the head. The mask is under a bit of stress, and the blade on the top is kept in place by the mask.

Next on the agenda is The Protector Kaita, Kisuget:

JEWkaita1.jpg6016x4000 1.47 MB
Legends tell of an ancient ritual that allow the Protectors to unite into one being, the wise Kisuget. With its Blaster Hammer and Elemental Dagger, Kisuget would be a tremendous help in the battle against the Skull Spiders. If only the ritual could be discovered...

Okay, so this is a Combo of Kivoda, Vizuna, and Korgot. I tried to make a larger torso to reflect the nature of the Kaita, but that meant I had to make longer arms. This mean that I had to use THOSE STUPID ELBOWS and the 2 jointed legs. The weapons were admittedly the last thing I did, so they're a bit lackluster. And yes, that yellow bit on the shoulder bothers me too. I just didn't have a way to get around it.

Bootleg Level: 3/5
The torso on this thing is under a lot of stress. In addition, the shoulders tend to flop around a bit. Other than that, it's pretty good.

Now we have the Crumbo Model, Kamen Rider OO.

JEWkaita4.jpg6016x4000 1.58 MB
Using his Infinity Sword and Voodoo staff, he shall defeat the yummy creatures of the island!

Next up, we have my favorite combo, The Tarakea:

Tarakea1.jpg6016x4000 1.47 MB
What's scarier than a shark? A land shark. The Tarakea is amphibious, dwelling in both the land and the sea. It uses its powerful fists to knock out a foe, then devours them with its sharp teeth and claws. When underwater, it uses its tail to swim at high speeds. This creature might even be too much for a Toa to handle...

This is a Combo Model of Onua and Gali, and I love how it turned out. Most times, when I make these things, I have to go through many versions before I'm fully satisfied. But with this MOC, everything just came together amazingly. It started off being more of a lizard, similar to this: 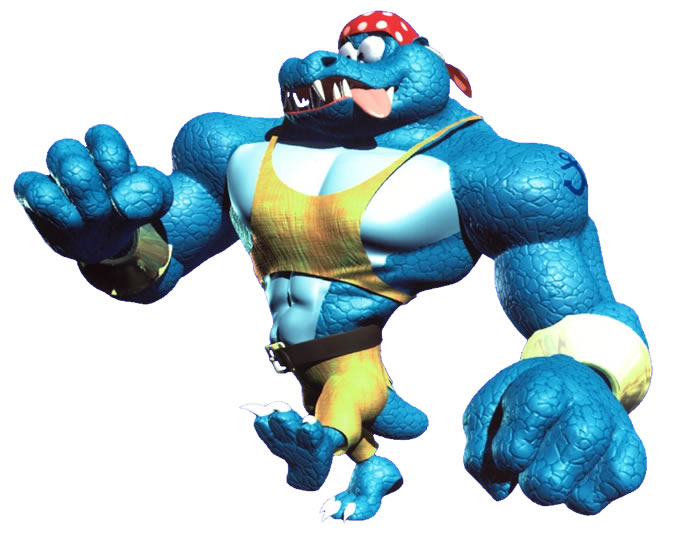 But then I added that jaw to his head, and I instantly knew he had to be a shark. Now he was a Lizard/Shark thing that had giant fists, so I decided I'd make him the G2 version of both the Tarakava and the Takea.

Bootleg Level: 4/5
Yeah, this one is a bit bootleg. The fin on the top is held there purely by friction, which means the head is entirely immobile. The way the torso armor is placed means the legs have to be splayed out like they are in the picture. Otherwise, the BA armor will pop off. I'm not sure, but the mask on the tail might also be under a bit of stress.

This MOC also came with a Crumbo Model:

Now we have The Ussal:

Ussal1.jpg6016x4000 1.6 MB
The Ussal is found in the Regions of Stone and Earth. A strangely docile creature, the Ussal can be domesticated and is often used as transport by Villagers. Using the horns on its head, one can control the motions of the Ussal, and even have it clamp its powerful claws!

This is a Combo of Pohatu and Skull Scorpio. I'll be the first to admit that this doesn't look a lot like a crab, so I decided this Ussal would be closer related to a beetle. Not much else to say.

Bootleg Level: 1/5
This is actually really solid. The only issues are the mask, which can kinda shift around a bit, and the claws which are not secure. At all.

Now for the Crumbo Model.

Lastly, we have The Messenger:

Messenger1.jpg6016x4000 1.49 MB
An odd little creature, Messengers are found all over the Ancient City. In days of old, they would transport materials for Ekimu and Makuta. Now that both are in a deep sleep, they roam freely, searching for a Mask Maker who will never return...

IDK, I'm not super behind this MOC, but figured I'd post it regardless.

Bootleg Level: 1/5
This MOC would be a 0/5 on the Bootleg Scale were it not for the stress on his mask. Other than that, it's a pretty legitimate model.

So an interesting part of the Messenger is its ability to transport tools for the Mask Makers, for example, a shield, or a Hammer, or a wrench/claw...thing.

Last but not least, we have the final Crumbo Model:

tune in next time for something idk

I shall call him Spot. The helirahi, complete with detachable wings, a decal, weapons, and a computer shaped like a head.

The Ussal is my fav, especially with the use of the burnt orange.

These are pretty cool! I especially like the Tarakea and the Lava Hawk; they seem to be the most aesthetically consistent.

The head of the the Tarakea is absolutely brilliant. Definitely gonna use that eventually.

These are some pretty great models. I look forward to seeing more!

Next, we have The Lava Hawk: Lastly, we have The Messenger: Only one message comes to mind when I see this creature;
FEED ME!

The head of the the Tarakea is absolutely brilliant. Definitely gonna use that eventually.

Thanks! It's actually a modified version of my Razor Whale's head,

but I like the newer one a lot better. Just bear in mind that it's not very mobile if you use it.

Yeah that's what my sister said...

Only one message comes to mind when I see this creature;
FEED ME!

But really, I like the simplicity of the design! It really works here!

I love, love, love the designs of the Nawibo and Ussal.

But really, I like the simplicity of the design! It really works here!

Which one are you talking about?

I love, love, love the designs of the Nawibo and Ussal.

Oh, gotcha!
In case you didn't know, that came from this topic

I, actually, have seen that topic!

these are great! The Ussal is mah fave

Nice! These are all great.