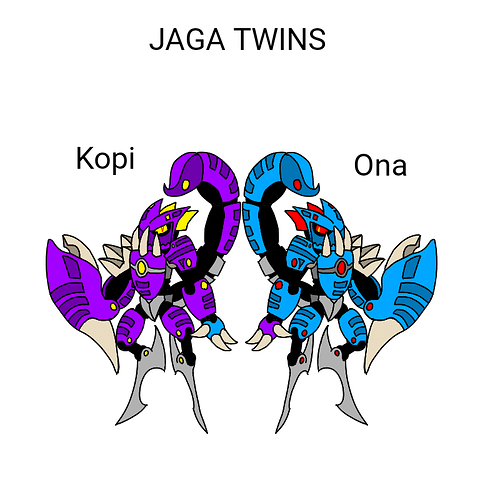 2 nui jaga strived for battle, 2 of them became ratoa after the mysterious energy caused them to pre-evolve. both of them share the same element, same mind, same rahi abilities.
together they make a huge nui jaga. and there fighting at the underground toa arena for freedom, because they where mistaken as toa due to there mask power they both hold, the twin masks of transfer allows two of them to switch places via teleportation.