Exodus: The Lego-built Series That Never Was 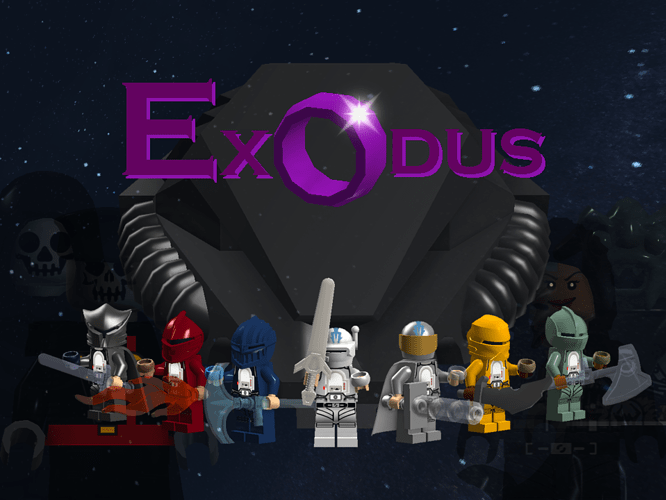 In the beginning, there was the Ring of Creation. And through the use of its power came forth our world, Exodus. But, in order to perfect the world in which we live, the other rings were created:

The Ring of Winds, so that winged creatures can fly and all animals can breathe.
The Ring of Flames, so heat and fire could repel the chill that winds can bring.
The Ring of Water, so fires won’t engulf the world in endless drought.
The Ring of Earth, so oceans don’t flood the entire planet.
The Ring of Shadows, so the weak and weary can rest in the shade and nights.
The Ring of Light, so we may all see under the gaze of the stars, moon and sun.
And, The Ring of Essences, so that all the others may flow in balance.

All seemed as it should be. However, it is well known that Destruction is the brother of Creation, and always follows close behind. As a result of this, the being known as Confusio, wielder of the Ring of Creation, was slowly forced into a state of chaos, for both creation and destruction cannot exist together in one state. Fearing what would happen if he used all the other rings; he gave them to the great monks that lived high in the mountains. After this final task was done, chaos finally took hold. The monks managed to combine the powers of the rings of Shadows and Light to remove the Ring of Creation, and used the remaining four to seal this chaotic force away into the planets core. The eight rings were locked away, and the Ring of creation was forbidden from being used ever again.

Yet, it was foretold that a Master of Essences, who could master the Ring of Essences’ power, would be discovered and identify a Master for the other six Rings. The role of these seven warriors is to safeguard the Ring of Creation. Such events came to pass and six Masters have been found:

Platinum, the Master of Essences. 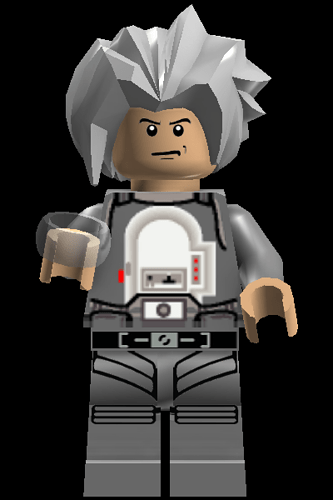 Claire, the Master of Winds. 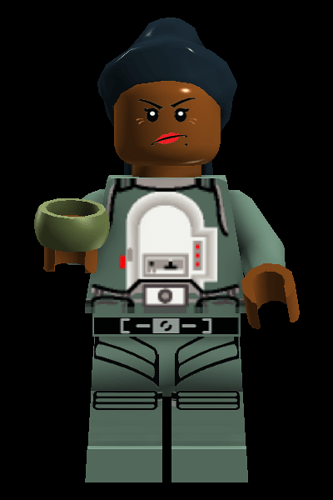 Flint, the Master of Flames. 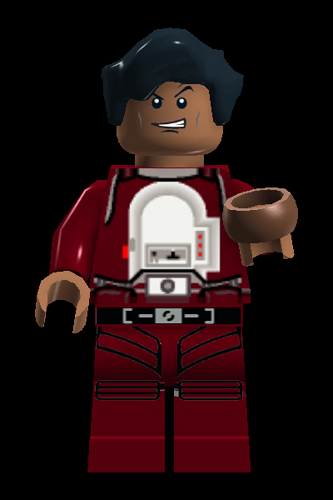 Crystal, the Master of Water. 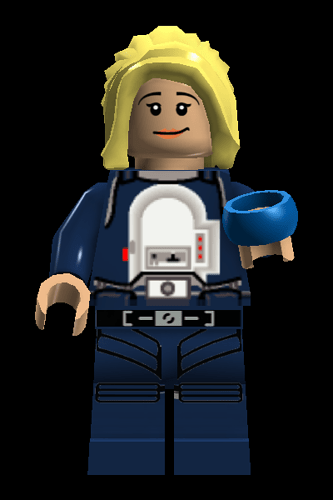 Noah, the Master of Earth. 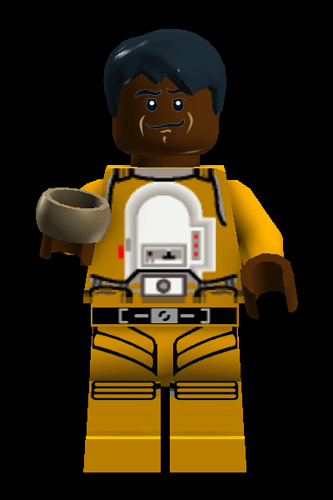 And, Derak, the Master of Shadows. 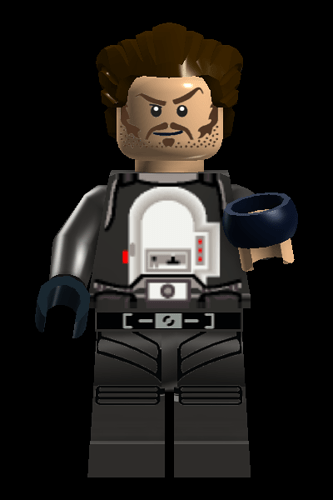 As of now, the Master of Light has not been found. 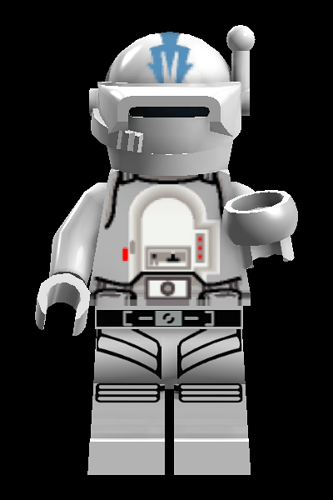 For somehow, the Ring of Creation was stolen, and used by one called the Shadow Emperor. 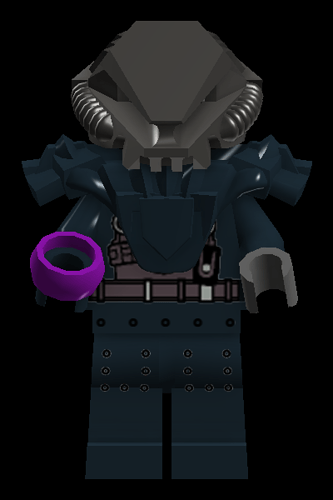 Character Emperor.png400×600 86.2 KB
He created a vast army of skeletal beings, and began to conquer Exodus, leaving the Masters to protect the rest of the world.

This tale is their story…

This is a series that I came up with a few years ago. Sadly, I never finished it. But, I will Post what I did finish in this topic. BTW, there will be story spoilers in this topic, as I don’t plan on adding anything new to Exodus.

Derak, the Master of Shadows

NO!
this is the master of shadows 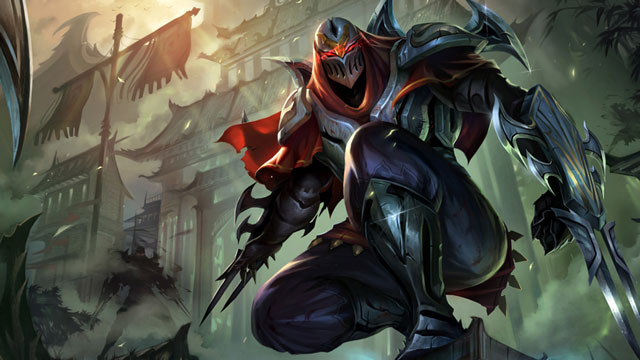 At one point, I decided to build a Spaceship. The result was a tie-in model.

Complete with landing gear (kind of)… 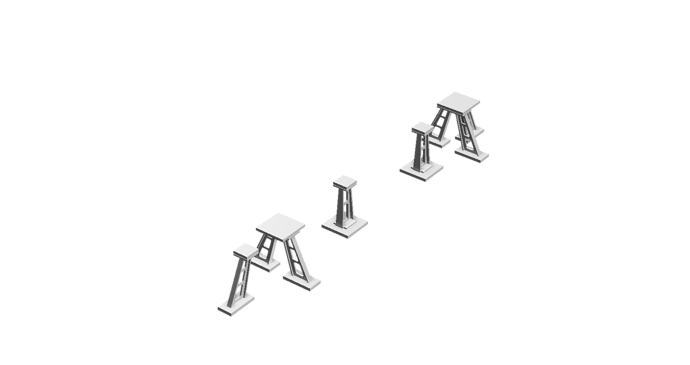 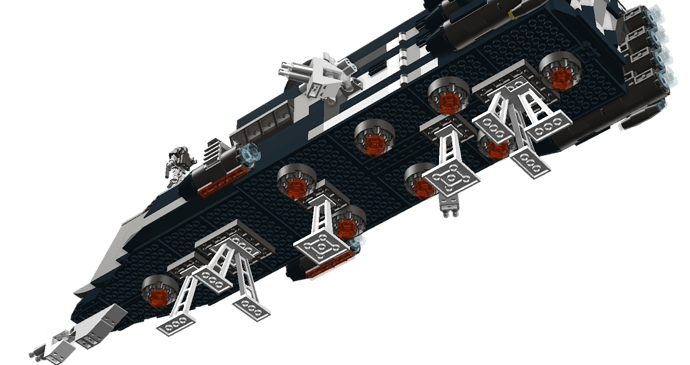 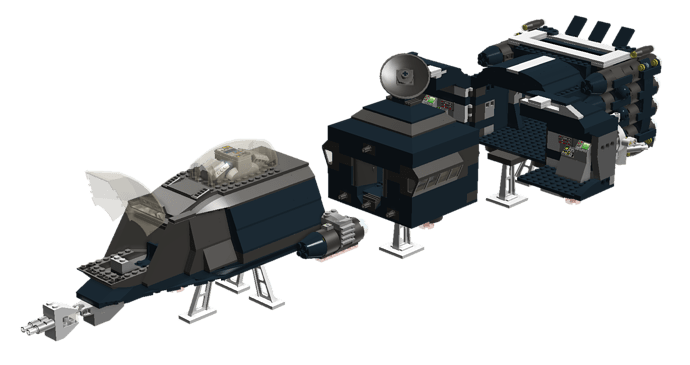 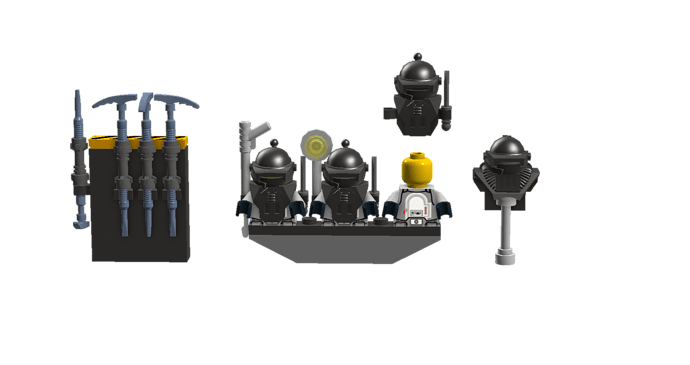 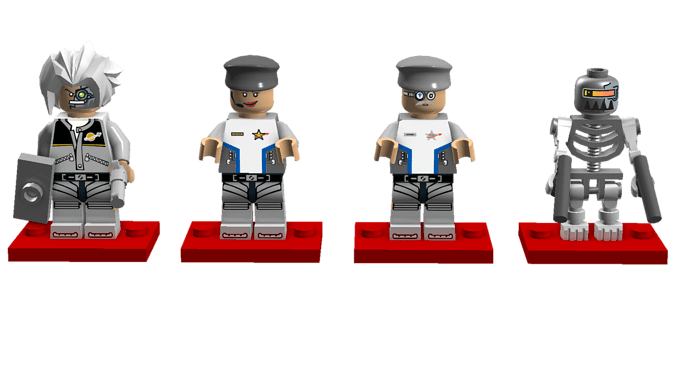 ship crew.png1680×889 286 KB
The characters (from left to right) are; Young Platinum, Unnamed Pilot, Unnamed Doctor (the inventing kind, not medical kind), and an Unnamed Robot.

Storywise, the crew of this ship go through a portal of sorts (I wasn’t kidding when I said this was UNFINISHED) and end up on Exodus. The crew members age somewhat somehow (I don’t quite remember what was going through my brain at this time) and a bunch of other stuff. 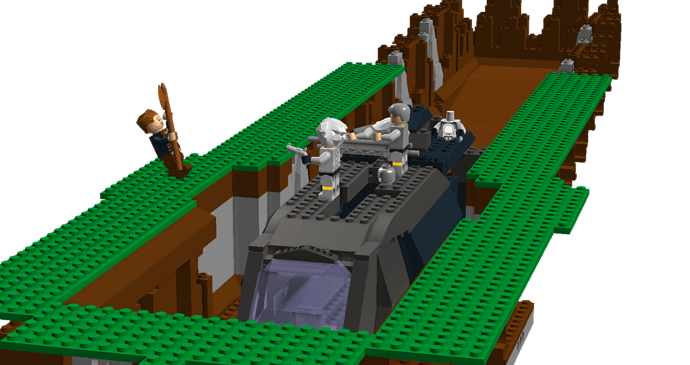 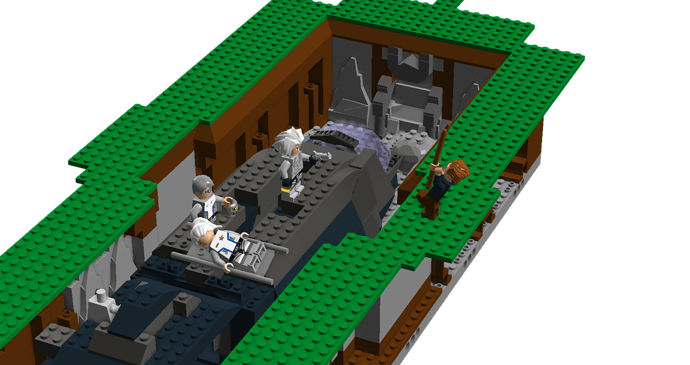 This looks like an ruin, but I’m not sure… 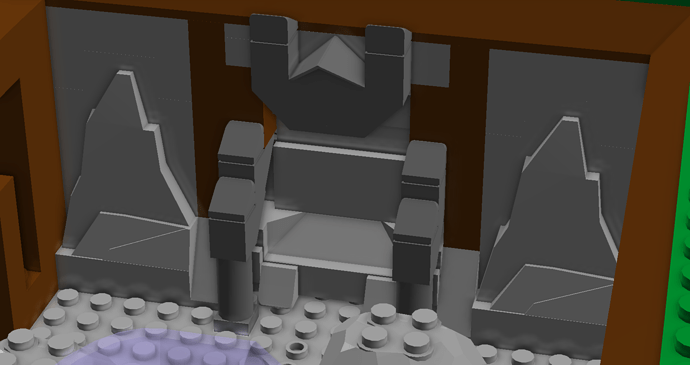 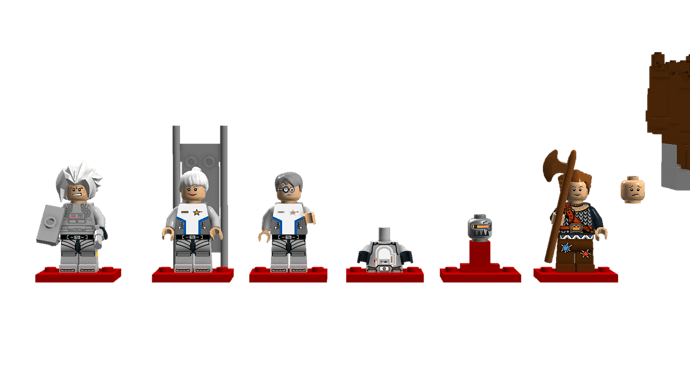 Well, here’s the issue. It started off good, but I lost interest in it. If you don’t have enough interest in what you’re making, the quality of it will suffer.

@Adazai I know I was trying to make a joke lol

Well Bionicle did inspire this concept.

In the story, The Ring of Light’s Master hadn’t been discovered yet. The Shadow Emperor’s forces were always one step ahead of the Ring Bearers, using a strange fog that only pure light could dispel. In a last attempt to find the Master of Light, a contest was held to find them. A young man named Adazai (Not me, a different person) showed up, after his grandfather was abducted by the Shadow Emperor’s soldiers. As seen here, he won the contest… 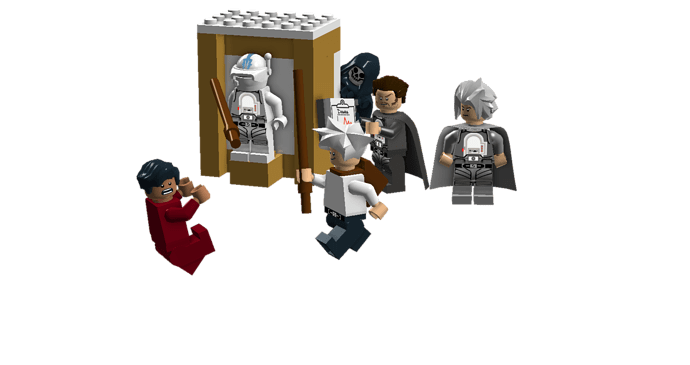 Hmmm? Is that a spy? The Emperor’s Informant was a witness of Adazai receiving the Ring of Light.
The figures seen here? 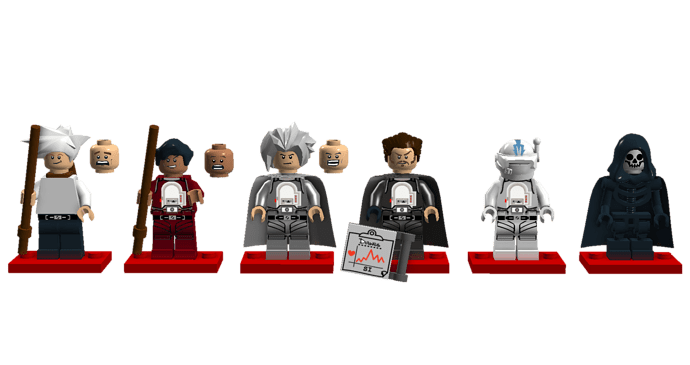 The figures seen are (going from left to right) Adazai, Flint, Platinum, Derak, the Master of Light armor, and the Informant.

So you might be wondering, who is the bad guy? Well, here he is! 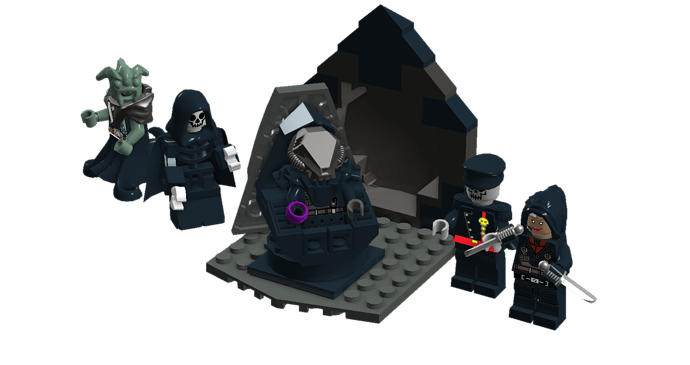 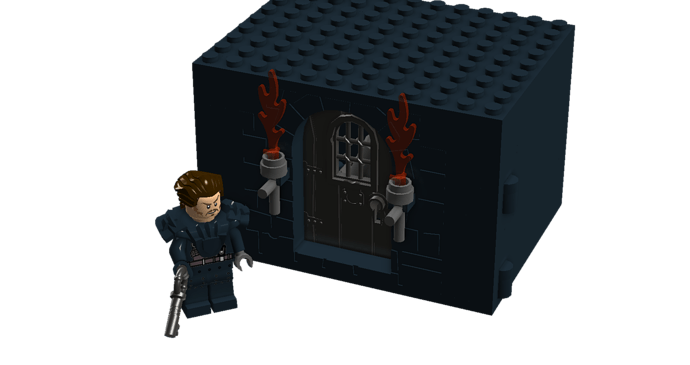 If this were a set, it would include the Emperor’s throne, the room that houses his helmet, 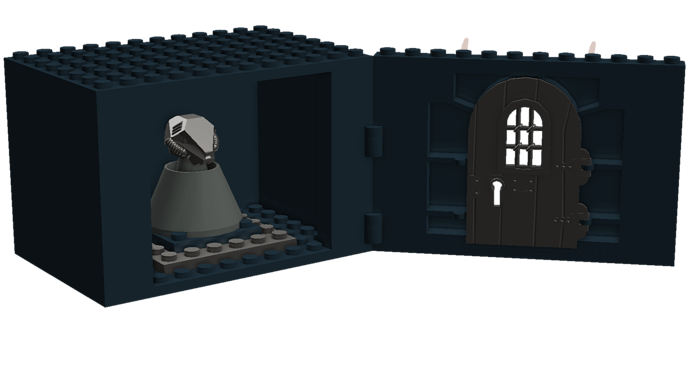 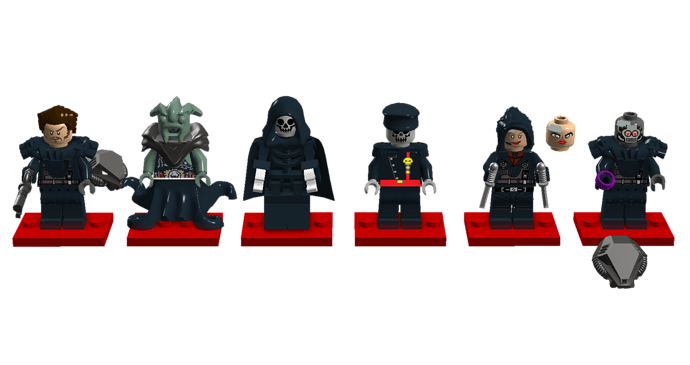 bad base figs.png1680×889 311 KB
(going from left to right) Derak (in his Emperor outfit), the Scientist/Omega (I got the character idea from the Clutch Powers movie), the Informant (This is the old version), the Commander (Want to distract him? Knock his hat off. It works EVERY time.), Dente (She was abducted at a young age and was genetically modified and turns out to be Crystal’s twin. Both of whom are Platinum’s and the Unnamed Pilot’s children. Platinum is a horrible father BTW, He left his own kid at an orphanage and would only interact with her[Crystal] years later!), and the Decoy Emperor.

I said there’d be spoilers!