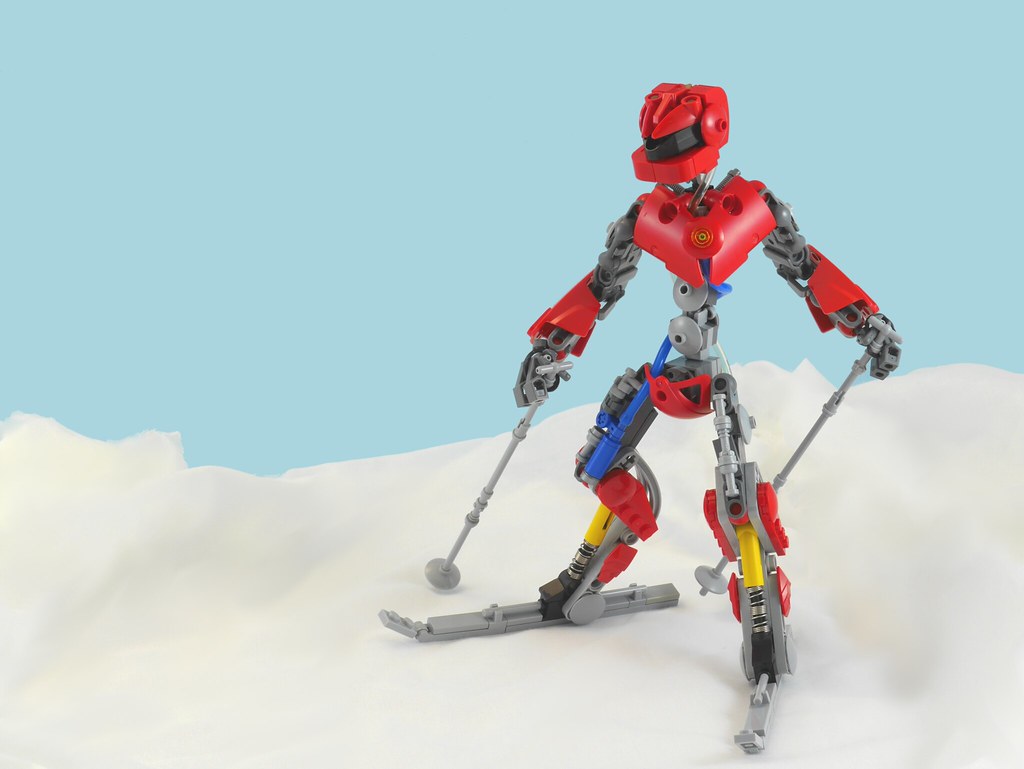 For the 4th round of the 2017 Biocup against Leonid. This round our theme was Winter Sports.

In the near future a new form or sportsmanship is built around teams of engineers creating the fastest humanoid robots to compete against each other in modern sports.

One of my first time’s trying out some greebly stuff. Originally I wanted to make a male-like Snowboarder and female-like Skier but I didn’t get the time.

Dang, this guy has such an awesome build and colorscheme! That helmet, especially, looks really great. Would you be willing to give instructions for it, perhaps?

I agree, that helmet design and chest armor are really unique. Nice work!

I love those legs, the way they merge into the skis!

Shaping is nice, that bit of blue is a nice touch

Very good! The yellow in the legs stick out but the moc is so good that it doesn’t matter

I love it, as most everyone does I assume. You eluded to make a male snowboarder and a female skier. This is a female moc then, correct?

Originally intended to be yes, but it ended up looking a bit androgynous so it could be whatever.

Those are some nice proportions.

Moc looks fantastic as usual. I love the use of tubes. edit

Very nice shaping! Good use of the Technic suspension in the legs.

There won’t be ice though.