Here’s some more work I’ve been doing for @MaximusPrimal . It’s taken a little while to do it, which is in part due to me being tired of working on my old laptop (which has no battery, constantly has to be plugged in, never runs my tablet drivers for my drawing tablet, and isn’t even supported by microsoft anymore!). However, now I’m starting to feel a little sentimental, as this is the last drawing I’ll ever do on my old computer. I now have a new computer, with a new drawing software, so I’ll probably be doing a lot more digital art, as it’s easier for me now. I’ll miss my old computer, but I’m grateful for the upgrade.

Anyways, I’m really proud of the design. As with always, if you have any questions about the lore behind it, ask Maximus. It’s supposed to go along with the Tournament of Terror RP (which you can learn more about here.). Also, This is supposed to be the robot mode of the Sleipnir, which I drew a few months ago. Anyways, let me know what you guys think! 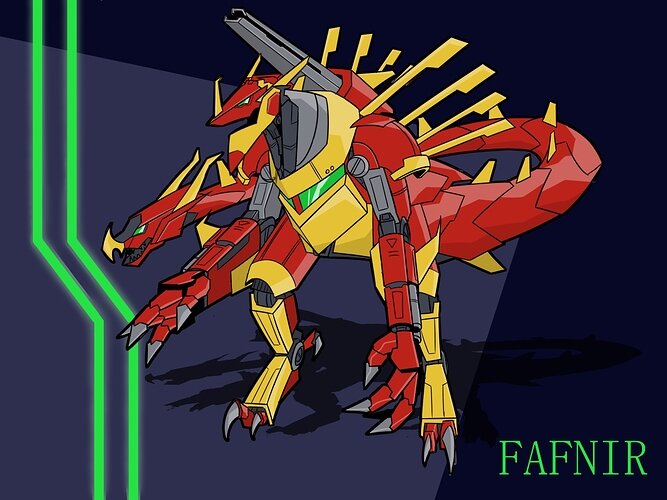 (Also, for anyone who asks about the text I chose, I liked it because it reminded me of Evangelion)