Ahkay, decided to bite the bullet and upload something from Webcam. It’s my only option right now other than LDD, and I’m too weak-willed to wait until I can get a camera or proper phone. As such, here is Falchion!

Constructed by my Self-MOC Nyne, given sentience by the Great Being [REDACTED] and trained by my other Self-MOC Niter, Falchion is the leader of the Spherus Droid Mission, a group of robots designed to take assignments across the many terrains of the unbreakable planet Spherus Magna. He is not a specialist like the rest of his comrades, being an adaptable construction that can function at full capacity in nigh any environment, from the vacuum of space to the deepest ocean trench. He wields his eponymous Energy Falchion, which has a variform edge that may be thin as an atom or a broad bludgeon, as well as his Disc Former, which acts as a lightning rod for energy-based attacks, absorbing them and condensing the power into a concussive, ricocheting disc of destruction. He carries within him the Adaption Core, which analyses the surroundings and will reconfigure his armour on a molecular level depending on what sort of dangers it needs to tank, dissipate or repel.

In my story, he is the first of his team to be transported to the Great Spirit Robot to assist Niter and Nyne, and due to his Adaption Core, is the only one including both Nyne and Niter to retain his memories. 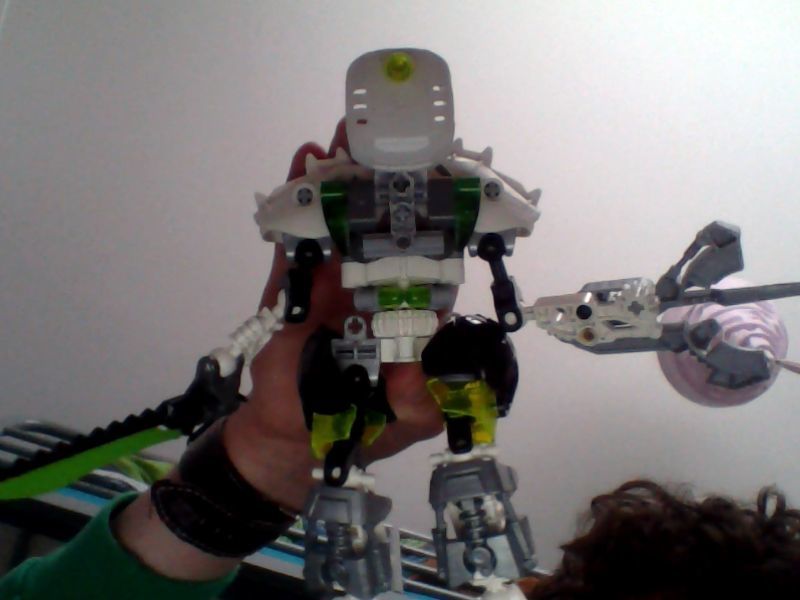 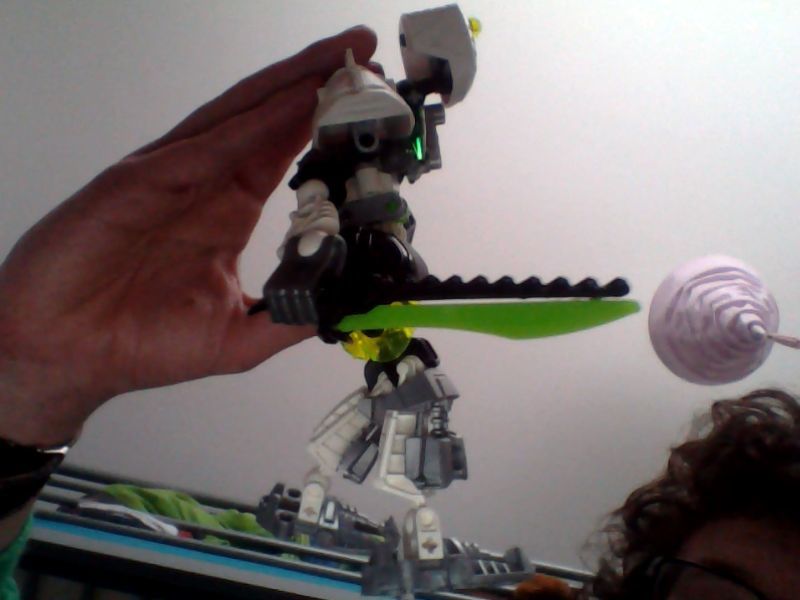 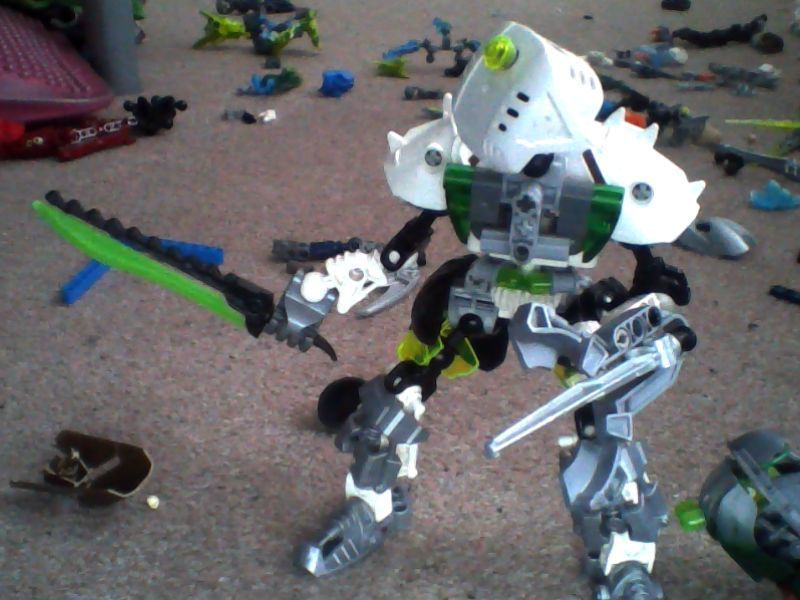 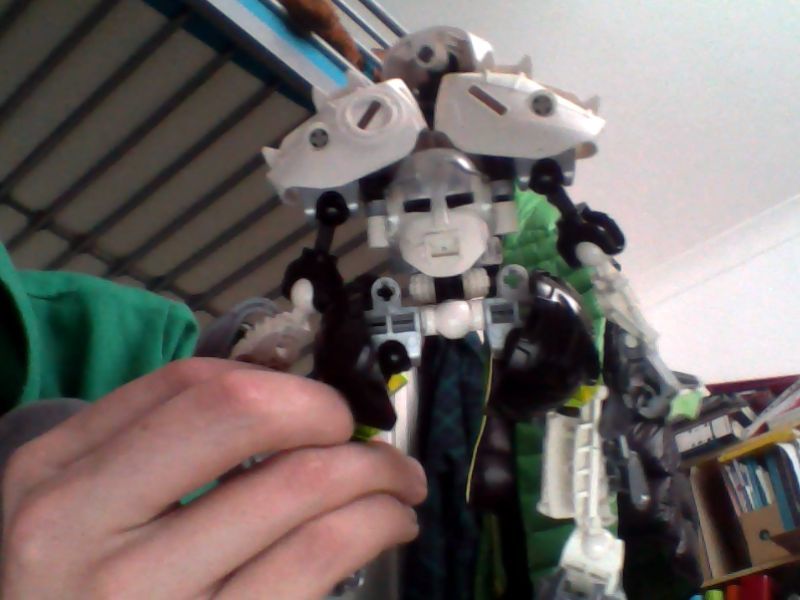 Excellent usage of the Nuju masks!

Thanks! I find it amusing to construct a MOC where the shoulders are head-pieces and the head is a shoulder-piece.

I think the black on trans-green armor looks out of place. I like just about everything else.

Wait
is he
OMH

Agreed, yeah. It was the only piece that really worked there for me, but I’ve been unsure about it from the start. I’ll try to work on something else.

@CupHead5998 Ahaha, that’s the blade I was going for alright. I was going to try a Messer, but I couldn’t create a good nagel that wouldn’t force the sword to be massive.

No he is this 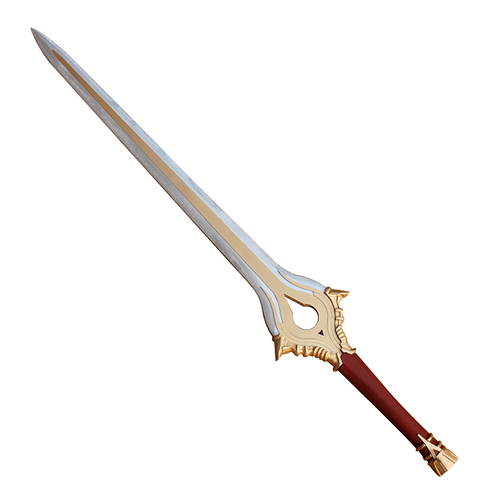 Eye twitches. That… that Fire Emblem blade is the most misnamed sword since the Air Katanas.

I know your pain.

The torso is nifty. Good use of the hordika masks.

Thanks! The next Droid on the list has Piraka Skull shoulders… I’ll have to wait and see how that little experiment holds up.

What did you use for the head?

The shoulder for the old Hockey Player constraction-ish set.

Not bad. this guy has a lot going for him.